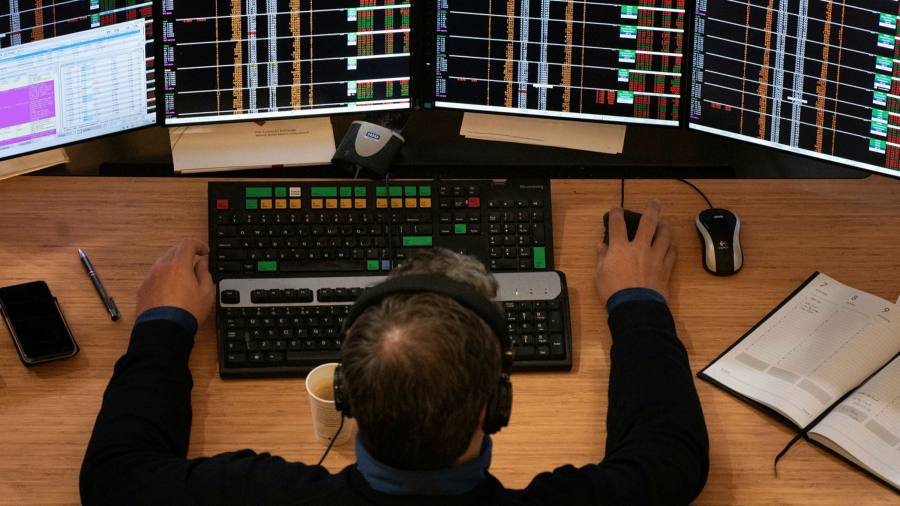 Good morning. Investors are selling stakes in private equity and venture capital funds this year at the fastest pace on record, as the downturn in equities spreads to private markets that boomed thanks to low interest rates.

Pension and sovereign wealth funds were among sellers of $33bn worth of stakes in private funds in the first six months of 2022, up from $19bn in the same period in 2021, typically selling them below face value, according to Jefferies.

The sell-off follows a decade of surging allocations to private markets, which have grown since the financial crisis and cover buyout firms, venture capital and real estate funds.

The stake shedding also casts doubts on the ability of these groups to sustain the fundraising that has transformed them into a major force in global dealmaking.

Pension funds said the shift to ditch stakes was partly triggered by steep declines in stock markets, which left portfolios too exposed to buyout funds and other private investments whose value has not been marked down in the same way.

Happy Monday and thanks for reading FirstFT Europe/Africa — Jennifer

1. US Senate passes Biden’s $700bn economic package The climate, tax and healthcare bill known as the Inflation Reduction Act was passed by a margin of 51 to 50 after a marathon overnight voting session that gave President Joe Biden a major political victory just months before midterm elections.

2. UK investment fund largely backed ‘zombie businesses’ The government’s £1.1bn Covid-19 venture capital fund has been mostly invested in what one director called “zombie businesses”, leaving it with “a significant tail of dormant companies”, according to documents seen by the Financial Times.

4. Israel and Islamic Jihad announce Gaza truce Following three days of the worst violence in more than a year, Israel and Palestinian Islamic Jihad have agreed a ceasefire. The truce, which was brokered by Egyptian officials, was due to take effect at 23.30 local time last night.

Corporate earnings News Corp releases fiscal-year results, while Porsche publishes results for the first half. Quarterly earnings are due for AIG, NTT Group and BioNTech.

Joe Biden visits Kentucky The US president has said he will visit eastern Kentucky to visit families affected by fatal floods. At least 37 people died and hundreds were displaced in the state following record rainfall in July.

Households at breaking point People on low incomes in the UK are facing increasing precarity, with the rising cost of living stretching budgets to their absolute capacity. A single change in circumstance, from the end of a relationship to a pet’s death, can be enough to tip them over the edge.

Kenya’s final election push Veteran opposition leader Raila Odinga has been bolstered by an endorsement from his former adversary, outgoing president Uhuru Kenyatta, transforming the former political prisoner into an establishment candidate. But he is neck and neck ahead of tomorrow’s poll with vice-president William Ruto, who has cast himself as a political outsider.

The end of the warehouse bubble The pandemic put industrial sheds at centre stage of commercial real estate since they were less vulnerable to Covid-19 lockdowns than offices and shops. But now, warehouses are suffering from rate rises and cooling demand as the global economy causes a slowdown in ecommerce.

Climate, war and inflation jolt reinsurers into action Claims for natural catastrophes and pandemic-related losses have wiped out a large part of reinsurers’ profits in the past few years, causing the price of coverage to rise — and the options to shrink for insurers looking to pass on risks.

Why airports lose your luggage Baggage blunders in airports have increased 17 per cent since July 2019. Staff shortages and the logistical complexities of connecting flights are both to blame. Heathrow, the UK’s main airport, has a third fewer airline ground handlers now compared with pre-pandemic levels.

If you are in the market for child-friendly electronics, check out this tech for mini maestros, gamers — and insomniacs.

Which Developed Country Will Be The First To Adopt Bitcoin? – Bitcoin Magazine