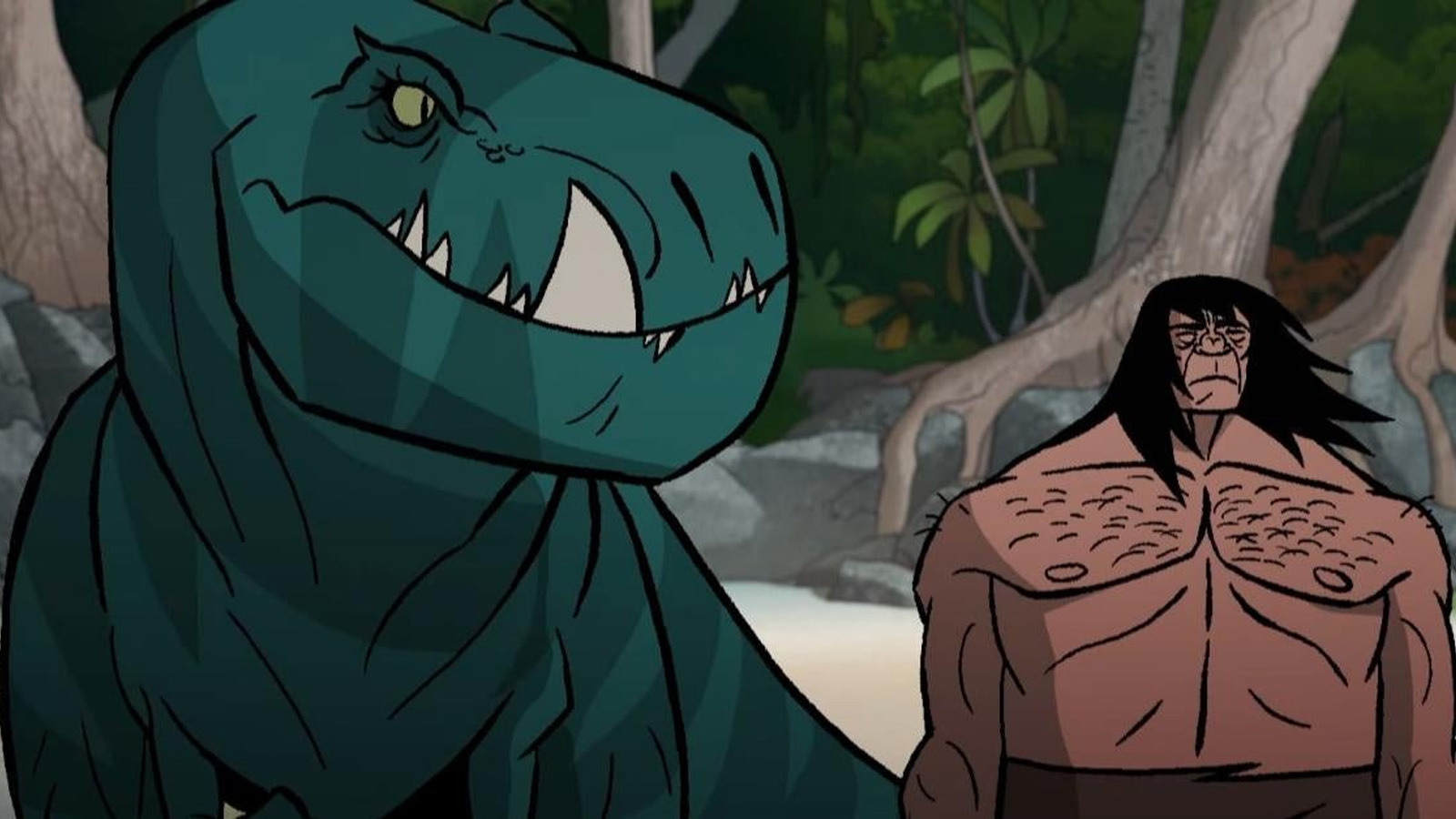 
Tartakovsky’s crossroads came after the introduction of Mira, a woman whose rational thinking, communication, and ingenuity implied the existence of an intelligent and more evolved civilization. That was always the plan for “Primal,” but once Mira appeared, changes needed to be made immediately:

“After that [Mira], that’s where we got into a pause for a bit to figure out where we’re going to go. Originally, of course, you have to do Egypt, right? Because that’s one of the first civilizations with the overlord Pharaoh and slaves, but that’s where it really broke for me. It just did not feel right at all. We restarted, and as I was digging through history, I came upon something that I never encountered before in early civilization. I got so excited for it, and it was the perfect vehicle for us for the second half of the season.”

Tartakovsky’s original idea of incorporating Egyptian civilization in “Primal” sounds enticing. Still, his discovery of something more intriguing to him in an entirely different society is just the kind of ingenuity that made “Primal” successful in the first place. Tartakovsky’s excitement should get us excited, as I personally can’t wait to see what exquisitely animated and hyper-violent adventure Spear and Fang go on to next, knowing that the upcoming episodes will feature that new historical discovery.

What’s next for Joe Gebbia after Airbnb

How to Get Sexually Creative, according to 6 Experts