What Bangladesh can teach others about development 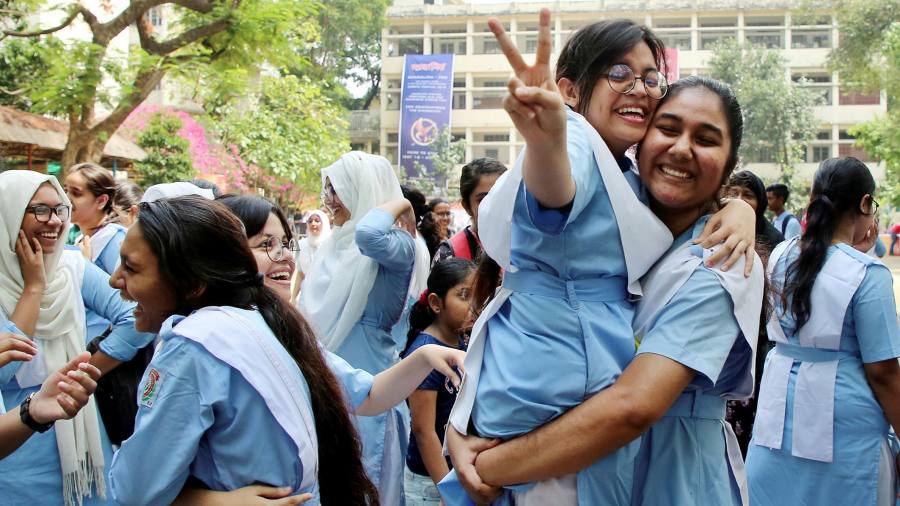 
Name a country with a per capita income of less than $500, where women have on average 4.5 children and where 44 per cent of people live in extreme poverty? The answer is Bangladesh — circa 1990.

Today the country, for all its problems, is transformed. GDP per capita has increased eightfold. Women have two children on average, meaning parents have more money to devote to each child’s education, health and wellbeing — and banks have more savings to recycle to industry. The proportion of people living in absolute poverty has more than halved.

The position of women has greatly improved. More girls are in secondary school than boys. In 1971, when the country became independent, one in five children died before the age of five. Today that figure is one in 30.

One must not exaggerate. Bangladesh remains poor. It struggles with political turmoil, environmental peril and high levels of corruption. Only this week it approached the IMF for a multibillion-dollar loan. But if you take the long view, Bangladesh — once dismissed as a “bottomless basket” by Henry Kissinger — is a development success.

In this, it holds lessons for many parts of Africa, though it is rarely mentioned as a template for development. South Korea and Singapore are frequently cited, but no African country has come close to matching their success.

Bangladesh offers a glimpse of what is genuinely possible and a rebuke to those who see past national performance as a guide to future prospects, as well as to those who write off an entire continent. Independent Bangladesh emerged from civil war and quickly saw famine and political assassination. From this unpromising start came a version of success.

Stefan Dercon, a development economist at Oxford university, attributes this to three main factors. First there is the textile industry whose exports grew from $32mn in 1984 to $34bn today. In 2020, Bangladesh earned twice as much from garment exports as all 54 African countries combined. Second are the remittances. Bangladeshis working abroad sent $22bn home last year. Third, according to Dercon, is the role of non-governmental organisations like BRAC and the Grameen Bank, which provide a safety net and give some poor people a lift.

In none of this, argues Dercon in his book Gambling on Development, did the government have a “grand design”. Rather, it stayed out of the way. It refrained, for example, from killing the nascent textile industry and let NGOs work unhindered. True, Bangladesh has grown by exploiting its own cheap labour, sometimes at horrendous cost. More than 1,000 garment workers were crushed to death in the Rana Plaza tragedy of 2013. Yet every industrialising country, from Britain with its pestilent Victorian slums, to Japan with its Minamata mercury poisoning scandal, has gone through similar horrors.

Charlie Robertson, chief economist at Renaissance Capital, also puts Bangladesh’s development success down to three factors. (Economists like threes.) His are literacy, electricity and fertility. In his book The Time Travelling Economist, he argues that the prerequisites for industrial take-off are adult literacy above 70 per cent, electricity supply above 300 kWh per person and a fertility rate below 3 children — all tests that Bangladesh passes.

Many African countries have literacy rates above 70 per cent, meaning they have a ready-made factory workforce. But few countries can provide reliable electricity at competitive rates. Most, from Guinea Bissau (21 kWh per capita) to Ethiopia (82 kWh) and Nigeria (150 kWh), fail to clear Robertson’s 300 kWh hurdle.

Robertson’s insistence that countries can’t prosper unless the fertility rate falls below 3 is a controversial one. But there is a direct correlation, he says, between family size, household savings and the availability and affordability of bank lending for industry. Bangladesh has a rate of loans to GDP of 39 per cent, against 12 per cent in Nigeria. Its fertility rate is 2 against Nigeria’s 5.2.

Bangladesh today is where South Korea was in 1975, when it was on the cusp of a miracle. Several African countries meet or nearly meet Robertson’s criteria for lift-off. Honest and forward-thinking governments undoubtedly help. But Bangladesh shows that there is a muddle-through path towards prosperity too.