The Edge Was The Most Violent Sketch Comedy Show Ever Made 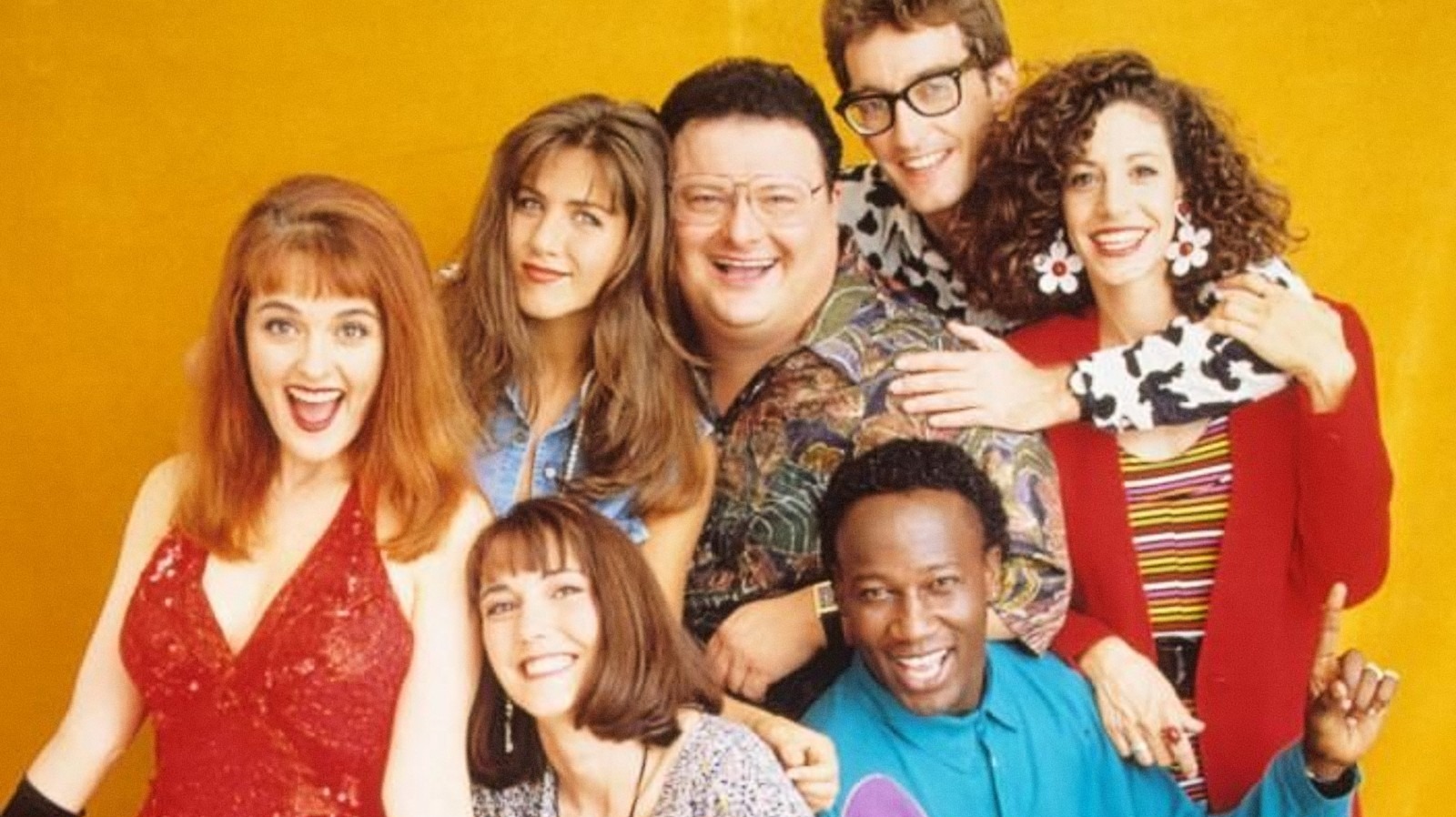 
Any mention of “The Edge” in 2022 will first make mention of its cast of then up-and-comers who would go on to larger hit projects. Jennifer Aniston (“Friends”) was among the main cast, as was Wayne Knight (“Seinfeld”) and Tom Kenny (SpongeBob himself). Also on the main cast were Carol Rosenthal, James Stephens III, and Jill Talley. Paul Feig and Alan Ruck appeared in a few episodes, and animated bumpers in between sketches were provided by star animator Bill Plympton.

“The Edge” was sick, and that is a high compliment. Almost every single one of its sketches ended in death or violence. Buckets of blood were spilled and guns were frequently fired; one of the show’s more notable segments was “Armed Family,” a sitcom spoof wherein every character was disastrously trigger happy. In one of the cast-killing opening sequences, the comedians were shot up with arrows. In another, the cast was run down by a truck. In another still, an enormous blade decapitated them all in one grand swing. “The Edge” took place in a universe wherein Jennifer Aniston would incur mockery from her co-stars upon revealing that her bowling ball bag contained a nothing more than a mere bowling ball. Everyone else carries bloody severed human heads in theirs. “Come back! There’s blood on it!” she shouted after them.

Brown also featured multiple send-ups of the way women’s bodies were objectified by the media, and a running gag featured models in bikinis leaping on camera at the end of a sketch, accompanied by the on-screen caption “SWEEPS WEEK.” What better way to bolster ratings than models in bikinis?

There is too much additional greatness to relate here. Seek clips on YouTube for more.

How the iPhone 13 Pro became my only digital camera