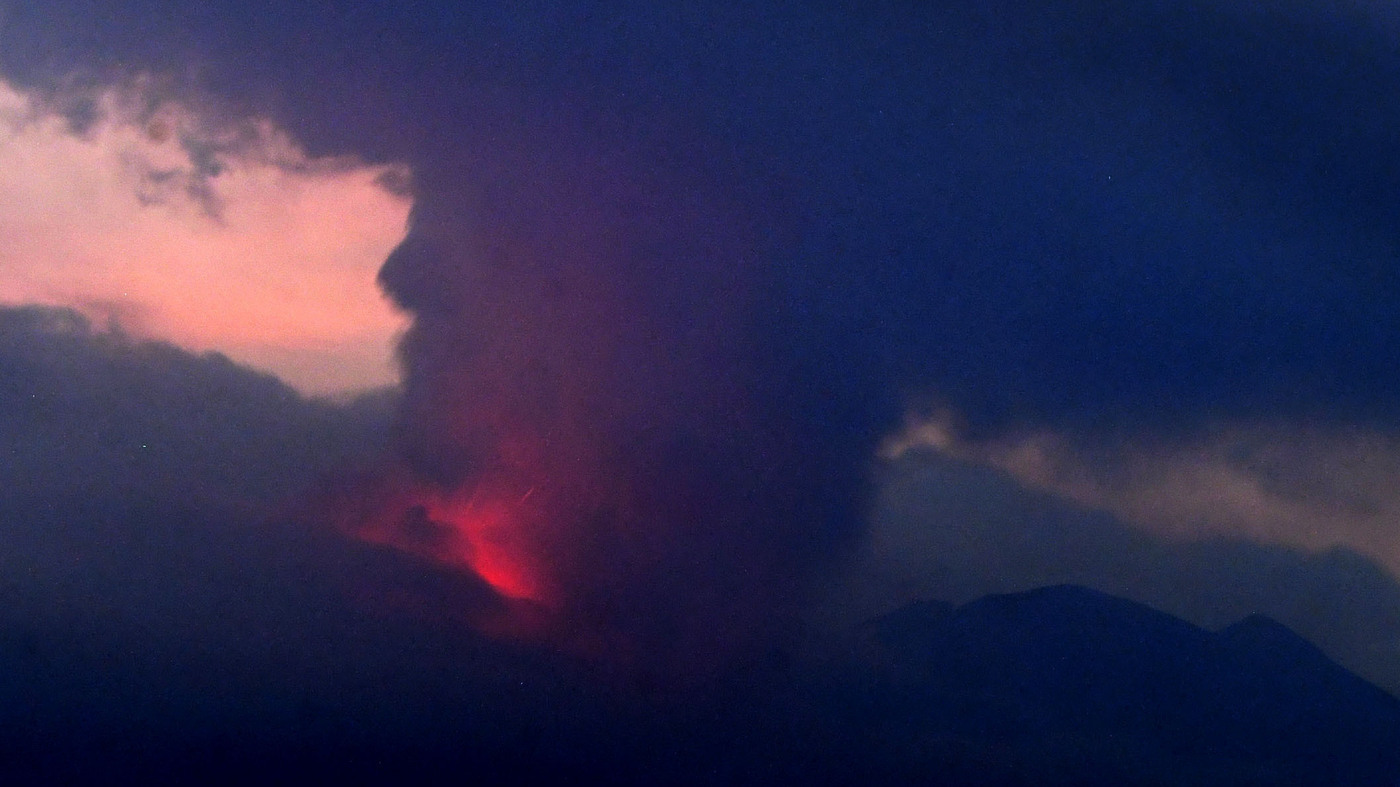 This long exposure image shows the eruption of volcano Sakurajima Sunday night in the view from Tarumizu city, which is in Japan’s southern prefecture of Kagoshima.

This long exposure image shows the eruption of volcano Sakurajima Sunday night in the view from Tarumizu city, which is in Japan’s southern prefecture of Kagoshima.

TOKYO — A volcano on Japan’s main southern island of Kyushu erupted Sunday night, spewing ash and rocks. There were no immediate reports of damage or injuries in nearby towns but residents were advised to evacuate.

Japan’s Meteorological Agency said Sakurajima volcano erupted at around 8:05 p.m., blowing off large rocks as far as 2.5 kilometers (1.5 miles) away in the southern prefecture of Kagoshima.

Footage on Japan’s NHK public television showed orange flames flashing near the crater and dark smoke of ash billowing from the mountaintop high up into the night sky.

“We will put the people’s lives first and do our utmost to assess the situation and respond to any emergency,” Deputy Chief Cabinet Secretary Yoshihiko Isozaki told reporters. He called on residents in the area to pay close attention to the latest update from the local authorities to protect their lives.

The agency said it has raised the eruption alert to the highest level of five and about 120 residents in two towns were advised to leave their homes.

The agency warned of falling volcanic rocks in areas within 3 kilometers (1.8 miles) of the crater and possible flow of lava, ash and searing gas within 2 kilometers (1.2 miles).

Sakurajima, about 1,000 kilometers (600 miles) southwest of Tokyo, is one of the most active volcanos in Japan and has repeatedly erupted. It used to be an island but became a peninsula following an eruption in 1914.