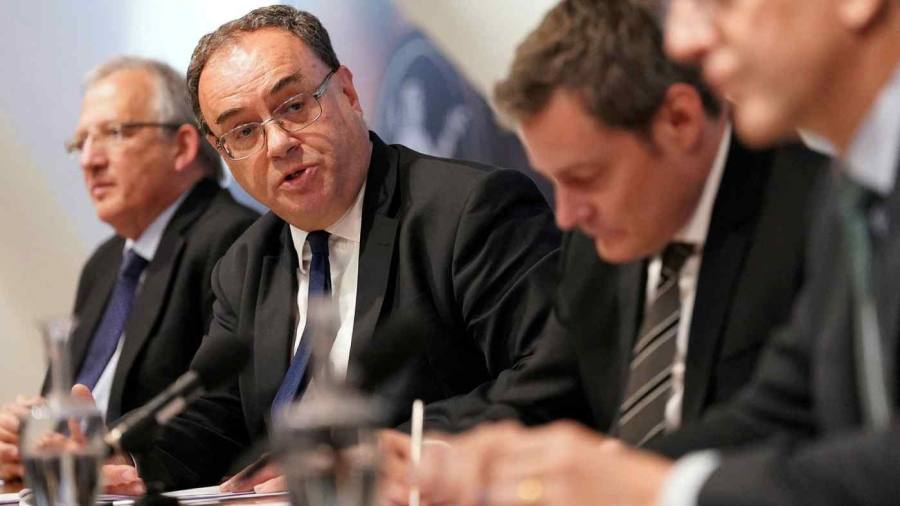 A government plan to deregulate the City of London and foster a post-Brexit “Big Bang” will trigger a battle this week with the Bank of England, which is seeking to defend its regulatory autonomy.

A radical Financial Services bill, drawn up by former chancellor and Tory leadership contender Rishi Sunak will be published on Wednesday. It will pave the way for ministers to be able to “call in” regulatory decisions made by the BoE that they do not like.

Nadhim Zahawi, who succeeded Sunak as chancellor this month, will endorse the plan for a more “growth-focused” approach to City regulation in his Mansion House speech tomorrow.

Boris Johnson, outgoing prime minister, is said by allies to be particularly “impatient” with regulators over their resistance to reforms to the EU’s “Solvency II” regime. The reforms are intended to loosen capital rules for insurance companies to release cash for infrastructure projects.

Pro-Brexit politicians believe sweeping away EU rules governing the City will create a “nimble” regime and unlock funds for investment. But Andrew Bailey, the BoE’s governor, wants to ensure it does not increase risk.

Thanks for reading FirstFT Europe/Africa. Here is the rest of today’s news — Jennifer

1. Central banks embrace big rises A Financial Times analysis has found that central banks are now, more than at any other time this century, opting for larger rate rises, laying bare the challenge of tackling soaring inflation as rate increases by the US Federal Reserve put pressure on peer institutions to follow suit.

2. Met raises UK heatwave forecasts The Met Office has raised its heatwave forecast, with a now-90 per cent chance of record temperatures this week and expected disruption to travel, hospitals, schools and workplaces. London and parts of south-east England are under a red heat warning today and tomorrow, with highs forecast to reach 41C.

4. Half a trillion dollars wiped from fintechs Almost half a trillion dollars has been wiped from the valuation of once high-flying financial technology companies that took advantage of a boom in initial public offerings, as concerns about rising interest rates, lack of profits and a potential recession put them at the sharp end of this year’s sell-off.

5. PwC set for record revenues PwC’s global boss Bob Moritz said the firm would report record revenues of about $50bn this year as he defended the model of combining audit and consulting services that Big Four rival EY is threatening to abandon.

Tories whittle down PM candidates Conservative MPs hold another vote to narrow the field of hopefuls seeking to become the next prime minister; five contenders remain. The UK’s ruling party also holds a vote of confidence in itself, which it is expected to win.

UK industrial action Criminal barristers in England and Wales will strike for a fifth week over legal aid funding. Hundreds of Unite union members employed as bus drivers and engineers at Stagecoach’s Gillmoss depot will walk out, while 2,400 Unite members within Royal Mail’s management will separately hold two rounds of industrial action over job cuts and pay. Hundreds of staff at Budweiser’s Lancashire site will walk out for a second time in four days.

Haleon shares trade The consumer healthcare multinational is scheduled to list on the London Stock Exchange, completing its demerger from GSK. Haleon, which includes the brands Sensodyne toothpaste and Advil and Panadol painkillers, is expected to seek a valuation as high as £45bn.

Nicolás Maduro vs Juan Guaidó A long-running legal battle between the Venezuelan president and the opposition leader over control of more than $1.9bn of gold held by the Bank of England resumes at the High Court in London.

Economic data Italy and Spain publish May trade balances. In the US, the National Association of Home Buildings is expected to report that confidence fell again in July amid rising mortgage rates. (FT, WSJ)

The cryptocurrency industry is at a critical juncture and the FT is here to guide you through the deepening crisis. Premium subscribers can sign up to a new weekly email written by digital assets correspondent Scott Chipolina and sent every Friday. Sign up here.

Will war in Ukraine transform Europe’s defence sector? Russia’s invasion has prompted the continent’s governments to reverse years of shrinking defence spending. Now, they want to do more to confront an aggressive Moscow — and defence and aerospace companies hope to benefit.

What the cost of living crisis has been like George Bass is a security guard and a bouncer earning £10.71 an hour. This year, the drumbeat of inflation has made him increasingly anxious, so he decided to start tracking his spending. Here’s how far his money goes.

How to solve the productivity paradox Since the computer age dawned in the 1970s, we have lived with a sense of accelerating progress and innovation. Yet the postwar productivity boom has ended: except for a revival at the turn of the century, productivity has trended downward for more than 50 years. Ruchir Sharma asks, what can we do about it?

Personal branding makes us cringe, but it works Like networking, a personal brand is something we are told we should be cultivating. But most of us don’t, because we are embarrassed. Viv Groskop suggests breaking down the nebulous term into more tangible components: your professional reputation and visibility.

Eid al-Adha is the biggest festival in the Islamic calendar, honouring Abraham’s willingness to sacrifice his son as an act of faith. In the Atlas Mountains in Morocco, the celebration marks a big day for a little village.