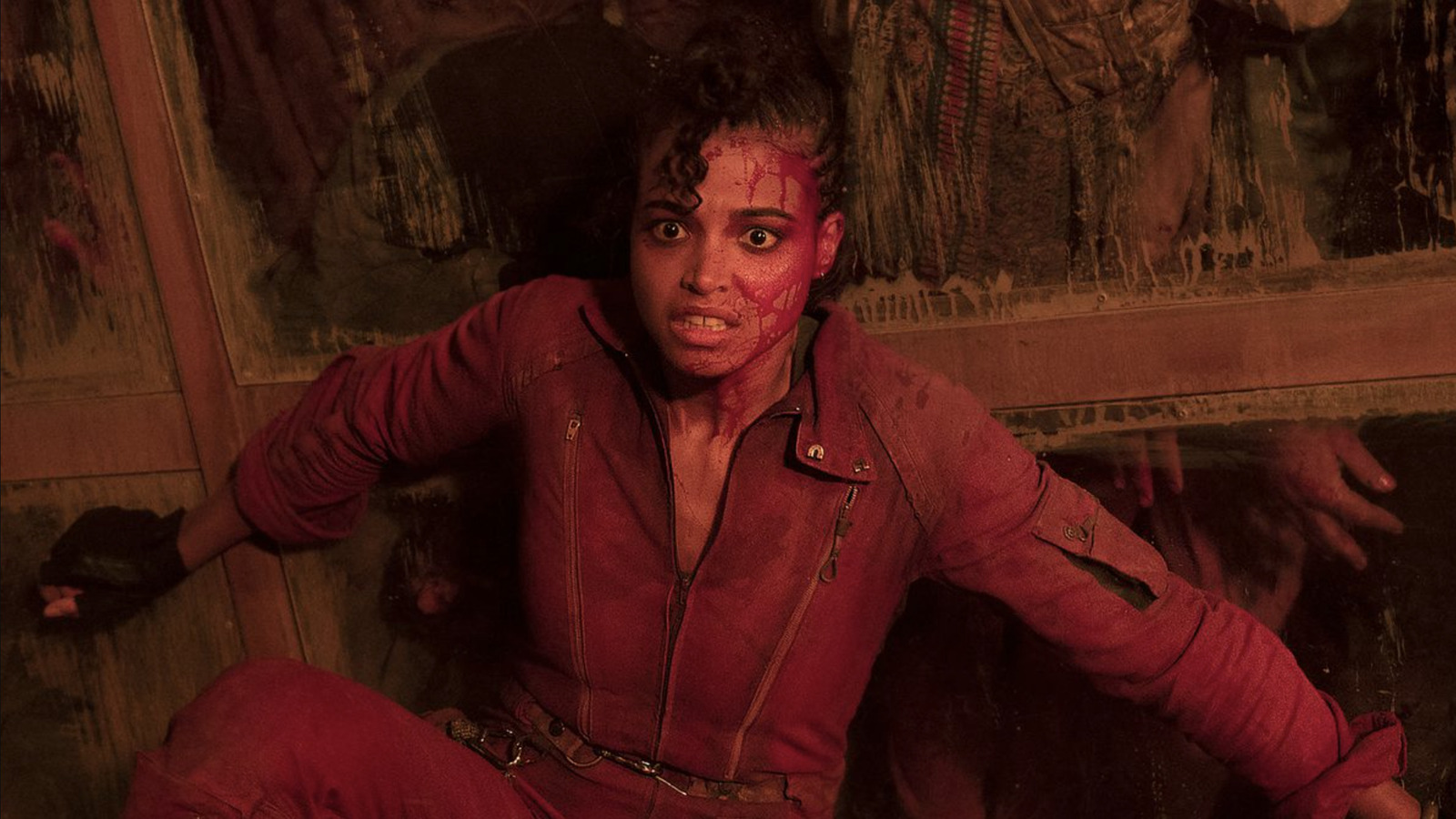 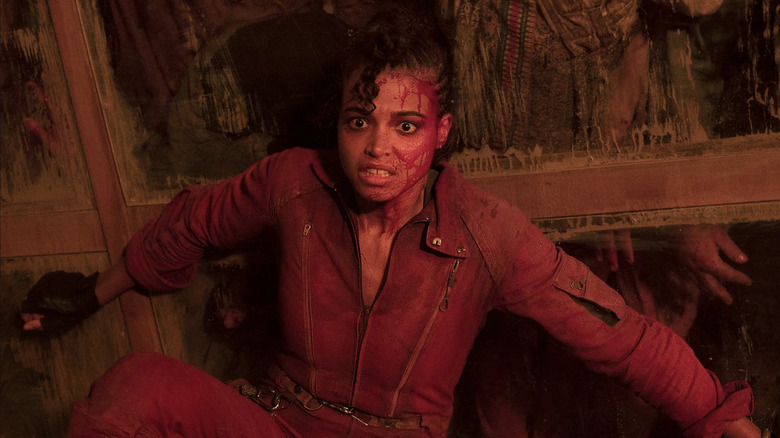 Netflix recently debuted their new live-action series “Resident Evil,” a wholly unique take on the world created for the hit Capcom video game of the same name. Rather than deliver a faithful adaptation of the games or a complete departure from the game’s lore, the Netflix “Resident Evil” series falls somewhere in between. Marrying both commonly accepted plot points established in the games and a predictive look at where the stories could take them in the future, “Resident Evil” somehow managed to avoid following in the footsteps of the adaptations that came before it, and forged its own path. For one, the show explores two separate timelines.

The first takes place in 2022, three months before all hell breaks loose at New Raccoon City, as the young Wesker sisters Jade (Tamara Smart) and Billie (Siena Agudong) move into town with their father, Albert (Lance Reddick). Wesker is a high-profile figure at the Umbrella Corporation, hoping to revitalize the image of his company and those that work there following the tragic events that destroyed the original Raccoon City. The company launches a new medication called “Joy,” which promises to eliminate conditions like depression and anxiety. As is the case with most Umbrella Corporation rollouts, things don’t go as planned, and New Raccoon City, well, becomes a “Resident Evil” world. The second timeline is 2036, where the T-virus has wiped out all but 300 million human refugees living in compounds and settlements, surrounded by six billion Zeroes (aka zombies), as the military-backed Umbrella Corporation conducts a global hunt for Jade Wesker (Ella Balinska) … including her sister Billie (Adeline Rudolph). 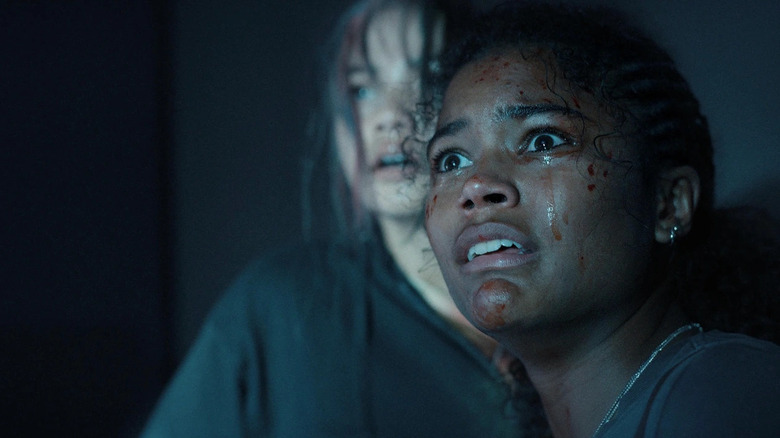 Let’s start with 2022. After everything that could possibly go wrong with the Joy rollout does go wrong, an infected but not mutated Billie is taken by Jade and their friend Simon Marcus to break into Umbrella in the hopes of finding a way to help her. Once they get inside the terrorized corporation, they meet up with their dad and Bert, one of the many doppelgängers of Albert. Billie hasn’t yet mutated, but unfortunately in all of the chaos, Billie goes feral once again and bites Simon. Unfortunately, Simon’s mother Evelyn is the highly ambitious CEO of Umbrella corp, and is willing to protect the company and their research no matter what. Once she sees that Simon has been bitten, she shoots him, point blank.

Albert and Bert work together to make a bomb in the hopes it’ll destroy the building and all of the contamination. Knowing that he would have to be the one to set it off, Albert decides to sacrifice himself to save his daughters and Bert. Albert writes something on a piece of paper, gives it to Jade, and tells her to find the woman on the paper. Despite Evelyn shooting his hand off to prevent him from igniting the fuse it all up, Albert makes it work. The trio manage to escape before the bomb goes off, but somehow Evelyn manages to escape too. Albert’s plan works in keeping his daughters alive, but it unfortunately isn’t enough to destroy the infected. The explosion ends up releasing a secret project of Evelyn’s which from the looks of it, is William Birkin, overrun with G-virus mutations. As for the paper? Two words: Ada Wong. 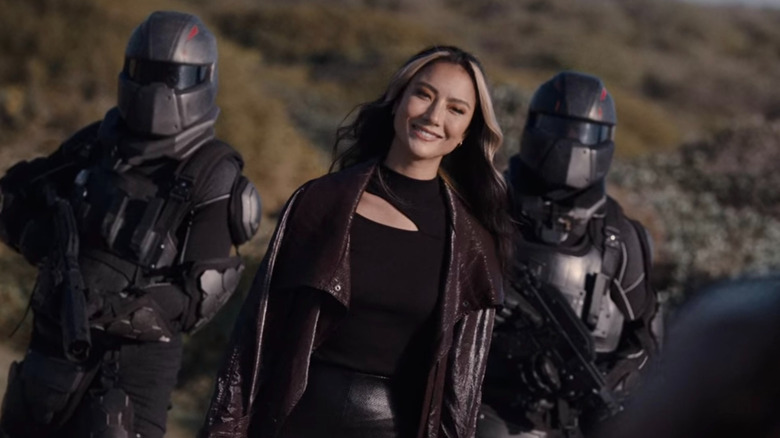 Intending on shutting down Umbrella for good, Jade and Arjun (Ahad Raza Mir) release a zombified alligator of kaiju proportions, thinking they’d finally bested Billie. Sadly, because nothing can ever go their way, they soon realize their daughter Bea fled with a mysterious bag and headed toward the zombie-run mainland. The two dive into a boat to rescue her, but are swiped by the giant gator’s tail. Arjun is injured and can’t move forward, so Jade goes on to rescue their daughter on her own. At one point the gator goes to attack Bea, but miraculously stops and instead lays at her feet.

We know that Albert Wesker ran experiments on his own children in the past, so more than likely, Bea has inherited some of those side effects from Jade. Billie notices this unique power, and decides to turn around, shoot her sister, and take Bea. In order to keep from mutating, Billie needs a supply of healthy, Wesker blood, which she could easily acquire from Bea. Billie’s illness allows her to control Evelyn thanks to brain electrodes and a jungle juice cocktail of drugs, making her the true controller of all things Umbrella. The season ends with Billie fleeing the turmoil with Bea in tow, and Jade watching helplessly, holding her gunshot wound and trying not to bleed out.

What Does It All Mean? 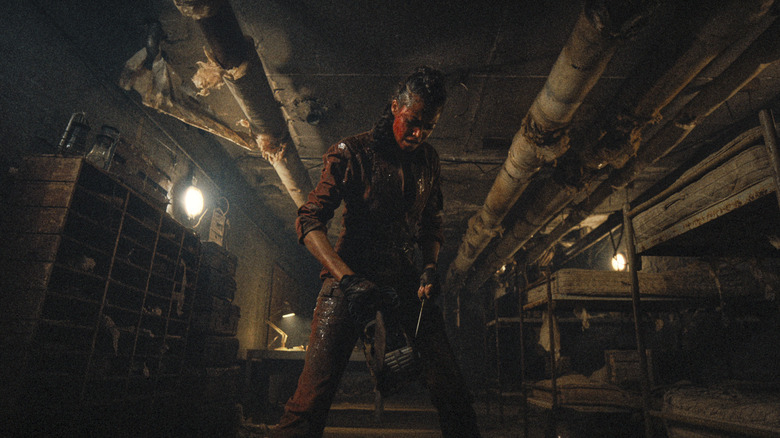 Honestly, it seems like Netflix is really hoping for a second season. I cannot imagine the streamer would have approved a season ending with such prominent cliffhangers if they weren’t intending to continue the story. If there’s one thing that has been severely lacking across the board with “Resident Evil” adaptations, it’s been the presence of Ada Wong. The 2022 timeline ending teases a team-up with Wong, who would likely become a major player in the second season. Ada Wong is one of the most interesting characters in the entirety of “Resident Evil” lore, and has yet to be given a role in an adaptation worthy of her legacy. Billie and Jade will grow up with Bert serving as their parental figure, and we’ll probably get to see how Evelyn ended up under Billie’s command.

As for the 2036 timeline, Jade can’t possibly be dead! Decades of film and television logic has trained us all to know that the image of a bleeding out protagonist before the credits role is not a sign of death, but of a new vengeance plot. Jade may have been working her hardest to find a cure and shut down Umbrella, but with Bea kidnapped, all of that is clearly going to change. Billie better watch her back, because Jade’s mama bear rage is coming for her.

That is, if Netflix actually delivers a season 2 and doesn’t just cancel it because they apparently only cancel shows that I’ve developed an unhealthy attachment to. “GLOW,” “Santa Clarita Diet,” “I Am Not Okay With This?” My fault! I loved them too deeply and Netflix took them away. Here’s hoping “Resident Evil” doesn’t endure a similar fate.

Read this next: The 15 Best Horror TV Shows Of All Time

Learning to Coexist with Chronic Migraines