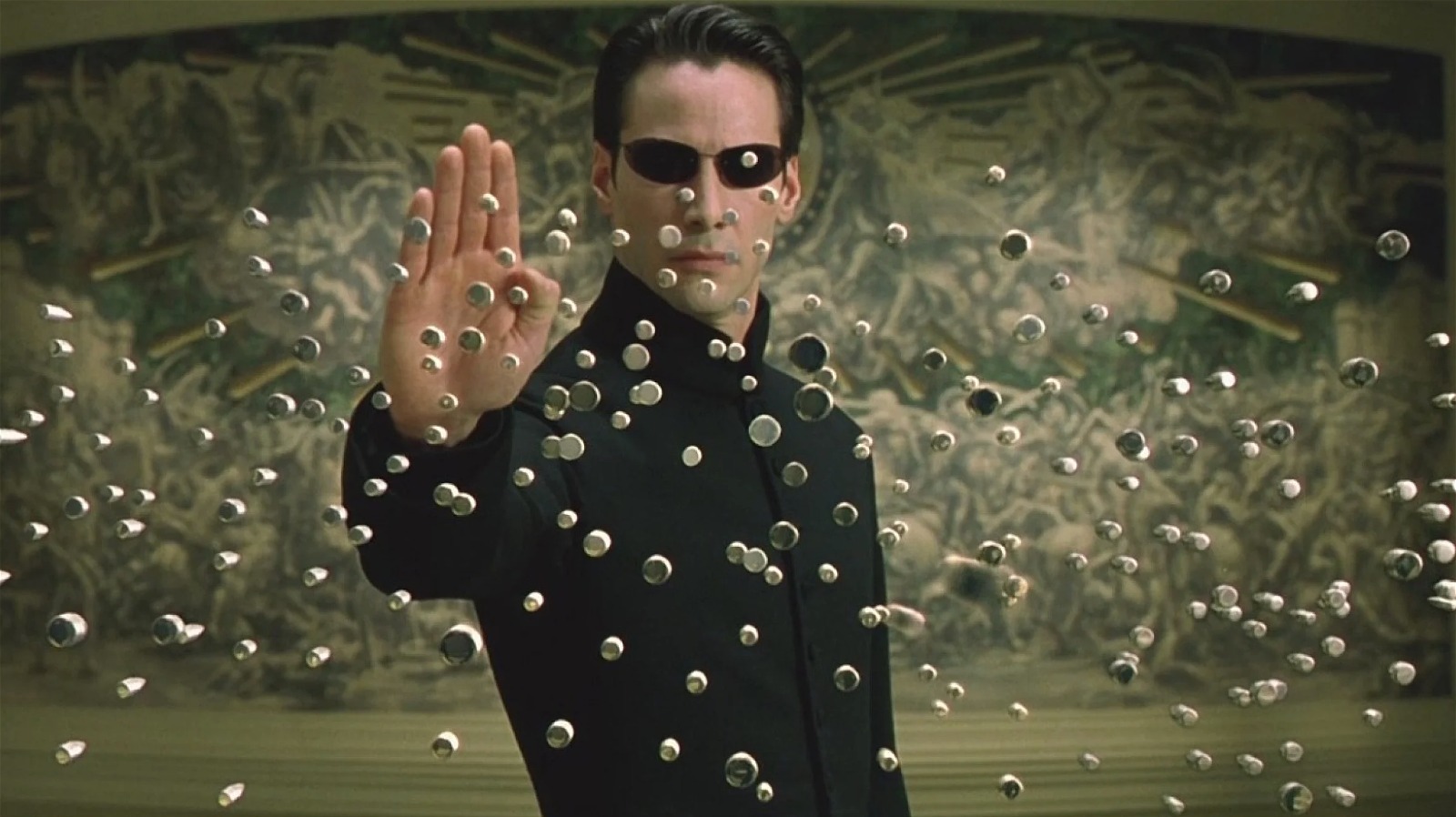 
The most memorable bullet-time scene in question in “The Matrix” involves Neo being cornered by an Agent on a rooftop and the former utilizing his abilities as The One to manipulate space-time and dodge the bullets in slow-motion in the process. That was no small feat to pull off in 1999 — today, bullet-time effects are used with the aid of free viewpoint television or FTV, which had not fully matured as a technique during the time “The Matrix” was made. So, how did the Wachowskis pull this off?

According to the Wired article referenced above, green screen technology was involved, and Reeves was connected to wires so as to be able to pull off the “arching backward in superhuman fashion effect,” which mimicked a semi-circle trajectory rigged with 120 still cameras. As Reeves implemented the action of falling backward, still and motion capture cameras were used in tandem, while the entire shot came together with the aid of digital bullets and effects that granted the illusion of time standing still — a feat that took two years to put together and ended up costing an estimated $750,000 for that single shot.

Pierre Jasmin, who worked at Mass. Illusions during the time “The Matrix” was filmed, said in an interview that test shots for the bullet-time scenes included digitally “breaking down the actor into per-limb layers,” which were polished with the aid of morphing and stabilization.

Clearly, a lot of work went into these sequences, and “The Matrix” pioneered the technique in stunning ways, utilizing interpolation and time-slice effects in a way that had never been done before. The rest is history.

Despite The Bitcoin Price, Great Things Are Happening