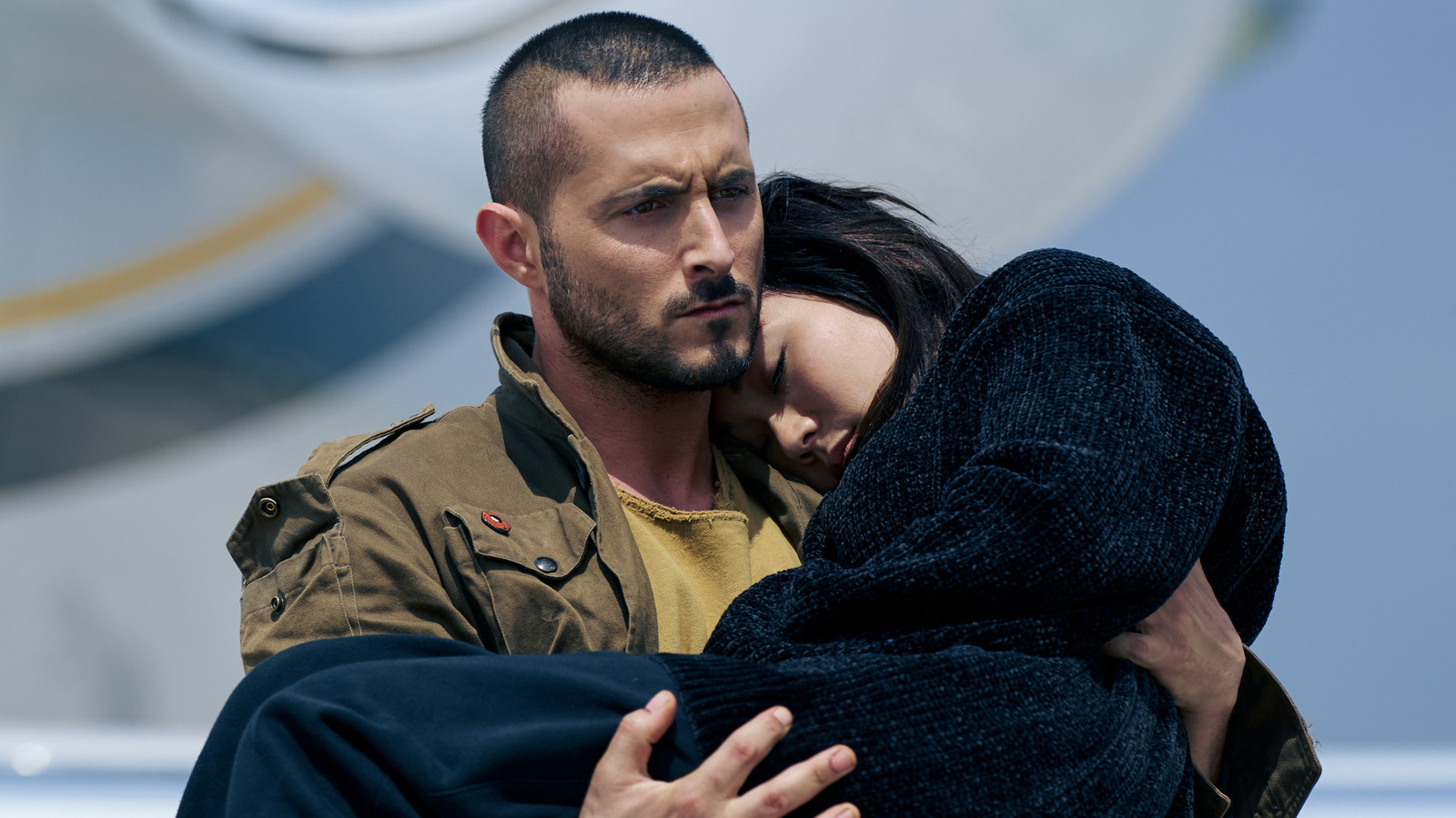 
Frenchie and Kimiko have kissed twice now, with each of them instigating the kiss once, and both times in unusual circumstances. Frenchie kissed Kimiko while under the influence of drugs in season 2, and she kissed him in season 3, episode 5 shortly before being kidnapped by Little Nina (Katia Winter). When they finally get the chance to process what happened, Kimiko tells Frenchie that the kiss felt weird, and he’s “family.” Capone explained that sometimes people can be too eager to only thing of love in romantic terms:

“From day one, it was obvious to me and to Karen … we talked about it a lot and we read about it … what is soulmates? Does soulmates have to be someone you’re in love with, or you have an intimate relationship? And the answer is no. A soulmate is just someone who complements you in the best way possible and that sees your flaws as your best things and teaches you and wants to make a way with you. So I think that was our jumping start.

“Those two are so innocent, in a way. Learning about Frenchie’s life — till the point that he met Kimiko, he was a drug addict. He was running away constantly from his past. And when these two met, something very interesting happened. And they both find themselves throughout the season in this, ‘I’m here, you’re there,’ up-and-down thing. And now, even with the signing, there’s something equal. And it’s a very interesting place to explore.”

There aren’t very many relationships like Frenchie and Kimiko’s depicted in media, where sex ultimately sells, even if it’s only being hinted at. Deep friendships between men and women are unfortunately all too rare, and theirs feels like a breath of fresh air. They deserve happiness together, whatever that looks like, and if there’s one nice thing to come out of this intense, brutally funny season, it’s that they’ve realized that they’ll never be alone again.

The season finale of “The Boys” premieres Friday, July 8, 2022 on Prime Video.

Independence Day, The Founders And Bitcoin