The Last Wish Has Some Surprisingly Dark Inspiration 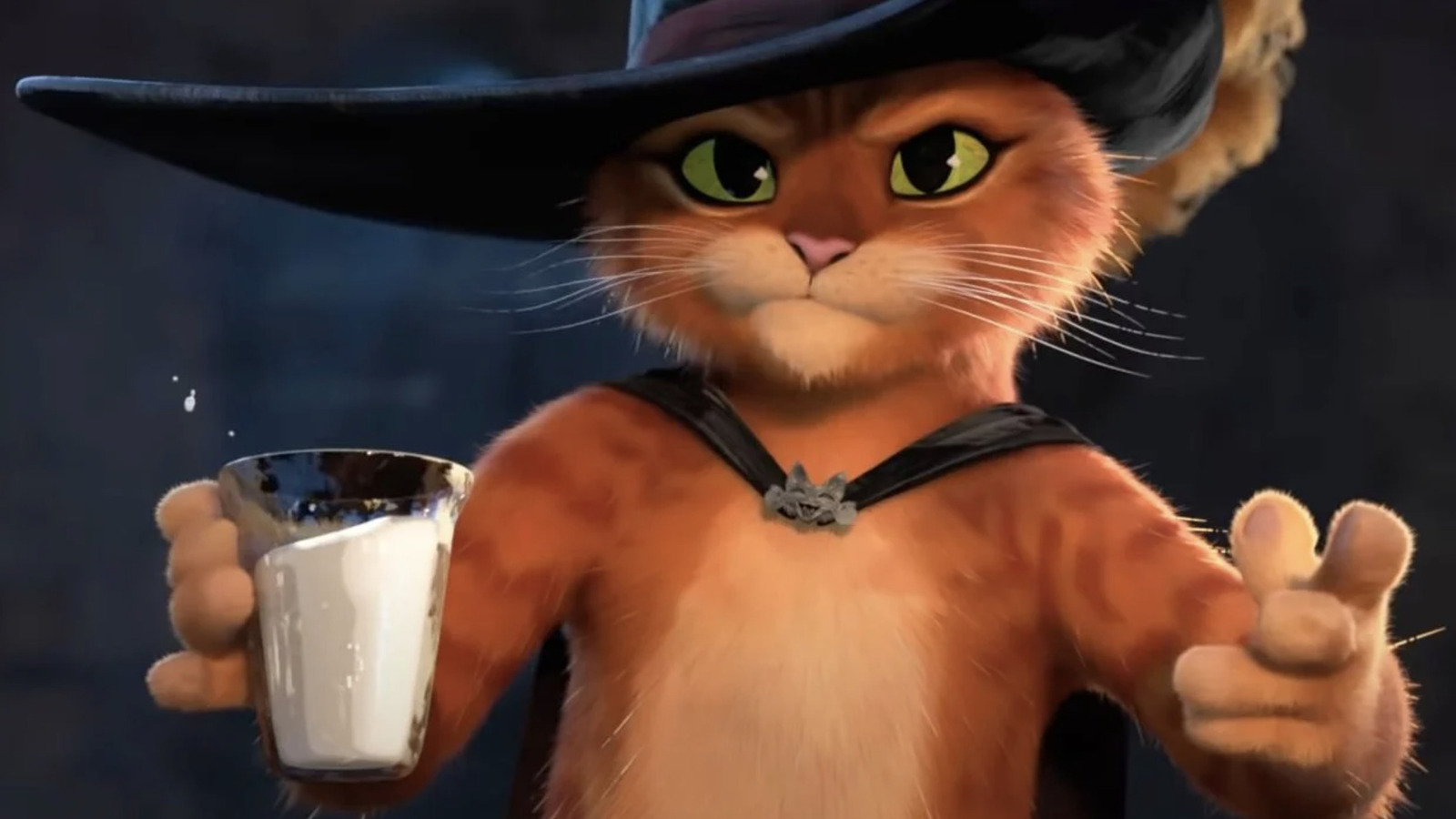 
Speaking to /Film during the Annecy Film Festival following a presentation of the first 30 minutes of the film, producer Mark Swift talked about giving the second “Puss in Boots” movie a bit of a darker edge, wanting “the invincible hero suddenly discovering fear and making a massive change in him.” In order to achieve that, the film centers around Puss learning he’s on his very last life.

There’s a scene near the beginning of the film where Puss fights a bounty hunter named Big Bad Wolf, and during the fight Puss is cut on his cheek, and his lives flash before his eyes. “He’s never been touched by a blade,” Swift said. “And when that blood trickles down, you know everything is different. He knows everything is different and fear exists in him for the first time.”

Director Joel Crawford knows adding stakes to a fairy tale is neither easy nor what people expect out of a “Puss in Boots” movie, but by taking the nine lives safety net out of the film’s protagonist you change the game. “We all just have one life,” Crawford told us. “All of a sudden, there’s stakes in this movie.”

Likewise, Crawford was inspired by the works of Akia Kurosawa and Sergio Leone, because their movies, very much like “Puss in Boots: The Last Wish,” star larger-than-life characters “but there’s a humanity that’s underneath them.” One of the main goals for Crawford was making sure that the audience would “get these big vistas, you get these big moments, but Puss is learning there’s a subtlety in life.”