FirstFT: Singapore vows to be ‘unrelentingly hard’ on crypto 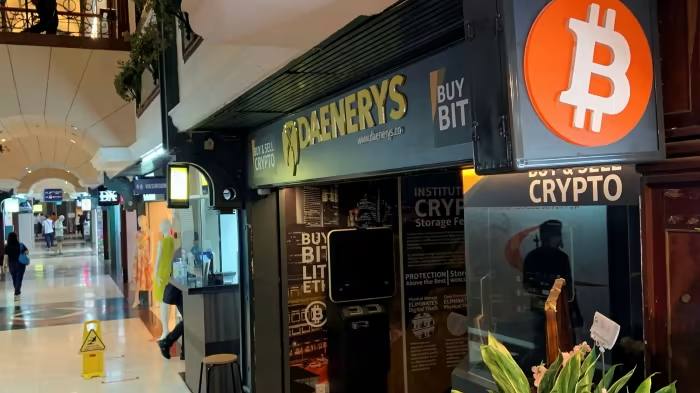 Singapore will be “brutal and unrelentingly hard” on bad behaviour in the crypto industry, according to its fintech policy chief, marking a stark shift in rhetoric after years of the city-state courting the sector.

Sopnendu Mohanty, chief fintech officer at the Monetary Authority of Singapore, the country’s central bank, questioned the value of private cryptocurrencies and said he expected a state-backed alternative to be launched within three years.

“We have been called out by many cryptocurrencies for not being friendly,” he told the Financial Times in an interview. “My response has been: friendly for what? Friendly for a real economy or friendly for some unreal economy?”

Mohanty added: “We have no tolerance for any market bad behaviour. If somebody has done a bad thing, we are brutal and unrelentingly hard.”

The crypto meltdown has hardened the stance of officials in Singapore, where many crypto businesses had been set up because of the perceived friendly regulatory environment and low taxes.

Do you think Singapore is right to crack down on crypto? Tell me what you think at firstft@ft.com. Thanks for reading FirstFT Asia. Here is the rest of the day’s news — Emily

2. China’s zero-Covid strategy has increased risk of flu epidemic Health officials are warning that the country’s focus on eradicating Covid-19 has left it unprepared for a possible flu epidemic that risks killing tens of thousands of citizens. Some health authorities are particularly concerned about a flu outbreak in southern China.

3. Toyota recalls EV fleet Toyota is recalling its fleet of 2,700 electric vehicles less than two months after launching its first mass-produced battery-powered sport utility vehicle, which was designed to take on Tesla.
The world’s largest carmaker issued the global recall yesterday, warning that the wheels could potentially fall off because of issues with bolts that connect them to the vehicle.

4. Early vote could help Najib avoid jail over 1MDB, opposition warns Najib Razak, the former Malaysian prime minister convicted of money laundering linked to the 1MDB scandal, could capitalise on an early general election victory to avoid imprisonment, the country’s opposition leader has warned. Some members of Najib’s party were trying to bring forward the 2023 election so they could consolidate power and influence the judiciary, Anwar Ibrahim said.

5. Investors crank up bets on BoJ surrendering yield curve controls At last week’s policy meeting, the Bank of Japan renewed its pledge to buy as much government debt as it takes to keep 10-year borrowing costs below 0.25 per cent. But pressure is growing on the central bank to lighten its touch, with many investors entering short positions on Japanese government bonds (JGBs).

Thanks to readers who took our poll yesterday. Ninety per cent of respondents said they expect corruption and mismanagement will plague the Philippines’ new administration.

Remarks from China’s ambassador to Australia Xiao Qian will speak at University of Technology Sydney today and address bilateral relations between the two nations.

UK by-election results When results are announced on Friday, Conservatives are braced to lose two parliamentary by-elections, according to senior party strategists, in moves that could prompt a renewed backlash against Boris Johnson.

She was loved for standing up to China. She may die in jail Over the years that Claudia Mo has been warning of China’s growing authoritarianism towards Hong Kong, her sense of humour and honesty that have made her a beloved figure among democracy supporters. Later this year, Mo, one of the Hong Kong 47, will find out if she is to spend the rest of her life in jail.

Taiwanese military training must be improved Rising tensions in US-China relations, coupled with the war in Ukraine, have accelerated Taiwan’s consideration of military reforms. The most popular plan is to triple the length of compulsory service. “Such lengthening of service will do little . . . to prepare my country for a possible Chinese invasion. My own experience did not do much to prepare my comrades and me for war,” a former servicemember writes.

The time to put Donald Trump on trial is drawing near The evidence amassed by the US House of Representatives’ January 6 committee is making it much harder for US Attorney-General Merrick Garland to turn a blind eye. But any prosecution of the former president comes with acute risks, writes Edward Luce.

Revlon has become a meme stock Revlon shares have zoomed from about $1 a share to $8 a share — less than a week after the company was placed in bankruptcy. But don’t expect a resurgence in the company’s fortunes reminiscent of car hire company Hertz, says Sujeet Indap.

Food crisis bites across Africa Steep global rises in food, fuel and fertiliser prices since Russia’s invasion of Ukraine have compounded economic pain from the coronavirus pandemic and left millions of Africans facing an “unprecedented food emergency”, the World Food Programme has warned. It has also raised the risk of social unrest in poorer countries.

Automation, digitisation and globalisation have brought us incredible material abundance at very low prices. This is, in itself, a good thing, and it is not just a story of iniquity and waste. We should insist on sustainability, but also celebrate good, cheap clothes, writes Robert Armstrong.