Eating Maggots In Rescue Dawn Was A Breeze For Christian Bale 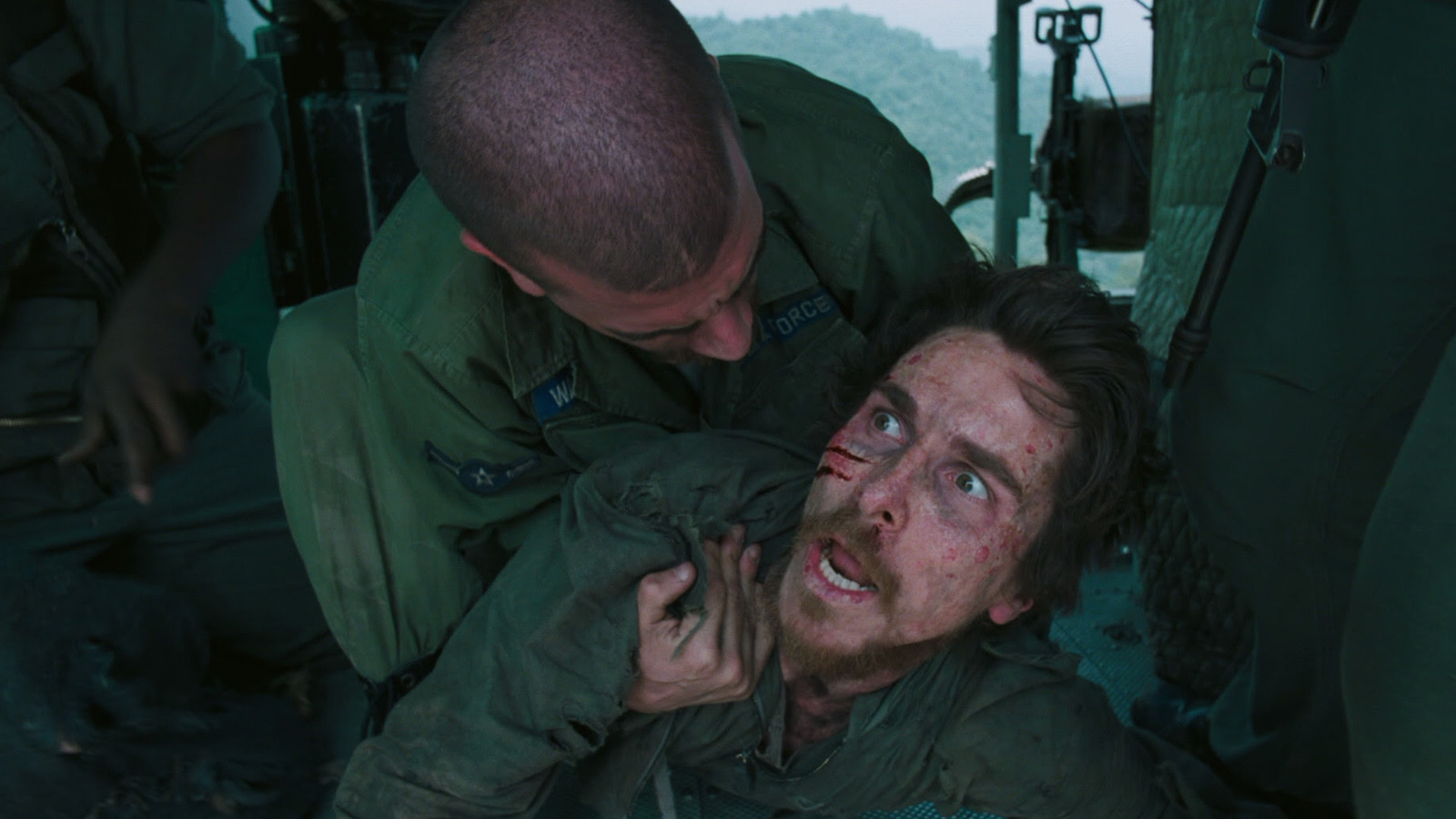 We may receive a commission on purchases made from links.

In 1997, Werner Herzog‘s made a documentary film called “Little Dieter Needs to Fly.” The film told the true story of Dieter Dengler, a German soldier (only a few years Herzog’s senior), who emigrated to the United States, joined the Air Force, and who was shot down over the jungles of Laos during the Vietnam War. “Little Dieter” follows Dengler, years later, back into the jungles of Laos and of Thailand to find the sites where he crashed and where the Pathet Lao handed him over to the North Vietnamese. Throughout the documentary, Dengler told stories of his torture in a prisoner of war camp, his near starvation, and eventual escape. He survived.

Years later, in 2001, Dengler was diagnosed with ALS and tragically took his own life. Herzog understood how marked Dengler was by his horrifying wartime experience, saying in “Little Dieter” that “Men are often haunted by things that happen to them in life, especially in war … Their lives seem to be normal, but they are not.”

Still fascinated and moved by Dengler’s story, Herzog would make “Rescue Dawn” in 2006, a fictionized remake of “Little Dieter” starring Christian Bale as Dengler, and shot in the Thai jungles nearby Dengler’s actual crash site. Herzog, notoriously a stickler for authenticity, wanted the actors’ experience to seem just as harrowing as Dengler’s might have been, and he asked his cast to lose a great deal of weight to approximate their starvation. When it came to Dengler’s meager diet, Herzog wanted that to be authentic too.

Bale, in a 2019 interview with GQ, revealed that one of the film’s more harrowing moments was, in fact, not all that harrowing. Eating maggots and offal was no big thing for him.

He wants to be present

Recalling working on “Rescue Dawn,” Bale says Herzog was eager to join his actors in some of the film’s more difficult scenes to the point where he would often get on camera and ruin the shot:

“He loves doing whatever he’s asked you to do, even if it’s unnecessary and even if he gets into the shot. So, like, if we were tumbling down these rapids, there’d be Werner there and then Peter the cameraman would go, ‘Werner, you were in the shot.’ But Werner wanted just to be there alongside us. He loves to be really present and right there and not ask people to do something that he wouldn’t do himself.”

Rumors had been circulating about how, during “Rescue Dawn’s” production, Herzog, along with his actors, had to eat real maggots on camera (recalling Dengler’s own diet while being held prisoner). Bale had to dive into a bowl of maggots and offal on camera, and Herzog offered to eat some first. Bale, in the GQ interview, revealed that he was so enthusiastic, his co-stars Steve Zahn and Jeremy Davies ended up being intimidated by his commitment. It made Bale laugh and it wrecked the take:

“One of the best memories I have of being in the jungle is looking at [Zahn’s and Davies’] faces as I’m tucking into a bowl of live maggots and pig offal. And I’m just jamming it in my mouth and seeing them look, knowing that the camera’s coming round on them next and they’re going, ‘Does that mean we’ve got to do it?’ It was great. I couldn’t stop laughing. The shot actually ended up getting ruined because I was busting up.”

Herzog would have done it

Herzog had already confirmed as much in the Hollywood Reporter three years earlier and addressed the rumors that he, too, ate maggots. It turns out that Bale didn’t need to see his director do it first. As Herzog tells it, not only did he lose a great deal of weight along with his cast, but was also perfectly willing to eat maggots as well. Herzog, however, did not actually do it.

“Well, it’s a real story because, as a director, I would never demand anything from an actor that I would not be willing to do myself. Christian was almost starved to death in the film — he had lost 65 pounds. I said to him, ‘Christian, you know, in solidarity, I’m losing half the amount.’ I lost over 35 pounds. So he had to eat a bowl of wriggling live maggots and I said to him, ‘Give me the spoon, I’ll eat them first’ and he said, ‘No, no, no, you don’t have to do it, just let’s get over with it, turn on the camera,’ and he started to eat. But I would have done it, of course.”

Given that this is a director who once filmed next to an erupting volcano, and infamously trekked into the jungle to actually haul a real boat over a land mass for the production of “Fitzcarraldo,” one can easily believe that Herzog would happily have eaten a bowl of maggots in solidarity.

“Rescue Dawn” may be one of the better films of 2006, and can currently be seen on a variety of streaming services, including Prime Video, the Roku Channel, Tubi, Fubo, and Kanopy.

What Can I Do about Dull, Dry Hair?