Gremlins: Secrets Of The Mogwai Review: The Best Gremlins Prequel We Could Have Hoped For [Annecy] 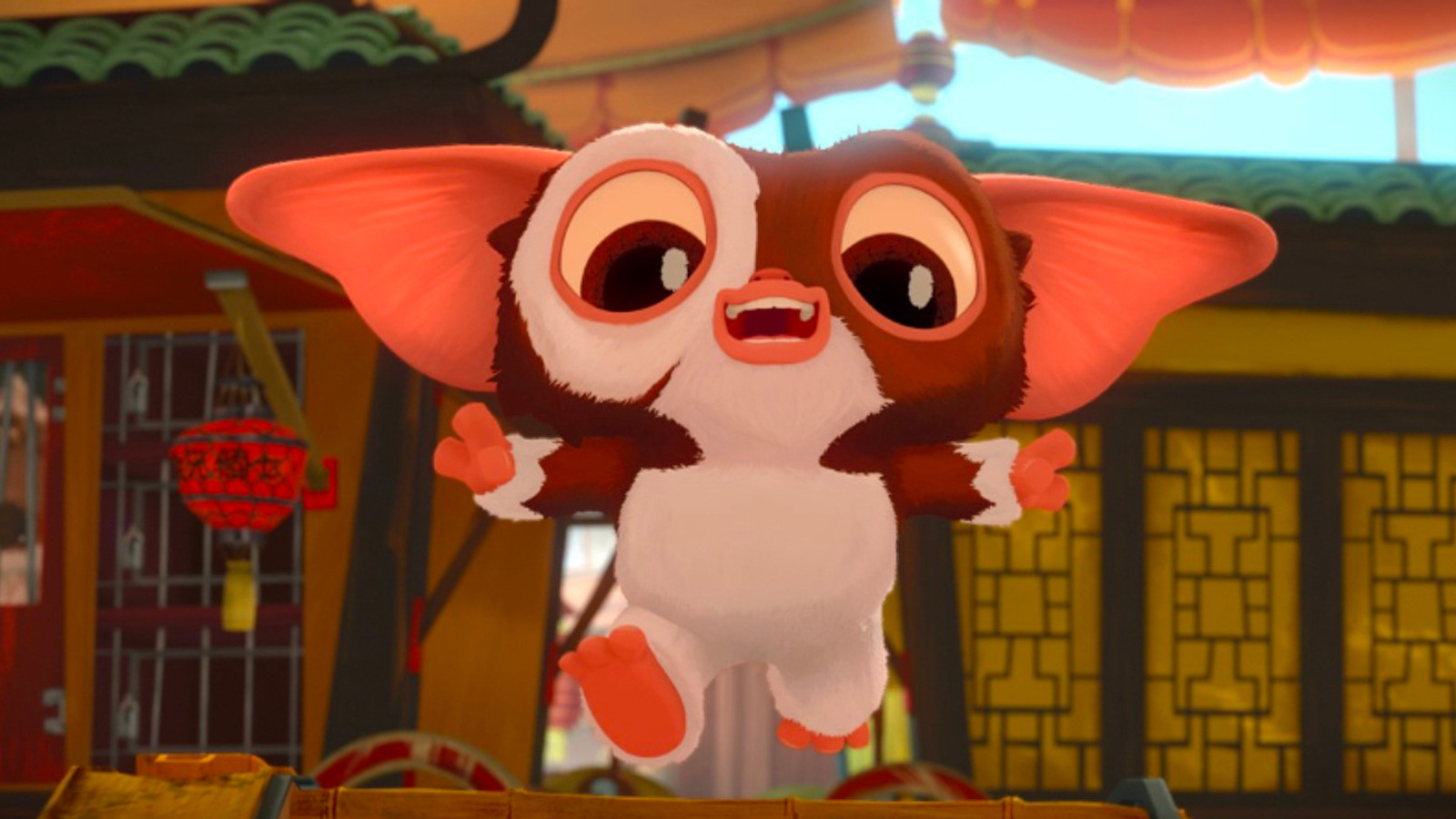 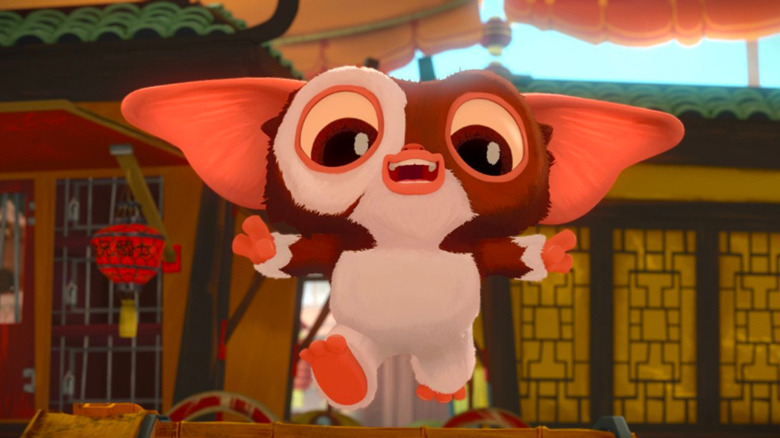 Joe Dante’s “Gremlins” is one of the greatest horror films of all time. It’s a film that works for kids, what with its adorable and very marketable Furby-like creature, wacky sense of humor, and very chaotic energy, while still serving as a very effective horror movie for fans old and new. After all, this is a movie that shows a cute furry creature singing one moment, and a gross green goblin being gruesomely murdered via a blender.

It’s a specific mix of childish fun and gruesome murder that worked best in the pre-PG-13 days when kids could go see movies that appeared very much meant for kids but traumatized them for years. All this is to say, after Dante gave us the anti-sequel with the delightfully bonkers “Gremlins 2: A New Batch,” it is hard to imagine anyone else getting anywhere near close to replicating the lightning in a bottle of the original film, which remains one of the best gateway horror movies ever.

And yet, that is exactly what “Gremlins: Secrets of the Mogwai” does. This animated prequel is funny without being super silly, cute without being overly childish, and it knows how to build tension and even be scary for young audiences.

The Origins Of Mr. Wing 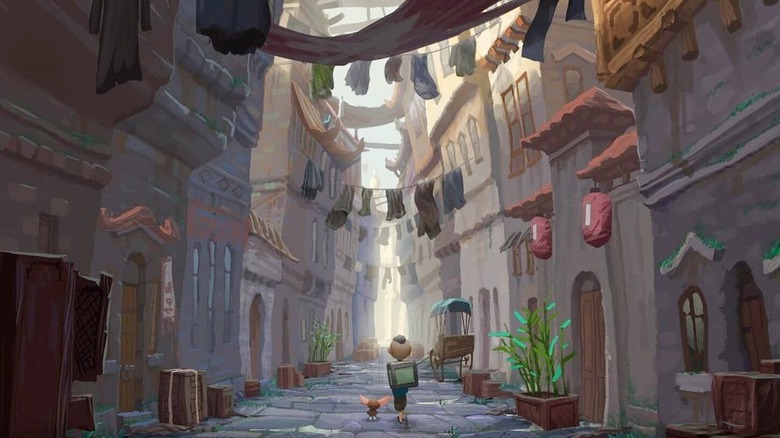 The show is set in the 1920s, and we start with a scene straight out of a horror version of “The Smurfs,” with Gizmo in his little Mogwai village, all furry creatures singing in harmony and having a jolly time when a hawk flies down from the sky with murderous intent. Suddenly, the editing becomes more erratic, as the camera moves as if held by hand, with the little Furby-like creators running and screaming in terror.

With that scene setting the tone, we see poor Gizmo engage in a fight with the hawk, resulting in him being separated from his village and lost along a river until he gets kidnapped by circus owners that force him to perform as a singing and dancing catdog.

Then we shift gears to our protagonist, 10-year-old Sam Wing, the once and future owner of the antique shop from the original film. Before he moves to the U.S., he’s just a kid who helps his parents at their pharmacy, while also taking care of his eccentric adventure-seeking grandpa. When Sam’s path crosses Gizmo, his grandpa urges the kid to rescue the Mogwai, or let all of China fall into oblivion. 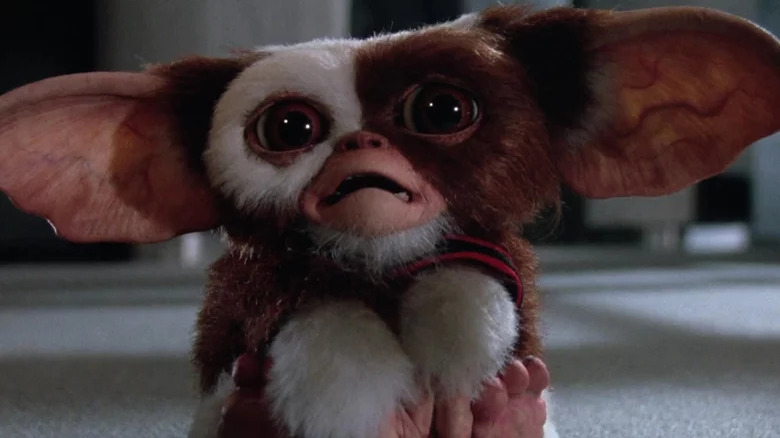 While the show doesn’t have the most impressive or unique use of 3D animation, it still looks good, particularly when it comes to Gizmo, who has a very tactile feel to him. Without a doubt what makes the show work is that it captures the spirit of Joe Dante’s classic (he returns to the franchise as a “Consulting Producer” though Dante joked during a post-screening panel that he acts as Gizmo’s agent). Gizmo is very smart, but not so much that doesn’t need help from others, and he is just as cute and sassy as you remember. The show’s ability to jump from a moment filled with tension to a heartbreaking moment to one of levity and almost over-the-top antics, back to heartwarming feels straight out of a Spielberg project of the ’80s, rather than one of the many, many Amblin Entertainment imitators of today.

And even if the show does suffer from the occasional prequel issue like having to explain why people call Gizmo by that name, it is handled with tongue firmly in cheek. “Gremlins: Secrets of the Mogwai” is also very interested in expanding the mythology of the titular Mogwai, with the creators teasing a fourth rule being introduced in the show. Likewise, the best moments in the first episode come from the writers playing with the audience’s knowledge of what happens when Mogwai break bad, with grandpa (played by living legend James Hong) warning Sam of what happens when you let Mogwai run wild, like the time they turned one of China’s greatest metropoles into a ruin (Gizmo’s response? A simple shrug and a smirk). We don’t even need a flashback, as the ominous soundtrack and background shadows in the form of gremlins and burning buildings do enough to make us fear what is to come — while also exciting us for the carnage the little gremlins will cause.

“Gremlins: Secrets of the Mogwai” could have easily been a cash-grab show aimed squarely at kids with cute creatures and tons of cameos, but the way the first episode managed not only to pay homage and even expand the lore of the first film while capturing its tone makes this a show worth sticking around for.

“Gremlins: Secrets of the Mogwai” season one will consist of 10 episodes, which will premiere on HBO Max and Cartoon Network at a later date.

“Gremlins: Secrets of the Mogwai” screened its first episode as part of the Annecy International Animation Film Festival 2022.

Read this next: 12 Shows Like Stranger Things You Definitely Need To Stream

The post Gremlins: Secrets of the Mogwai Review: The Best Gremlins Prequel We Could Have Hoped For [Annecy] appeared first on /Film.

Price Controls Don’t Work Even Under Penalty of Death