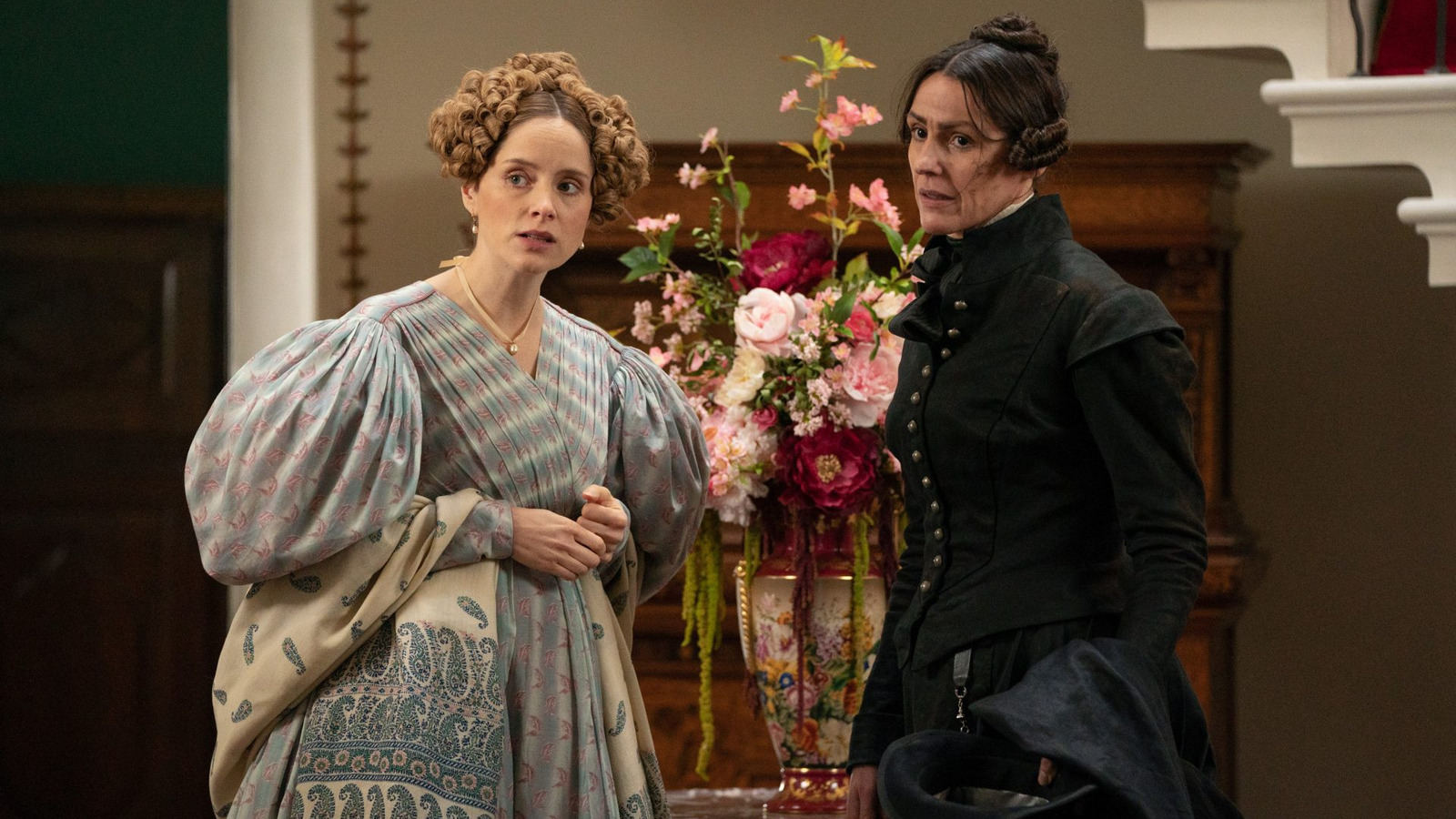 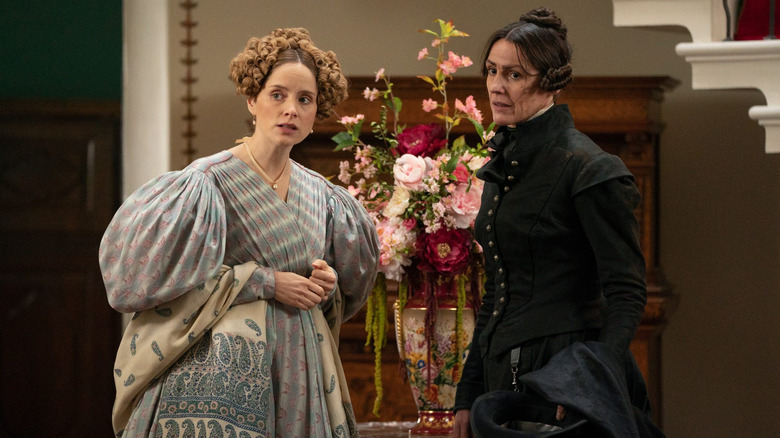 This post contains spoilers for season 2 of “Gentleman Jack.”

“We are the only people in the whole world who want us to be together,” Anne Lister (Suranne Jones) tells her wife, their hands clasped together. Ironically, there’s a pretty sizeable viewership that would disagree (all we want is for them to find happiness together) but for the past eight episodes, they’ve had every reason to believe that sentiment true.

Since the season 2 premiere, Ann Walker (Sophie Rundle) has endured japes from her wife’s unwelcoming friends, venom from her own relatives, stares from strangers, anonymous taunting and so much more. It’s been piling up inside them both, creating a rift — and that doesn’t even take into account all the other obstacles they’ve encountered: legally, financially, socially, politically, and emotionally. The entire world might very well be conspiring against their relationship … but that doesn’t have to matter. So long as they’re both fighting for it, this marriage will thrive.

“Gentleman Jack” is now two for two when it comes to breathtaking finales — and that’s not the only trend that this episode continues. Season 1 nearly closed on an unfortunate note, their bond seemingly severed and distance keeping the duo apart. But then the stars aligned and they found themselves together again, atop a windswept hillside, with Ann ready to accept her feelings and Anne happy to take the leap with her. Everything joyously fell into place right when it needed to. “It’s Not Illegal” follows suit — there are no hilltop reunions but midway through the episode, their marriage was on course for disaster. By the end, they are united once more. It wasn’t just a meaningless detour that put them on that bumpy road either, but some very necessary developments in their relationship that give us all the more reason to believe they’ll be okay.

The Girlbossification Of Ann Walker 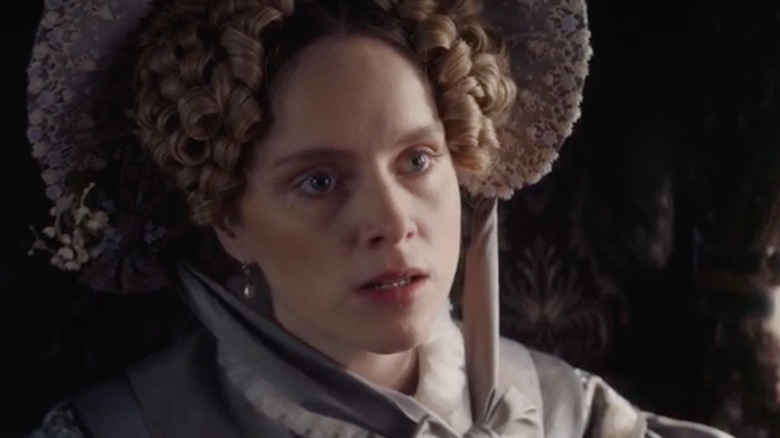 The obstacles are aplenty, but the most irritating among them has boarded a train to Halifax and arrived on Ann’s doorstep to steal her fortune. At long last, Captain Sutherland (Derek Riddell) has come to take a look at the “unnatural” relationship brewing between the two women. Continuing his general trend of being the absolute worst, he spends the hour trying to gaslight and gatekeep our newly anointed girlboss, but he has no idea what he’s up against. Ann Walker is exhausted with the way everyone in her life is trying to take advantage of her and the last thing she’s gonna do is let a man talk down to her.

After tirelessly working to divide her estate with her sister and getting Sutherland’s agreement in writing, she’s furious to learn that he still has no intention of signing. And why? Because he’s having a really hard time accepting the idea that he doesn’t get to inherit all the money and land. Stealing half of the inheritance from his wife’s family just isn’t enough! As the only man among them, he just assumed it was all his! How dare Ann try to stake her claim on the half that’s rightfully hers! But try she does — Ann has a good sense for Sutherland’s trickery and at every turn, sniffs out the stink of wrongdoing. She’s ready to storm a lawyer’s office and it’s goddamn astounding to see how far she’s come. (Five stars for the way she bangs on his secretary’s desk!)

Besides being a constant obstacle in their lives, I’m starting to think Sutherland’s only purpose is to make my blood boil: among the many egregious things he does is trying to use Ann’s suicide attempt to gaslight her into doubting her health (“perhaps you need protecting from yourself). Also, at one point, he actually shushes her. Like she’s an infant. For a second there, I thought Ann might tackle the man. All of this just makes it so much more gratifying when she rightfully wins. Sutherland’s grand scheme (a pitiful lie) falls apart when Elizabeth (Katherine Kelly) snaps out of her terrified silence to tell her sister that everything he says is a lie — the lawyers don’t doubt Ann’s mental health, and there’s no legal ground for him not to sign and anyway, the money is rightfully Ann’s. Seeing Sutherland backed into a corner by a room full of women is an absolute delight, but not nearly as wonderful as Ann’s glowing face when she finally gets his signature.

Step Aside Anne, This Is Ann’s Show Now 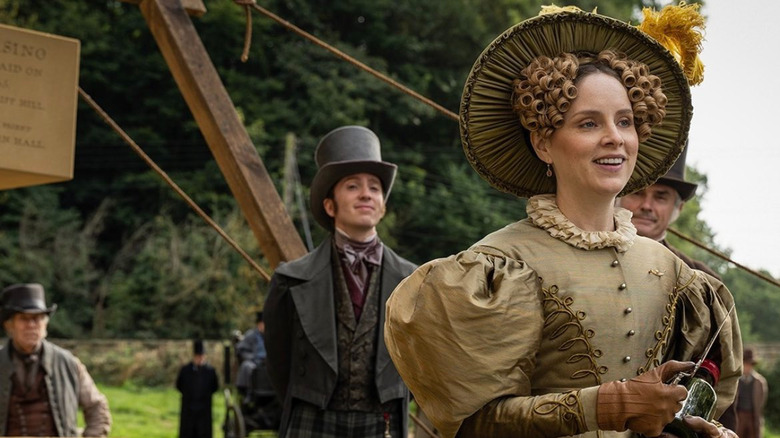 It’s no big secret that Anne Lister is a force of nature. Despite a wardrobe that entirely consists of black, she dazzles every person she meets. Even those who don’t approve of her lesbian wiles can’t help but stare when she enters a room, because Suranne Jones oozes screen presence and Anne is absolutely alluring. But this isn’t Anne’s show alone, certainly not this season, since she’s officially hitched her wagon to her beloved Ann Walker. What Sophie Rundle brings to this series isn’t necessarily as showy, but it’s always been as powerful. This latest crop of episodes is special because Ann’s been on the rise.

Slowly, over the course of this season, Anne’s influence has really taken hold. It’s not that Miss Walker is becoming more like her, it’s that Anne’s presence is a sharp contrast to the stuffy, older family members who would speak down to her and expect compliance. Anne challenges her and above all, believes in her (on multiple occasions, she steps in to shut down Ann’s self-doubt and remind her of her strength). She’s pushed Ann to believe in herself — which is exactly why Sutherland’s trickery and the Priestley’s venom have no hold on her anymore. It also happens to be a reason for more strife between the wives.

Anne hasn’t been the model wife and Ann has definitely taken note. She’s been voicing her displeasure all season — quietly at first, before becoming dangerously explosive. She’s also been angrily sipping wine, which probably should’ve raised some alarm bells in Anne’s head faster. All of her irritation and yelling in front of servants has been leading up to this: Ann wants to call things off, and she believes it best if they do it soon.

This isn’t just Miss Walker being difficult or her anxieties getting the better of her again — she’s simply tired of being taken advantage of. A couple of weeks ago, she worried about the way Anne put her in brackets. In London, Miss Lister neglects to introduce Ann to her friends. And then there’s the Mariana of it all — Ann has always suspected what happened on their visit, and has begun to fear that she’s only Anne’s wife when it’s convenient.”We said our arrangement would be as good as marriage,” Ann reminds her anger. “I won’t be sifted for money.”

Anne is troubled when she learns that Miss Walker isn’t just pursuing the estate division for the sake of settling their wills in each other’s favor. But this is just another marker of how far Ann has come. Getting her half of the estate is about doing something for herself, not just their relationship. And expecting better from Anne, as her wife, just proves what a great stake she has in this marriage. Although things look bad for a moment, her doubts, a couple of marital squabbles, and even the constant attacks they’ve endured aren’t enough to make Ann walk away.

The State Of Their Union 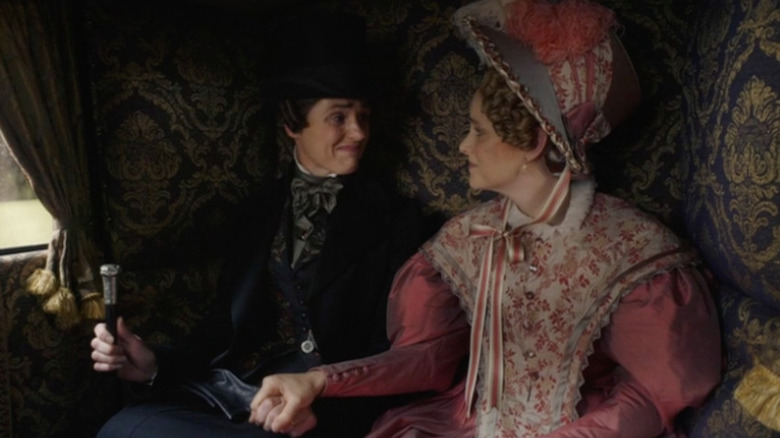 Captain Sutherland — a whiny crybaby who spent half the season quaking with rage because the mean lady wouldn’t let him steal — hardly deserves to be perceived as a threat. But once he caught on to the nature of Ann(e)’s relationship, the implications were chilling. Sure enough, it doesn’t take long for him to voice those concerns to Ann’s lawyer in the hopes of turning him against her (and I dunno, getting her tossed into an asylum). But much to our surprise, Mr. Gray is coming for Aunt Anne’s crown as #1 ally — he shuts Sutherland down without a second thought. He declares that even if their relationship is what Sutherland suspects, it wouldn’t matter because “it’s not illegal.”

The triumph of that moment, while incredible, is only temporary We’ve seen the ridicule that rumors of their relationship can stir. In season 1, the Priestleys were quick to terrify Ann with a story of two men who were hanged for being together. So legalities aside, 19th century England isn’t exactly welcoming to queer folks. This very same episode smacks us with the revelation that Marian’s engagement was called off because the rumors of her lesbian sister scared her suitor away. It may not be illegal for them to be together, but that doesn’t mean things will be any easier.

Anne understands that they still have plenty of reason to despair. You can see it on her face just before she heads to the ceremony: Marian has revealed her intention to leave Shibden, Captain Lister plans to go with her and even Ann seems on the verge of jumping ship at this point. There’s a heavy pause in the stairwell as Anne takes this all in, but then she puts on her top hat, the jaunty music kicks in and she walks on.

Every single moment is a decision like that: Anne decides to pursue all her new business ventures, despite the odds and the advice and risks. Always despite the risks, because the alternative is giving up and that isn’t something Anne knows how to do. And after coming such a long way, it isn’t something Ann that wants to do either. So they decide to be together, despite the world. “We are the only people in the whole world who want us to be together,” Anne reminds her. And that’s more than enough.

Read this next: Every Ridley Scott Movie Ranked From Worst To Best

The post Gentleman Jack Says Love Wins (And So Does Ann Walker) in ‘Its Not Illegal’ appeared first on /Film.

Proof-Of-Work Is Objective, Proof-Of-Stake Is Not

Gwyneth and Brad Pitt: On Bruce Paltrow and the Cashmere Shirt That Inspired a Business