FirstFT: Johnson pushes ahead with UK law to rip up Northern Ireland protocol 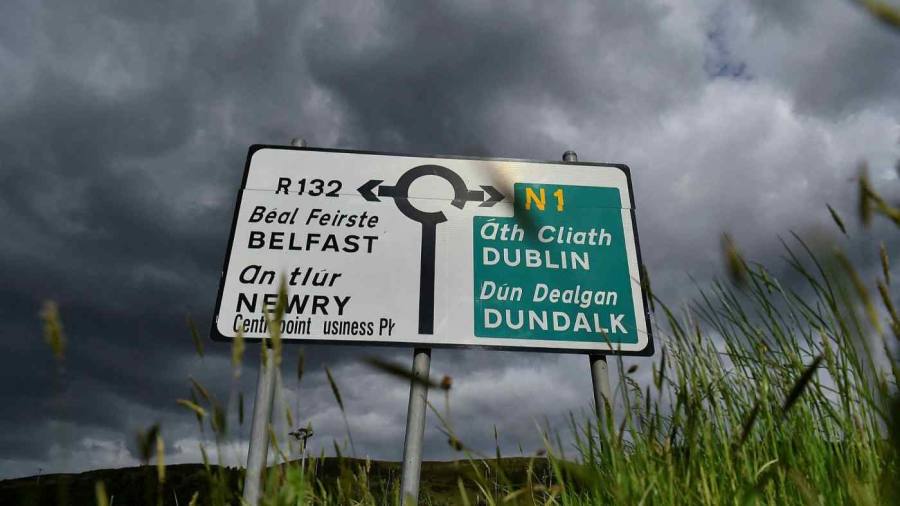 Boris Johnson yesterday published legislation to rip up his 2020 Brexit deal with the EU, defying a chorus of criticism and insisting that there was “no other way” of protecting the peace process in Northern Ireland.

Johnson claimed he was facing a “genuinely exceptional situation” and that the Northern Ireland protocol was causing “peril” to social and political conditions in the region.

The paper said the “essential interests” of the UK would be harmed unless a law was passed to override the compromise the prime minister struck with Brussels only two years ago.

Northern Ireland’s pro-UK unionists have refused to join a power-sharing government in Belfast with the nationalist Sinn Féin unless the protocol, which covers trading arrangements in the region, is rewritten.

The bill’s publication immediately prompted Brussels to threaten legal action against Britain, warning that the UK position would undermine trust and make it harder to negotiate a way out of the impasse.

What do you think of Johnson’s approach? Share your thoughts with me by emailing firstft@ft.com. Thanks for reading FirstFT Europe/Africa. Here’s the rest of the day’s news — Jennifer

1. US stocks slide into bear market as sell-off accelerates US stocks closed in a bear market yesterday after a late-session sell-off, while government bond yields soared, with investors unnerved by high inflation and the prospect of aggressive monetary tightening. Asia-Pacific equities slid today in the wake of the sell-off.

3. Portugal PM: EU risks creating ‘false expectations’ for Ukraine Brussels should focus on providing immediate help to Ukraine to fight Russia’s invasion rather than engage in “legal debates” about whether to designate the country as a candidate for membership, António Costa told the Financial Times.

4. UK Court of Appeal refuses to block Rwanda flights Three judges yesterday refused to grant an urgent injunction to block the first flight to Rwanda, which is due to take off today, as part of the UK government’s plans to deport asylum seekers by air.

5. UK group moves to Jersey after cannabis-related rules relaxed Consumer goods company Tenacious Labs is moving its headquarters to Jersey to benefit from the Channel Island’s decision to relax rules on proceeds earned from cannabis-related products.

Anniversary of London’s Grenfell fire It is five years since the fire that engulfed the high-rise, killing 72 people and leaving 203 homeless. The tragedy exposed shortcomings in safety regulations and sparked a crisis for apartment owners across the UK that continues to generate repercussions.

UK talks prices at the pump Gordon Balmer, head of the Petrol Retailers Association, meets transportation secretary Grant Shapps today to discuss soaring petrol prices as the UK competition watchdog opens a probe into whether a fuel duty cut is being passed on to drivers.

Economic indicators Germany releases final May core consumer price index data plus its ZEW economic sentiment survey. The US publishes its producer price index for May, while the UK has unemployment figures.

Join leaders from FTX, Monzo, JPMorgan and more on June 16-17 from the FT Future of Finance stage at the heart of Europe’s leading tech festival, The Next Web. Register for your free digital pass today.

What BioNTech is doing next While the mRNA Covid-19 vaccine the German biotech developed with Pfizer has saved millions of lives and brought economies around the world back to life, it was also, in some ways, a side hustle. BioNTech is now ploughing its vaccine profits into oncology — but its technology is still largely unproven.

Farewell to the servant economy First there were Uber drivers who would come to your door at the push of a button. Now there are people who will bring you a packet of biscuits and ibuprofen. “On-demand” services might have made people feel wealthy, but the model is in jeopardy, writes Sarah O’Connor.

Economists Exchange: Christopher Pissarides The problems in labour markets look very different from when the former adviser to the Cypriot and Greek governments began his academic career in the 1970s, plagued by mass unemployment. But for Pissarides, who won the 2010 Nobel Prize for his work on friction in labour markets, many of the answers are similar.

“The debt situation could see us lose control in macro management”

German beer drinkers face higher prices A 368-year-old Bavarian brewery has been reluctant to pass on soaring costs to punters. But it may soon be forced to double its prices after Russia’s invasion of Ukraine throttled grain supplies from the two countries, which produce more than a third of the global barley market, and drove up energy and transport costs.

A divided board, Birkin bag bonuses and a fight for control Incumbent bosses usually feature on the official company slate of nominees for a board election. But in one of the most unusual corporate battles in recent memory, there will be no Aerojet slate at a June 30 meeting as rival factions square off for control of the company.

With FT Globetrotter’s insider guide to a green weekend in London, find out where to stay (luxuriously), eat (deliciously) and roam (non-pollutingly) for a sustainable sojourn in the UK capital.

Proof-Of-Work Is Objective, Proof-Of-Stake Is Not