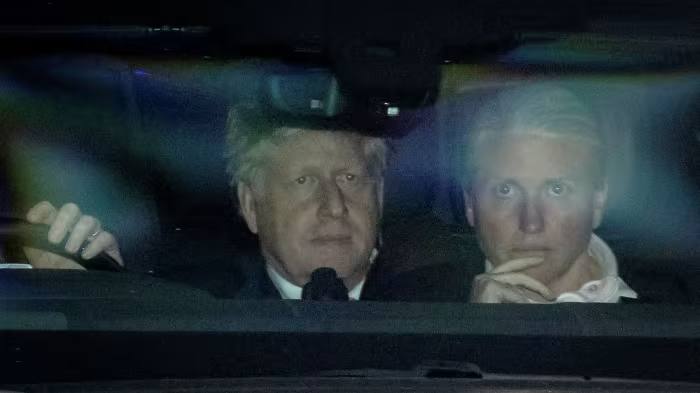 Boris Johnson has survived a bruising no-confidence vote, but his victory by a 211 to 148 ballot of Conservative party MPs left him badly damaged and exposed the scale of divisions and animosity among the Tories.

The result meant that more than 40 per cent of Johnson’s MPs wanted to oust the prime minister, a revolt that was far more serious than Downing Street had expected.

Johnson told MPs the result would end months of speculation about his future and allow him to focus fully on policy delivery, holding out the prospect of future tax cuts.

But the vote of no confidence, triggered after more than 15 per cent of the party’s MPs withdrew their support, was accompanied by rancour and withering criticism of the prime minister from his colleagues.

To read more on British politics sign up to our Inside Politics newsletter from Stephen Bush. Thanks for reading FirstFT Europe/Africa. Here’s the rest of today’s news — Jennifer

1. Elon Musk threatens to abandon Twitter takeover The Tesla chief executive has threatened to walk away from his $44bn acquisition of Twitter, accusing the social media company of being in “clear material breach” by failing to provide enough information about fake accounts.

2. Deutsche Bank relocates IT specialists from Russia to Germany Germany’s largest lender has quietly moved hundreds of high-skilled software developers and their families to Berlin over the past three months as it scrambled to limit the fallout of the Ukraine war on its IT capabilities.

More on the war in Ukraine:

3. Guptas arrested over South Africa scandal Law enforcement authorities in the United Arab Emirates have arrested two members of the Gupta family, who are accused of looting the South African state in the last decade with the aid of former president Jacob Zuma.

4. Apple to offer ‘buy now, pay later’ credit The iPhone maker is jumping into the “buy now, pay later” market in a challenge to fintech companies such as Klarna and Affirm that are already grappling with investor pressure, slower ecommerce growth and rising interest rates.

5. African digital payments company’s rare purchase of US fintech MFS Africa is to acquire Oklahoma-based Global Technology Partners in a rare US tech deal by the continent’s rapidly growing fintech sector. The acquisition will allow MFS to issue prepaid cards, which could help customers make digital payments to companies such as Netflix and Amazon.

Nato in the Baltics The transatlantic alliance hosts a press event to discuss Exercise Ramstein Legacy, a long-planned test of missile defence capabilities across Poland, Lithuania, Latvia and Estonia.

WTO meeting A ministerial meeting of the World Trade Organization’s general council begins in Geneva, with discussions to focus on intellectual property barriers for Covid-19 medicines, among other topics.

Belgian royals visit Democratic Republic of Congo King Philippe and Queen Mathilde will make the first visit of a Belgian royal couple to the country in 12 years, which is expected to include a long-awaited apology over Belgium’s colonial past.

Why are we all working so hard? In spite of — or perhaps because of — new technology, people say they are working harder to tighter deadlines under greater levels of tension. This intensification of work doesn’t seem to be making us richer, but it does appear to be making us sicker, writes Sarah O’Connor.

City’s metal trading scandal gets a proper airing In a market riven by divergent interests at the best of times, one hedge fund’s lawsuit is keeping up the pressure to reform, writes Helen Thomas. Elliott Management is arguing that the 145-year-old London Metal Exchange’s March cancellation of nickel trades after a price surge was unlawful.

Buy now, pay later must be regulated The business model has boomed during Covid-19 as people diverted spending to retail and shopped more online. But sceptics have reason to be cynical over the robustness of BNPL, writes Patrick Jenkins.

Egypt looks to local farmers Soaring grain prices in the wake of Russia’s invasion of Ukraine have underscored the importance of the local wheat market in the world’s biggest grain importer. As global supplies tighten, Egypt’s government is determined to get its hands on as much of this year’s crop as it can.

Taiwan: preparing for a Chinese invasion President Xi Jinping’s ambitions and the modernisation of China’s military are raising fears of an attempt to annex the island. With the war in Ukraine serving as a wake-up call, here’s how Taipei is getting ready for military action.