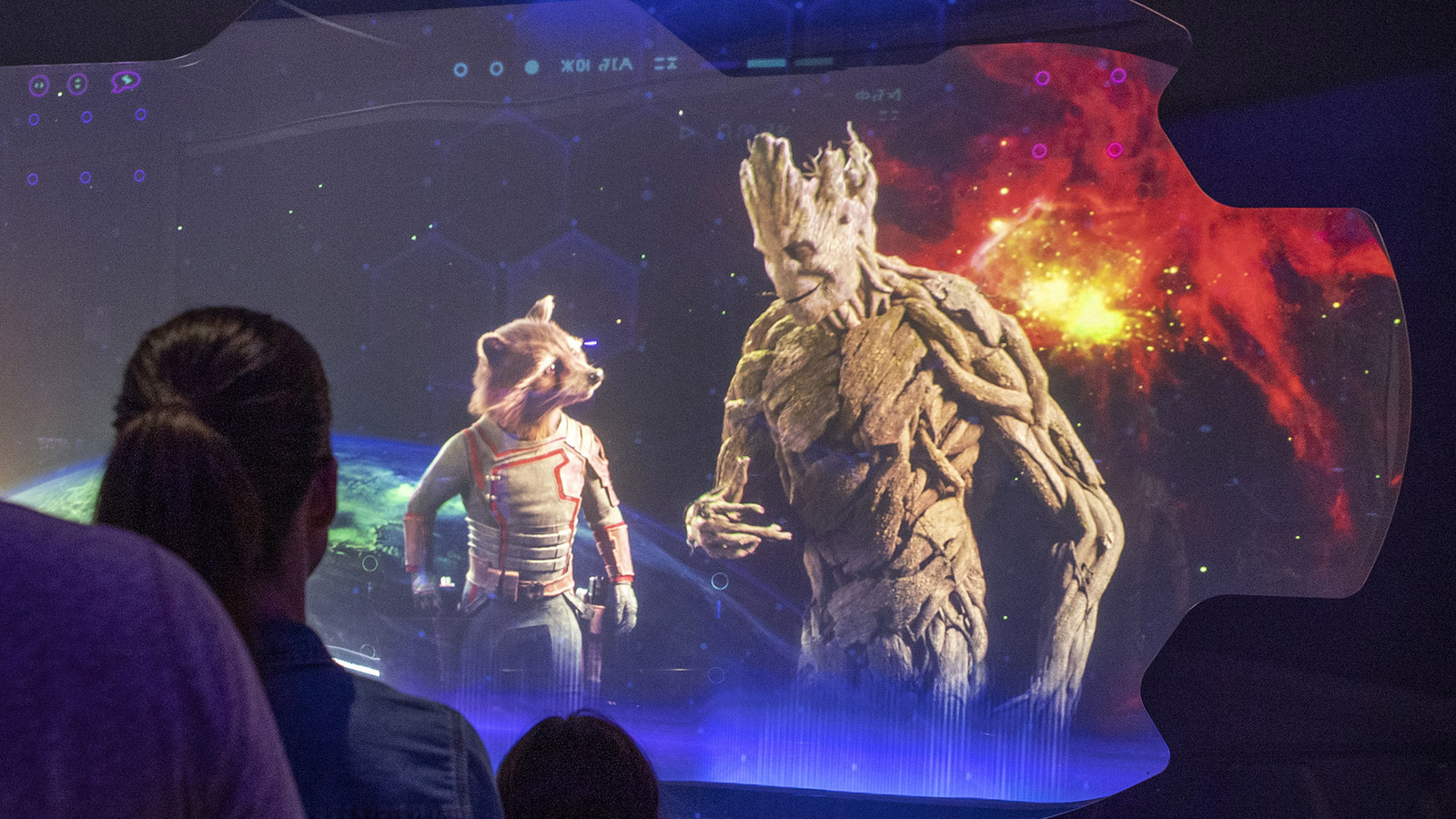 
Can you talk about the attraction’s overall concept and how it fits into EPCOT?

Well, it’s kind of EPCOT meets “Guardians of the Galaxy.” In our story, the Xandarians — [from] the planet and the systems in the first film — have decided to go out into the galaxy to sort of find allies and tell us about their people, their culture, their technology. And Star Lord happened to go to EPCOT as a kid, and said, “You need to be here. This is where you should be on Terra.”

So, the attraction has, I would say, two different parts. The first part, the pre-show, is really the Wonders of Xandar. So if the Xandarians came to EPCOT and did a pavilion in EPCOT, what would it look like? They’ve got a planetary type show where they talk about their galaxy, our galaxy, the Big Bang, things that we play off later in our show. And then they also have exhibits that talk about their city planning, and how they use design for city planning. They even have a nod to Walt Disney, and his ideas for city planning for something called EPCOT. It gives us a chance to talk about some EPCOTian, I would say, themes.

And then the next part of the attraction is really where the Xandarians want to give us this gift to allow us to travel throughout the galaxy. But unfortunately, things go wrong. A villain appears and we are all called in to help save the galaxy. And that leads to the coaster adventure, the highlighted attraction.

Bitcoin Is The Ultimate Representation Of Energy

What Can an At-Home Fertility Test Tell You?