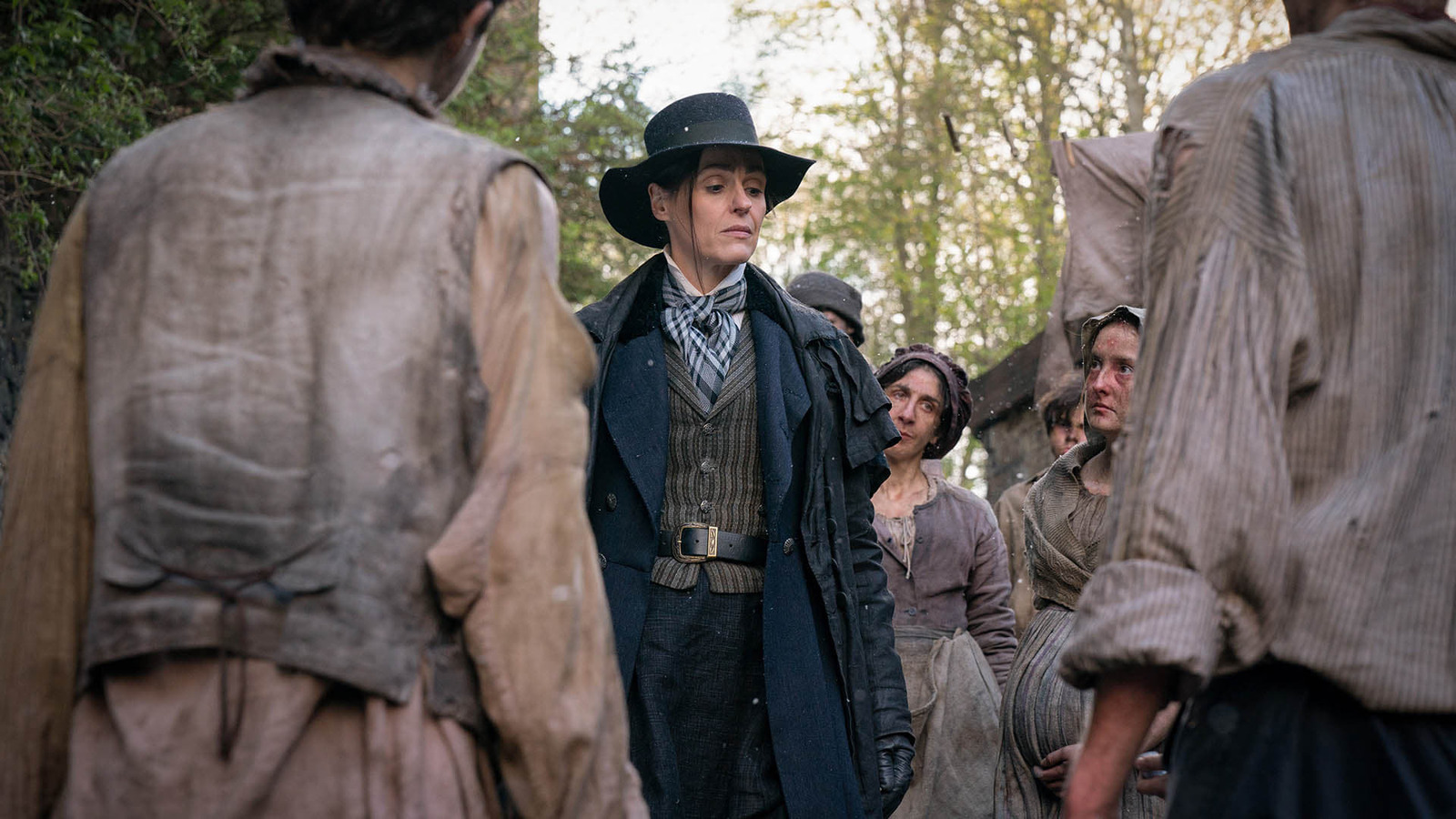 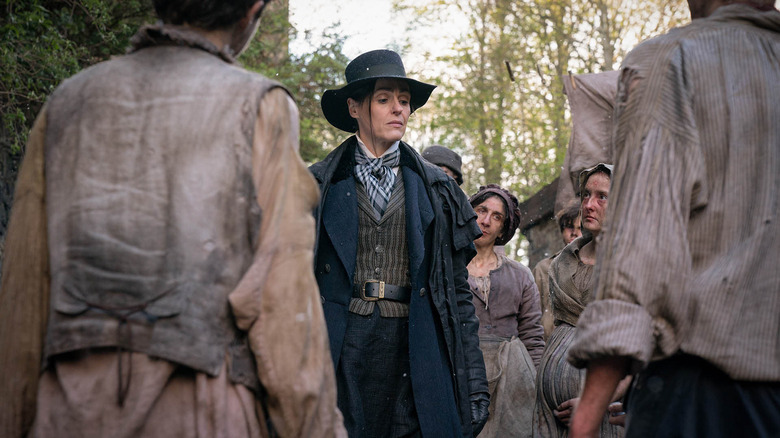 We interrupt your regularly scheduled lesbian period drama to bring you this breaking news update: Anne Lister was a Tory. This is certainly not new information (see: Anne in the pilot, putting her tenants in their place. Or Anne last week, telling a crying preteen servant girl to accept her lot in life and work harder), but given the political uproar in Halifax, her politics are especially front and center in “A Lucky and Narrow Escape.” Not that Anne really needs an excuse to put her unfortunate hot takes about social order on display — somehow, even her sister’s love life becomes a vehicle for espousing her backward beliefs. Gosh, she spends so much time buried in business this week that it almost feels like she’s trying to avoid something …

You know that feeling when you’re so overwhelmed by the realities of cheating on your wife that instead of unpacking that emotional turmoil, you throw yourself into politics? Anne has decided to spend the week power walking from one business venture to the next, which involves digging her heels in with the Tories, ranting about the great Lister name, and making it very difficult not to wince every time she shares the screen with one of her employees. If you thought last week was a tough time to be an Anne Lister (Suranne Jones) stan, then steel yourself because although she sees the error of her ways when it comes to cheating, that doesn’t mean she can’t spend an hour bullying her sister and contemplating political corruption!

SPOILERS for season 2 episode 5 of “Gentleman Jack” are below.

The Revolution Gets Televised 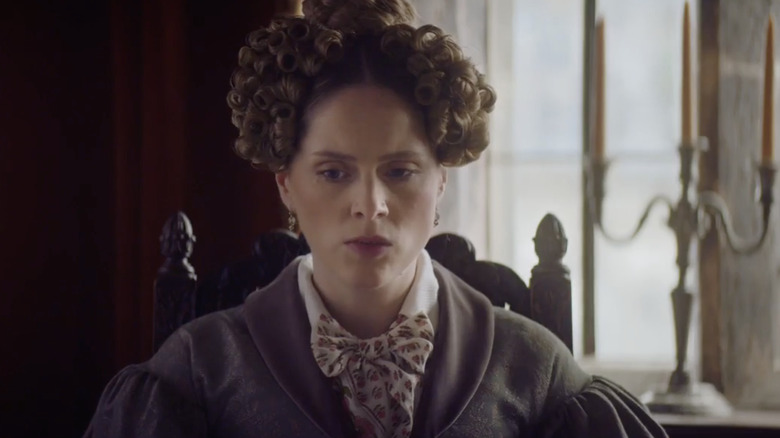 When the episode kicks off, political turmoil is all the rage in Halifax, thanks to the chaos of the recent election. A win for Anne’s party is met with overwhelming anger from the working class, which quickly erupts into full-blown rioting in the streets, much to the alarm of the upper-crust folks. It’s become abundantly clear that what began as rumblings of discontent from the Radicals has finally reached its peak — not just in town, but across the country. The news even manages to reach the worrying mind of Miss Ann Walker (Sophie Rundle) who finally hears back from her sister — or at the very least, hears tell of a letter with Elizabeth’s signature at the bottom.

Mr. Washington meets with the wives to let them know that Elizabeth sent instructions for distresses to be made, evicting many of their estate’s longtime tenants. It doesn’t take a political genius to see that the middle of this revolution isn’t a great time to be evicting tenants, and Miss Walker worries that she’s about to be on the receiving end of misplaced anger. At the same time, she suspects that this isn’t Elizabeth’s doing at all. Captain Sutherland is the one speaking, even if it looks like her sister’s loopy cursive — knowing Halifax is in such a delicate place, he may be trying to scare Miss Walker away from pursuing her half of the fortune.

The more we learn about the Halifax situation, the more Ann’s fear makes sense. When Miss Lister ventures into town — despite the warnings of her very testy sister (we’ll get to that later), she comes face to face with shattered glass, burned buildings, ash, and some very disgruntled townspeople. But she doesn’t back down from them, heading to her lawyer’s office to get a new property purchase settled. Maybe she should worry, though, because it turns out that her business rivals, the Rawsons, were targeted by the rioters. In fact, according to the Tory gossip, the rioters would’ve hanged Christopher Rawson if he hadn’t escaped first. But none of this scares Anne off of political corruption — in fact, it likely inspires her to tell her lawyer that when they choose a tenant, it should be someone who will vote their way.

The Duality Of Anne Lister 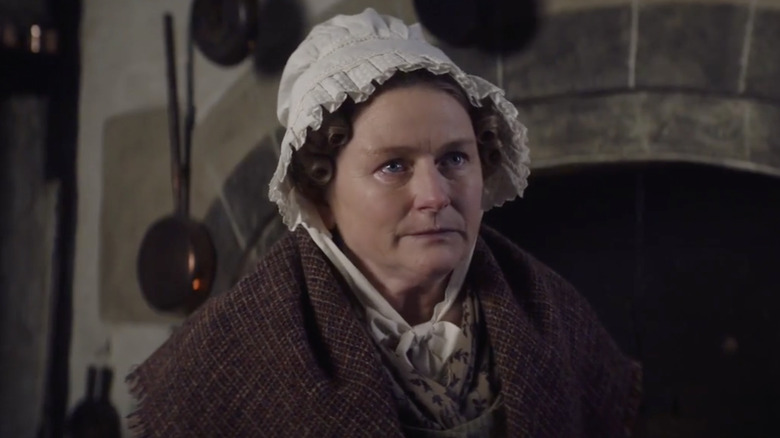 Anne has a penchant for having conversations that make me wince. An early one is her complicated interaction with her housekeeper, Elizabeth Cordingley (Rosie Cavaliero), who’s been struggling with pain in her hip. Anne suggests that she’ll have Doctor Sunderland take a look at it when he stops by for Aunt Anne, but Ms. Cordingley tries to refuse. Secretly, she’s afraid that if he actually finds something irrevocably wrong, Anne will, in her words, “take me outside and shoot me like she did Percy.” But Anne wouldn’t treat a staff member like a lame horse, right? Other than her stern demeanor and political affiliation, what would make anyone think such a thing?! In response to Ms. Cordingley’s nerves Anne, an empath, says, “We can’t expect a good day’s work from you if you’re in pain.” The urge to facepalm is so, so strong. (Side note: In addition to having 4 characters named Ann(e), we now have Sutherlands and Sunderlands. This show’s determination not to change names for the sake of being easier to follow is god-tier stuff.)

When Doctor Sunderland arrives and is very pushy about helping, Ms. Cordingley gets upset and has an outburst, pushing him away. After seeing him off, Anne reminds us how effortlessly intimidating she can be by staring poor Ms. Cordingley down before giving her some time off. It’s not done unkindly — the implication is that she can go get some rest and then return. Ms. Cordingley even seems comforted by Anne’s assurance that any replacement cook would only be temporary, but it’s not like her concern was ever misplaced. Anne might be fond of her, but she’s not exactly charitable. If the hip situation worsens, how long would this tenderness last? It’s both troubling and a testament to just how good this show is that the answer feels unsettlingly unclear. Anne Lister has proven herself endlessly complicated — cruel and kind all in the same breath. Her progressiveness is only matched by her ability to be so utterly tone-deaf that she could just as quickly be labeled conservative. She’s both of them, all at once, which is as exciting as it is infuriating. 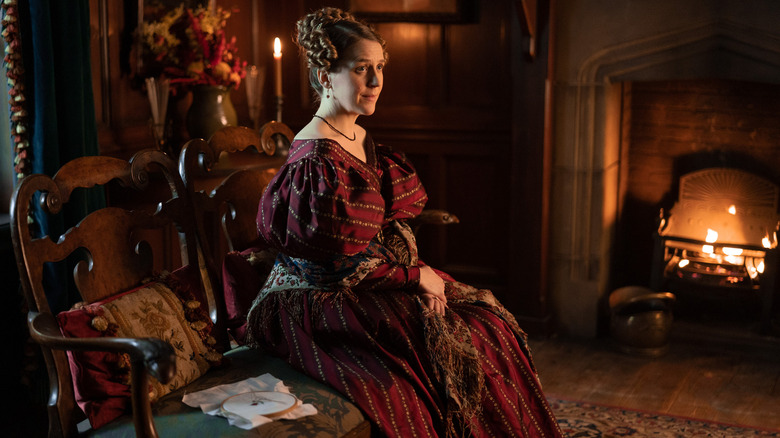 And then there’s Marian (Gemma Whelan), who has decided to marry Mr. Abbott, despite all the indifference from her family. The scene she shares with Anne is a series best — so long as you resist the overwhelming urge to cover your ears and pretend it’s not really happening. When Marian reveals her marriage intention, Anne reacts about as well as expected: some of this is just general dislike for Mr. Abbott, which she isn’t alone in. No one was thrilled about the time he spent ignoring Marian, something that obviously hurt her too. Also, on the one occasion that he did dine with the family (sans Anne) he was a bit of a dunce. But should any of that matter if Marian wants to marry him? (And she does! Just look at her dress!)

But that’s not really what Anne’s anger is about. She seems pretty rattled by the possibility of another man in the family, who could undermine her and make a claim to Shibden Hall — not to mention any children they would have. Maybe more significant is her anger that Marian would be marrying beneath herself — not just because Mr. Abbott is a bit goofy, but because he’s in the wool trade and Marian is a Lister. All of this is ten times more painful because while Marian never falters in accepting Miss Walker into the family — a life partner so obviously frowned upon by society — Anne threatens to disinherit her if she marries Mr. Abbott. Even crueler, she would want to sever all ties entirely. “You must understand that there could be no further communication between us … Your name would never again pass our lips.”

Again, this complicated portrait of Anne Lister is nothing new — it’s something threaded throughout the entire series, a fundamental aspect of her characterization. But it’s times like this that make it so easy to sit back and marvel at the show Sally Wainwright has created. A less daring (and less honest) interpretation of the Lister-Walker love story would take Anne Lister’s diaries and spin a simpler love tale, focused on the life that these two women built together. Instead, Wainwright has been wholly undaunted about the walking contradiction that is Anne Lister: a woman who is burning convention to the ground in one moment, then thriving within its confines in the next.

Dinner And A Threat 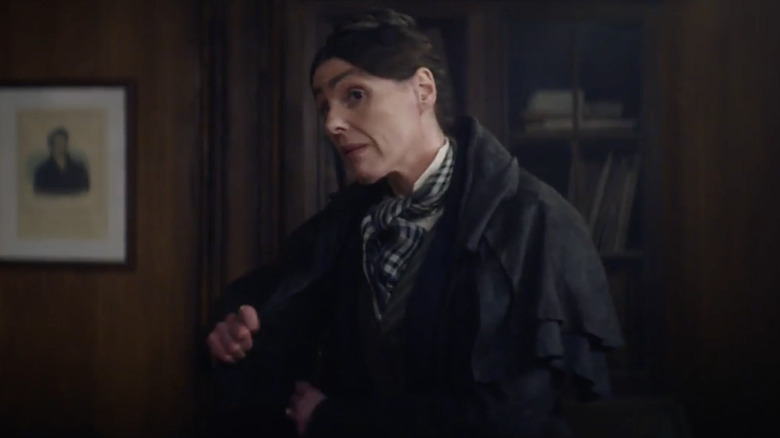 In rare cracks, glimmers, and unabashed grins, Suranne Jones offers emotional rawness from Anne — but otherwise, she’s on guard, with a mask fully fastened. Between episodes 4 and 5 alone, we watch her go from an emotional mess, haunted by nostalgia and love, to the version of her that returns to Halifax: testier and more determined than ever. The life that Anne is building with Miss Walker, the one she’s fighting so hard to maintain, is only attainable through this ruthlessness — that’s why she’s so fixated on status and power. But she can only wear the mask for so long.

The episode ends on an ominous note: someone has posted a marriage announcement in the paper, in celebration of a union between a “Tom” Lister and Ann Walker. Someone is very dangerously proclaiming the relationships between the two women, calling attention to them. Thus far, Anne has refused to keep a low profile and she’s drawing lots of attention to herself, upsetting men all over the town and becoming a political and business powerhouse. All the while, she’s moved a woman into her house. The rumors and whispers aren’t just circling, they’re getting louder people are getting bolder. And who could’ve done this? Her list of enemies is so long, that it’s hard to say. At dinner, Anne and Ann both laugh it off but when they return to their bedroom, the pair sit in silence, weighed down by the gravity of the situation — a real and present threat to their lives and future together. 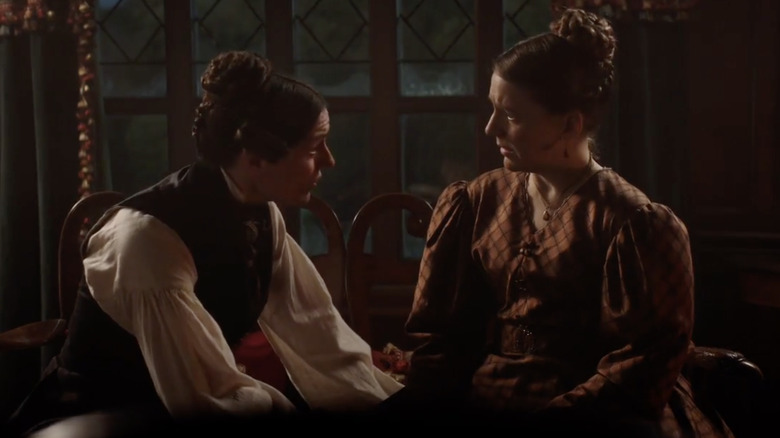 Read this next: Horror Roles That Changed Actors Forever

The post Gentleman Jack Is A Speed-Walking Contradiction In ‘A Lucky And Narrow Escape’ appeared first on /Film.

Bitcoin And The Soul-Seeking Of Humanity