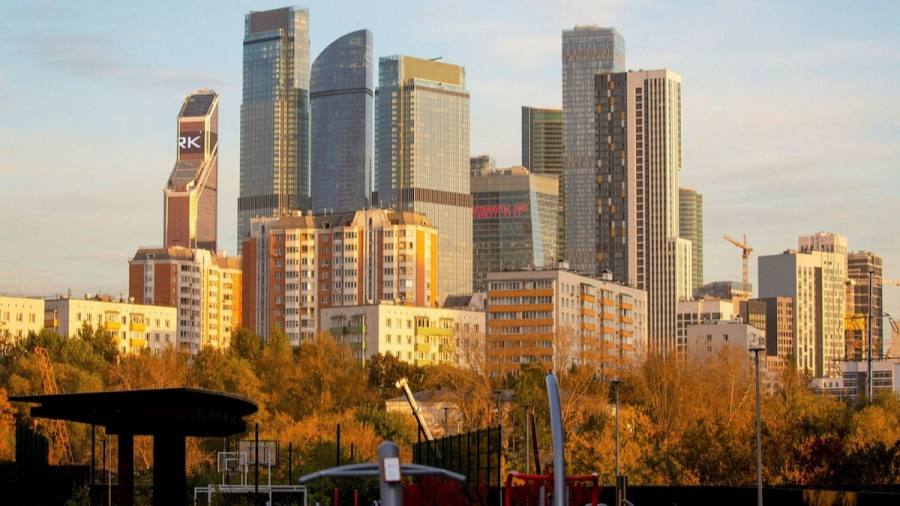 Auditors and tax advisers in the UK are lobbying the government for exemptions from a ban on working for businesses in Russia imposed after the invasion of Ukraine.

Some advisers, including insolvency practitioners, said the proposed ban would make it risky or even impossible to help clients with Russian links meet certain legal obligations such as filing tax returns in the UK and elsewhere.

The ban on professional services exports followed the imposition of UK economic sanctions against more than 1,600 Russian individuals and entities.

Ministers are now weighing “very limited exceptions”, such as services needed to wind down operations or contracts for UK firms that are already pulling out of Russia, said a person with knowledge of the details.

UK firms, which have a long history of advising Russian companies and wealthy individuals, account for 10 per cent of Russian imports in the accountancy, management consultancy and PR sectors.

Thanks for reading FirstFT Africa/Europe. Here’s the rest of the day’s news.

The latest on the war in Ukraine

1. Chelsea sale set for UK approval Roman Abramovich’s £4.25bn sale of Chelsea Football Club to a consortium spearheaded by US financier Todd Boehly is expected to be signed off by ministers after weeks of tense negotiations to ensure the oligarch does not benefit from the proceeds.

2. Sunak orders plan for electricity windfall tax UK chancellor Rishi Sunak has ordered officials to draw up plans for a possible windfall tax on more than £10bn of excess profits by electricity generators to support households struggling with soaring energy bills, on top of levies on North Sea oil and gas producers.

3. Partygate photos raise pressure on Johnson UK prime minister Boris Johnson has come under renewed criticism following the publication of photographs reportedly showing him drinking with officials in 2020 while England was under a four-week lockdown. The pictures were released as senior civil servant Sue Gray prepares her long-awaited report into gatherings at Downing Street and Whitehall.

4. Eurozone to end negative interest rates European Central Bank president Christine Lagarde signalled that the central bank’s eight-year experiment with negative rates would end within months, saying borrowing costs were on track to hit zero by the end of September. ECB officials estimate the eurozone’s neutral rate at between 1 per cent and 2 per cent.

5. Erdoğan says he no longer recognises Greece’s leader Turkish president Recep Tayyip Erdoğan said he would not meet Kyriakos Mitsotakis at a planned summit this year and accused the leader of neighbouring Greece of lobbying the US against providing Ankara with F-16 fighter jets, threatening to deepen a crisis within Nato over the alliance’s expansion.

Economic data S&P Global’s composite purchasing managers’ index will offer a critical test of eurozone business activity as policymakers weigh how soon to start raising interest rates. PMIs are also out for Germany, France, the US and the UK, where the CBI publishes its quarterly distributive trades survey. UK April public finances and public sector net borrowing are also released.

UK looks to innovation hubs to ‘level’ up left-behind areas The government wants universities and industry to partner in three “innovation accelerators” in Greater Manchester, the West Midlands and Glasgow city region, as part of efforts to “level up” left-behind areas and narrow regional inequalities by improving productivity outside the South East.

Ukraine war casts shadow over Davos Once the playground of financiers and chief executives, the World Economic Forum has been fundamentally changed by the Ukraine war, writes Gideon Rachman. Now, the politicians and generals are back in charge and business people, who assumed for decades that the world was a potential market, are disorientated.

‘Exxon of the past is dead’ after shake-up Activist hedge fund Engine No. 1’s long-shot victory a year ago — winning three seats on the board of the conservative supermajor — shook ExxonMobil and Big Oil. Targets to make operations net emissions free by 2050, spending limits on fossil fuel projects and a new low-carbon business are all signs of change.

Lebanon’s independents disrupt political order No bloc won Lebanon’s election this month outright, and long talks loom before a coalition government will be formed. But the emergence of independent MPs is a significant shift in a country long dominated by former warlords, scions of political dynasties and those backed by foreign money, say analysts.

Monkeypox: what to know about the virus Discovered in laboratory monkeys in 1958 and in a human 12 years later, monkeypox typically emerges from close contact with animals in sub-Saharan Africa. Almost 100 cases have been recorded in at least a dozen countries, the largest outbreak of the virus outside sub-Saharan Africa, as authorities in western nations warned that the virus was spreading in their communities.

How To Spend It

From Lake Como to Colombia, Bordeaux to the Bahamas, How To Spend It is full of ideas for getting away this summer in this special travel issue, with an opening letter from editor Jo Ellison.

Celtics’ Marcus Smart Out for Game 4 vs. Heat with Ankle Injury | Bleacher Report

Bitcoin And The Soul-Seeking Of Humanity