Stocks entered in a bear market. Here’s what that means : NPR 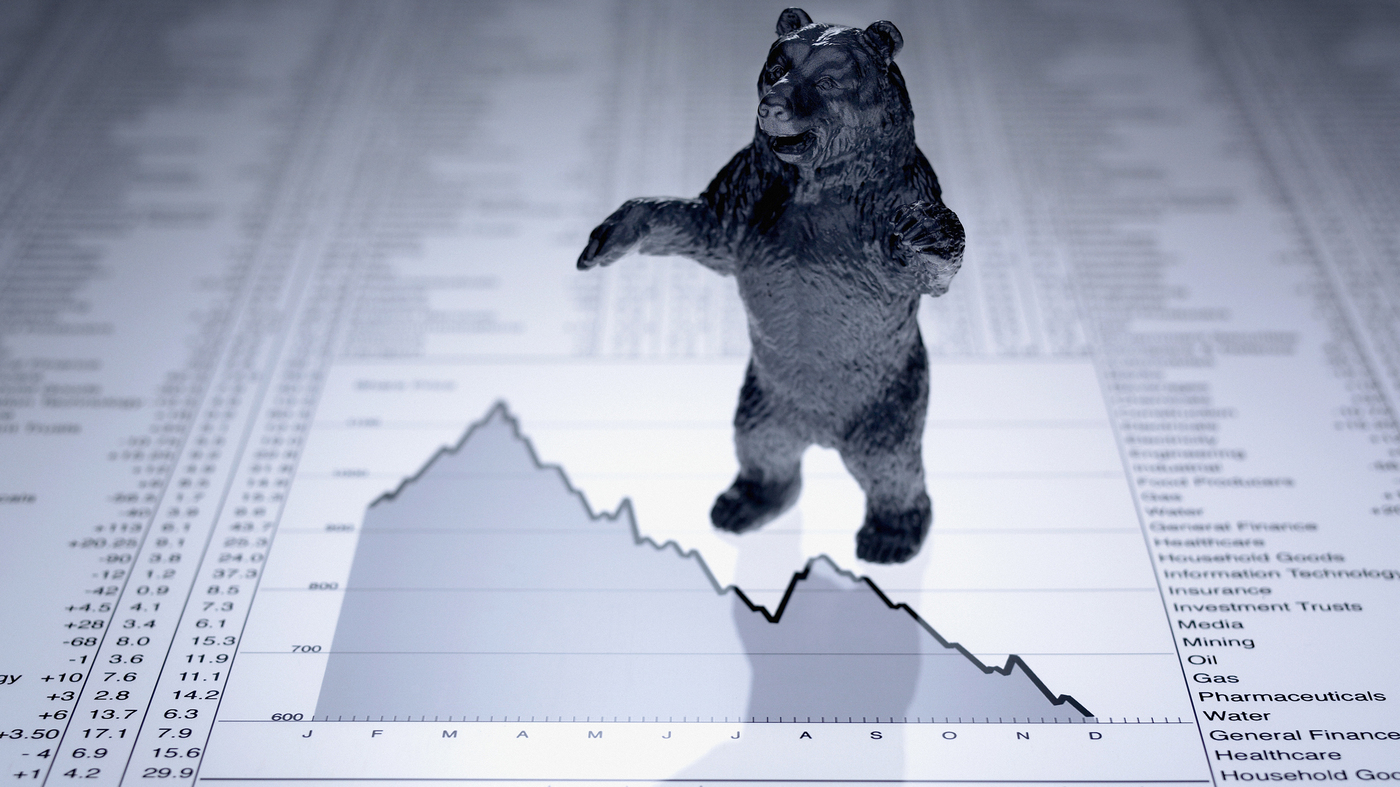 Stocks are in bear market territory.

Stocks are in bear market territory.

It was another brutal day on Wall Street.

One of the broadest stock market indexes, the S&P 500, entered a bear market during Friday’s trading. That means it had fallen a stunning 20% from a recent high in January.

A bear market is considered an important barometer of investor pessimism and is symbolic of a deep and sustained market selloff. It is defined as a period in which either a stock or market index drops by 20% or more from a recent high point.

The S&P 500 didn’t remain in bear market territory for too long and recovered to end the day barely changed. However, the index was still off over 3% for the week, posting its seventh consecutive week of declines, an event which has only occurred five times since 1928, according to Howard Silverblatt, senior index analyst at S&P Dow Jones Indices.

Stocks have been whipsawed in recent weeks and months because of worries about high inflation and rising rates. Fears that these forces might tip the country into a recession have also picked up.

“We see a very narrow path forward to achieve a soft landing and continue to anticipate a mild recession around the end of 2023,” Matthew Luzzetti, the chief U.S. economist at Deutsche Bank, said in a recent note.

Aside from inflation, a range of uncertainty has clouded the outlook for Wall Street. The ongoing war in Ukraine has led to higher commodity prices worldwide, and new COVID lockdowns in China have led to worries supply-chain issues will continue.

Among Friday’s biggest stock market losers was the Deere, which is one of the largest tractor makers in the world. The company said it is paying more for materials and continues to face a shortage of parts. Deere shares fell 15%.

This comes after earlier this week Walmart and Target reported that they were seeing signs that their customers were shifting their shopping habits. Some were buying fewer items and others were staying away from more expensive ones.

Walmart’s CFO Brett Biggs even told CNBC that customers were trading down to cheaper brands and choosing smaller sizes like half-gallons of milk and the store brand of lunch meat instead of a pricier brand-name one.

The S&P 500 is an index that tracks the 500 stocks of mostly the largest U.S. companies. It is a barometer of the health of corporate America and is considered one of leading indicators of the U.S. economy.

Trillions of dollars, including from retirement portfolios, are invested in index funds that make up the stocks of the S&P 500. When the value of the index falls, it leaves less for retirement income, one of the largest causes of worry for retirees.

On Friday, the benchmark S&P index joined the tech-heavy Nasdaq, which is already in a bear market and is now down about 30% from its all-time high. The Dow Jones Industrial Average is off about 15% from a recent high.