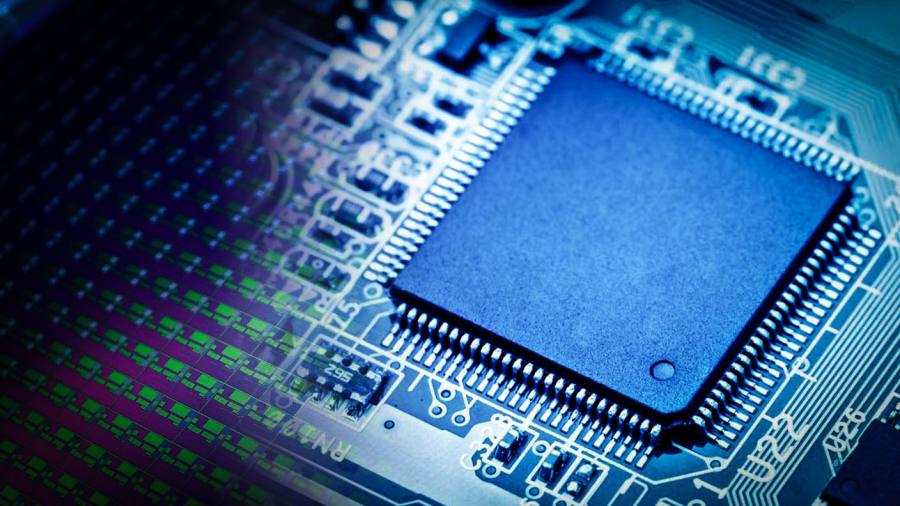 
Japanese auto parts maker Denso said late last month that it would build a major production plant for power chips with Taiwanese foundry UMC, a move that highlights the growing demand for these specialised semiconductors used in everything from electric vehicles to trains to wind turbines.

But the announcement is also another sign of what Japanese government and industry experts say is the domestic chip industry’s greatest weakness: fragmentation.

Denso chose to partner with the local unit of a Taiwanese chip manufacturer, while its four domestic peers are also investing in their own production plants.

Power chips are a type of semiconductor used for regulating electricity flows, and are essential for everything from electric vehicles and air conditioners to data centre servers and factory robots.

This segment accounted for close to 10 per cent of the $555bn global chip industry in 2021, and demand is expected to grow in line with the broader semiconductor market, according to World Semiconductor Trade Statistics. “They are indispensable devices for the global transition from fossil fuels,” said Hideki Wakabayashi, a professor at the Tokyo University of Science and a member of an advisory panel at Japan’s Ministry of Economy, Trade and Industry (Meti).

This article is from Nikkei Asia, a global publication with a uniquely Asian perspective on politics, the economy, business and international affairs. Our own correspondents and outside commentators from around the world share their views on Asia, while our Asia300 section provides in-depth coverage of 300 of the biggest and fastest-growing listed companies from 11 economies outside Japan.

The question for Japan’s chipmakers is whether they will be able to hold on to their niche. The world’s biggest power chipmaker — Germany’s Infineon Technologies — boasts a 21 per cent global market share, equal to Japan’s top five manufacturers combined.

Experts say the relatively small scale of Japanese chipmakers makes it difficult for them to scale up production and marketing. Japanese manufacturers are also cautious about making big investments, lest their peers do the same and an oversupply results.

Consolidation is needed, experts say, before the country’s share in the global market slips further — Japan lost 1.2 percentage points from 2020 to 2021.

Some are attempting to turn words into action.

Fumiaki Sato, co-founder of Sangyo Sosei Advisory, a boutique investment banking company, aims to establish a chip foundry that would provide manufacturing services for any and all of Japan’s power chipmakers. The idea is to create a power semiconductor equivalent of Taiwan Semiconductor Manufacturing Company (TSMC), the worlds largest contract chipmaker, said Sato, a former vice-chair at Merrill Lynch Japan.

“Each company invests in its production capacity. If they need more, they could come to us,” Sato told Nikkei Asia. Building a chip factory costs up to ¥100bn ($765mn), he said. “Companies see it as a risky undertaking, even at a time when demand is widely expected to grow. There is always a risk of oversupply.”

Sato is looking at acquiring an old chip plant in Niigata, central Japan, from Onsemi of the US, and his initiative was awarded a subsidy from Meti last year. But so far, the plan has yet to move forward.

One factor that has held back expansion of capacity is the nature of power semiconductors themselves. They are designed to handle high-voltage equipment, and are often built to individual product specifications rather than mass-produced.

But the industry could undergo a radical shift as mass production of electric vehicles starts, leading to calls for cheaper standardised chips, said Masao Taguchi, a former head of Fujitsu’s semiconductor business. “Power semiconductors could become more standardised, resulting in companies capable of scaling up production dominating the market,” he said. “That’s what has happened in the DRam market,” he added, referring to how Japanese chipmakers lost out to South Korean rivals in the memory chip market.

Infineon of Germany has pulled ahead in the race for scale. It operates two large fabrication plants for 300mm wafers, one in Dresden and the other in Villach, Austria. Denso’s facility will only come online in the first half of next year.

Toshiba is building two 300mm production facilities, one scheduled for operation in the current fiscal year and another for fiscal 2024. Mitsubishi Electric will start mass-producing 300mm wafers only in fiscal 2024.

Fuji Electric, a key supplier to Toyota and Honda, said that it was not chasing market share and keeps its capital investment under close control. It said it was preparing to develop a 300mm facility but declined to elaborate on the timeframe.

An industry official said that “consolidation is unlikely to occur unless it becomes really necessary”.

Policymakers, meanwhile, are keeping a close eye on the situation.

Demand for such semiconductors is expected to “grow fast” and “could outstrip supply”, said Kazumi Nishikawa, director of METI’s IT industry division.

The ministry has recently provided subsidies to Japanese chipmakers to help them upgrade their ageing plants, but Nishikawa said this was a short-term fix, not a long-term solution. “As a top producer of power semiconductors, Japan has a responsibility to the rest of the world for supply,” he said.

The government is expected to spell out concrete support measures for the industry once a bill is passed to beef up the nation’s economic security, he said. Those measures are expected to be part of next year’s budget.

Meti scored a victory last year when it helped persuade TSMC to build a chip plant in Kumamoto, southern Japan, but the ministry said there was more to be done. “We’ve managed to get to the start line,” Nishikawa said of the TSMC deal. “Progress in the chip industry is fast. Pause your efforts, and you’ll fall behind.”

One of the biggest tasks for the industry will be tackling Japan’s keiretsu system, in which companies form close affiliations and focus more on serving each other than the broader market. Breaking down this system will be crucial to reorganising Japan’s fragmented chip industry.

Taguchi, the former Fujitsu executive, sees a leader in Toshiba, which created the world’s second-largest flash memory maker, Kioxia. “Toshiba has high global recognition. It can become a rallying point for the Japanese semiconductor industry,” he said.

Wakabayashi, the Tokyo University of Science professor and member of the Meti strategy panel, also stressed the importance of being competitive on a global scale.

“Major customers of power semiconductors are likely to be global automotive suppliers — Denso, Bosch and Continental,” Wakabayashi said. “Denso is keeping up a good fight, but the others are Europeans.”