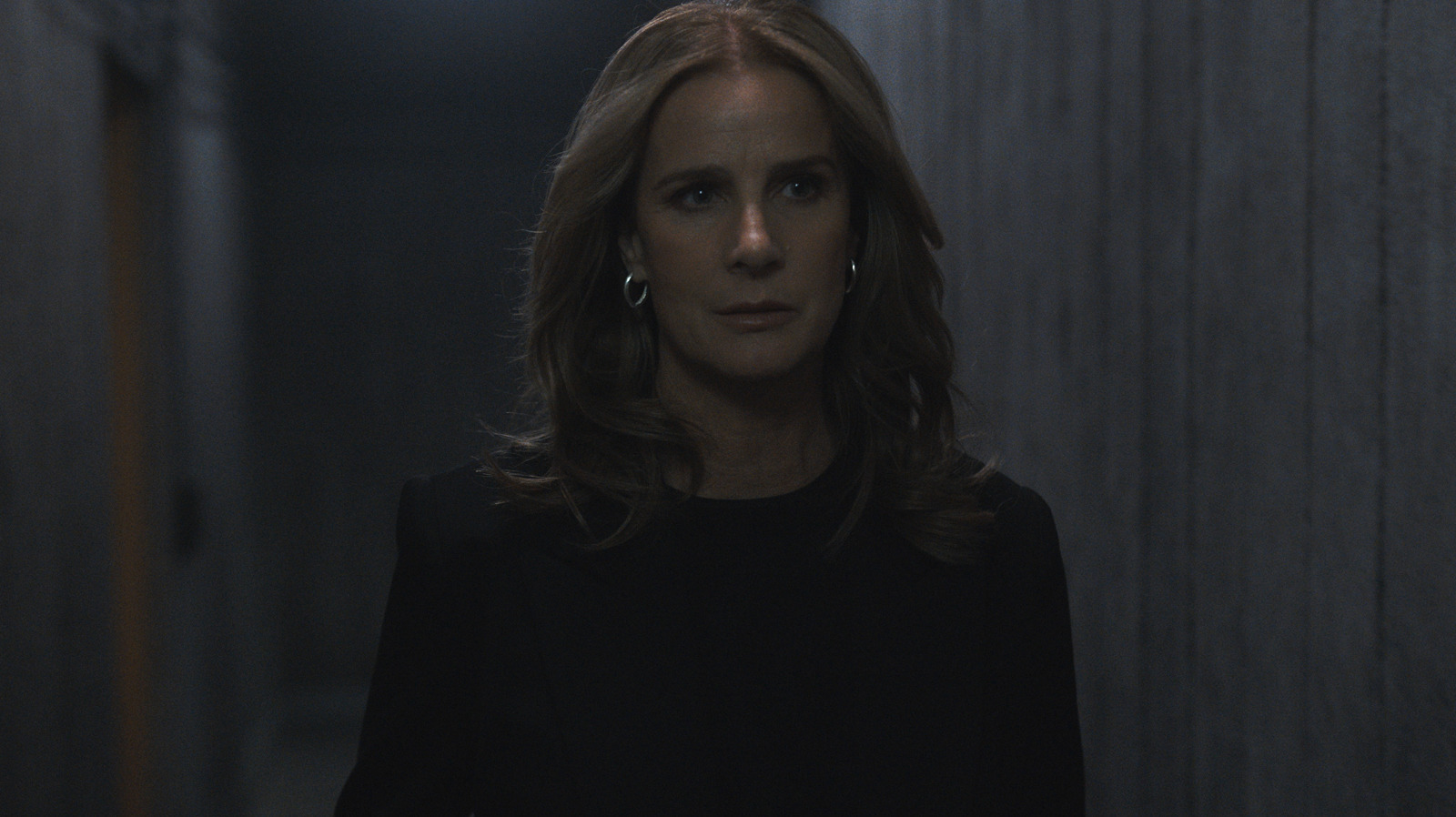 
Do you think of Gretchen as the villain of the story?

I think I divide my brain into segments, and there’s a small part of my brain that knows I’m the villain of the piece. I am the unreliable and morally questionable adult, in a world in which the children or the young people are living very authentic, earnest passages of life, I guess, to adulthood. But the rest of me, in designing the character, I think I’ve … more looking to history and the dangerous people in the world, at the moment, who so believe in their own ideology being right that they are able to cognitively deny the collateral of their bad ideas. And also people who are clearly — they may think they’re motivated kind of ideologically if you like, but it’s probably more likely there is narcissism behind their need to be right. And [the need] to be extraordinary, and to be someone important.

I think those people don’t look in the mirror and say, “I’m the villain.” They look in the mirror and say they’re fighting the good fight. They’re going to overturn that election on January the 6th, because “this country has been stolen by liberals.” So that part of me is, you can’t judge yourself when you set up the design, do you know what I mean? But the character herself, she may have moments of doubt, but the doubt isn’t actually about whether or not she is doing the right thing. It’s just, will she pull it off? Because the fear of failure is so great. People who are certain are just very dangerous, don’t you think?

Of course. So where do you think that her role as a mother plays into that? Because we did see a little bit of her relationship with her son in the first season, and it clearly plays into her motivation.

Look, I think Gretchen finds it almost impossible to be in an equal and genuine relationship where she’s not in control. I don’t know if she’s on some kind of spectrum, which could be possible, but [she doesn’t have] just that normal empathetic flow of valuing somebody intrinsically for who they are, not what they reflect about herself. Or being interested in their experience, even if it’s not interesting to her own special interests, which is also very on the spectrum.

I think she’s found it very difficult to have a genuine relationship with her own child, because everything is filtered through this ego, and through this intellectual idea of what she thinks her job is, as a mother. But I think the memo she never got was that the job is to connect and to bond, and make that child feel that they’re never alone in the world.

She says the right things around that, but I don’t think she’s actually capable of the kind of vulnerability that is natural if one is truly present. Or prepared to have any real moral reckoning, in order to understand another person. The confrontation with one’s own moral universe, that one has to risk if one is truly to be open to another person … that one might disagree with, that may not be what one wants.

Season 2 of “The Wilds” is now streaming on Prime Video.

Clean Beauty—and Why It Matters