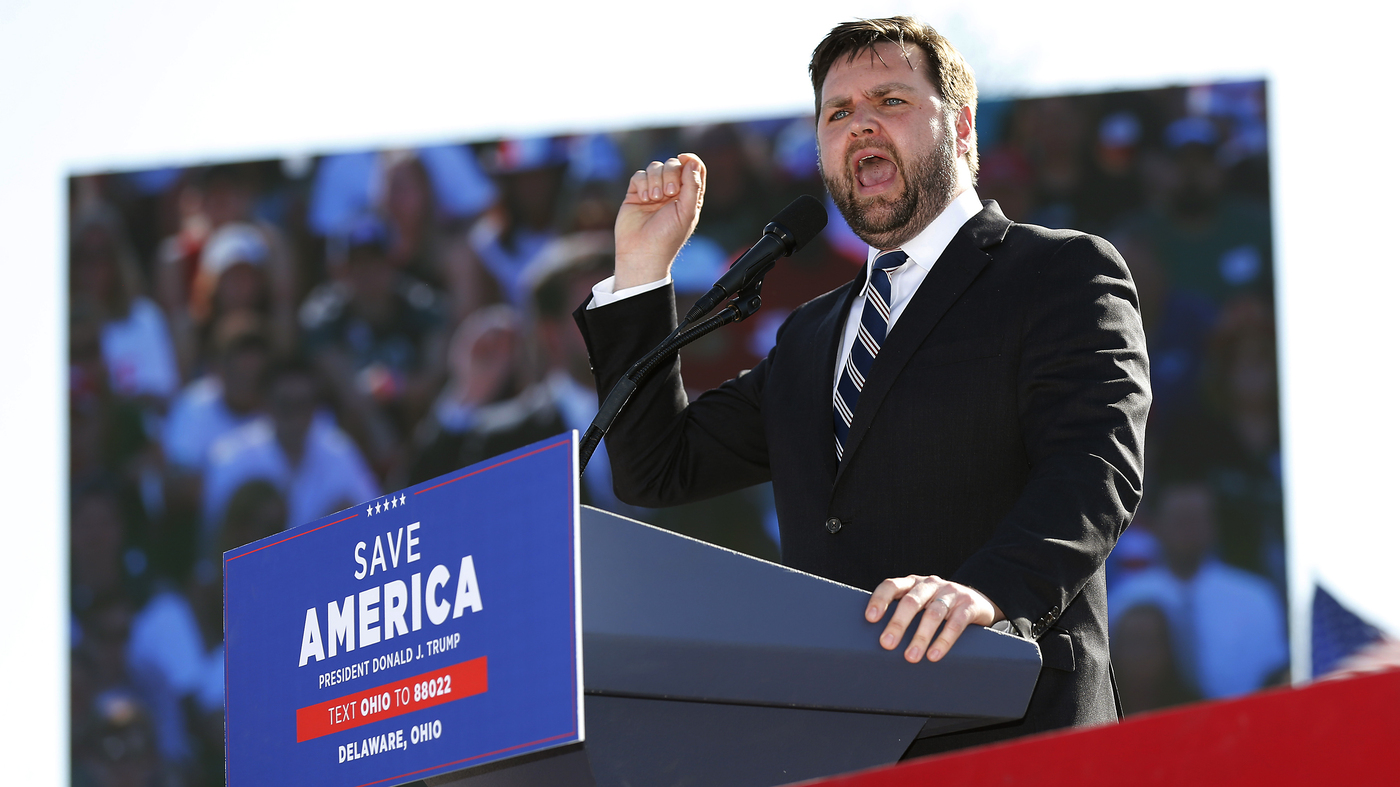 Republican Senate candidate J.D. Vance speaks at a rally with former President Donald Trump at the Delaware County Fairgrounds in Delaware, Ohio, on April 23. On Tuesday, the Trump-backed candidate won with a narrow victory.

Republican Senate candidate J.D. Vance speaks at a rally with former President Donald Trump at the Delaware County Fairgrounds in Delaware, Ohio, on April 23. On Tuesday, the Trump-backed candidate won with a narrow victory.

Vance topped Josh Mandel, a former state treasurer who had pitched himself in Trump’s mold, and who had been near the top of polls for months.

The Republican nominee will face off against Democratic U.S. Rep. Tim Ryan, who won his party’s contest earlier Tuesday evening, the AP said.

Even before Trump endorsed Vance, the race had become somewhat of a test of who could be the most Trump-like. One Mandel ad said he was “pro-Trump” while Timken said she was “the real Trump conservative.” Gibbons compared his businessman background to Trump’s.

Vance, meanwhile, had a history of criticizing the former president, which is part of the reason Trump’s endorsement came as a surprise to many in Ohio. In 2016, Vance had called Trump “reprehensible” and an “idiot,” but in his primary campaign, Vance did a 180 and said those comments were “stupid.” He’s since referred to Trump as “the greatest president in my lifetime.”

“Like some others, J.D. Vance may have said some not so great things about me in the past, but he gets it now, and I have seen that in spades,” Trump said in his endorsement statement, adding that he had studied the race closely.

Despite waiting until just a couple of weeks ago to weigh in — and flubbing Vance’s name at a rally on Sunday — it was clear Trump’s endorsement affected the race.

Vance started immediately climbing in polls after Trump’s endorsement, overtaking Mandel, who was in his third U.S. Senate campaign, in the last few days.

Also notable was how Trump’s endorsement of Vance seemingly had an impact on a candidate who had been more critical of the former president.

Dolan was the lone candidate in the GOP field who said he believed Trump should stop talking about the results of the 2020 election. He also called the Jan. 6 insurrection at the Capitol an attack on democracy.

Trump’s decision to weigh in on the race also led to some Republican infighting.

The conservative group Club for Growth backed Mandel and ran ads against Vance for his previous anti-Trump views. Mandel was also endorsed by Sen. Ted Cruz of Texas.

Democrats are hoping a party divide might benefit them ahead of November’s election, but Ohio’s purple-to-red trajectory is likely not in their favor. Trump won the once-swing state by a healthy margin in both 2016 and 2020.

My Morning Routine: Recipes for a Beautiful (and Efficient) Day