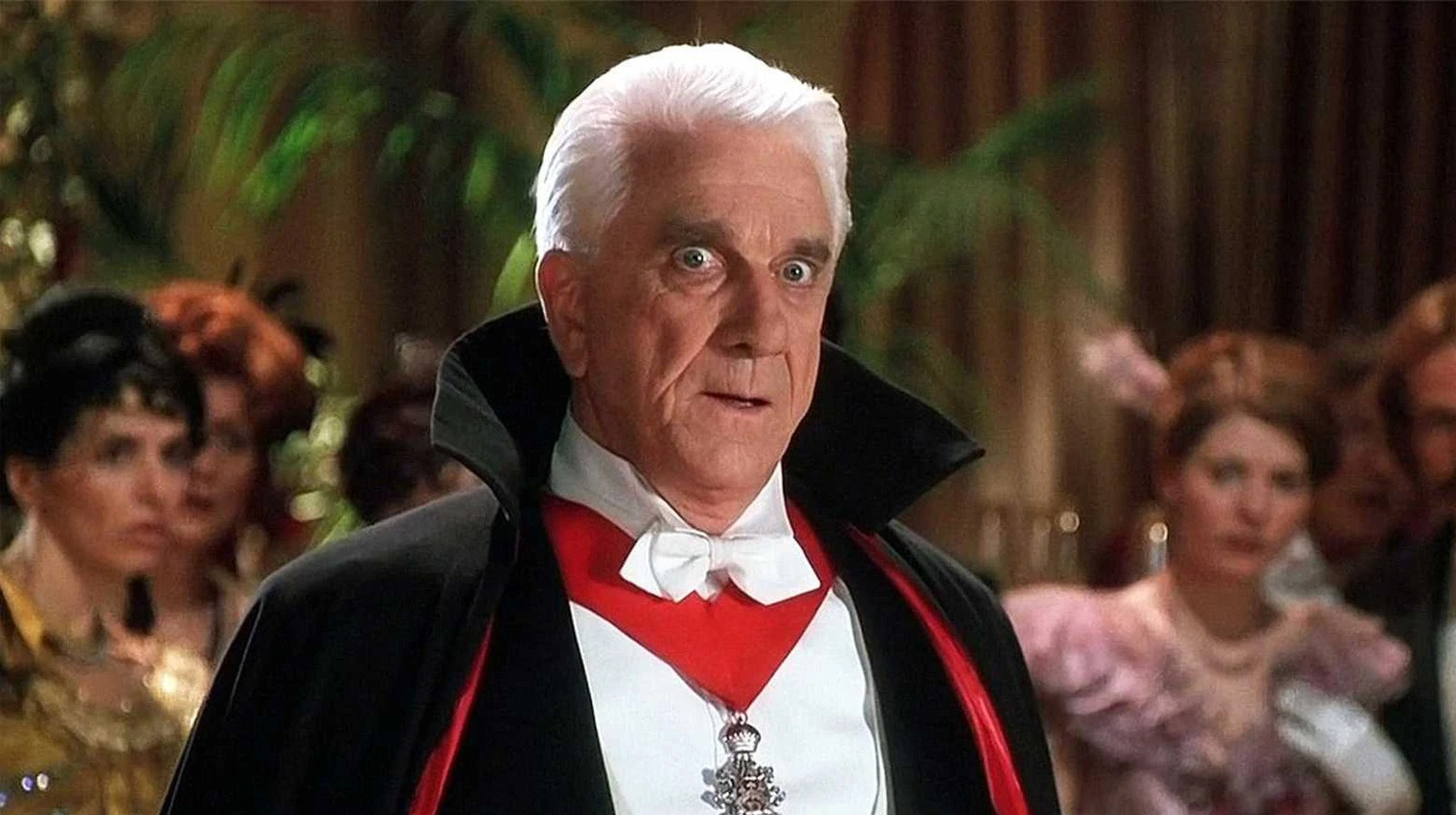 
Mel Brooks made one of the best parodies of all time with “Young Frankenstein,” which debuted in 1974 — long after the initial release of its inspiration, the Universal “Frankenstein” films. “Dracula Dead and Loving It” often gets compared to the Oscar-nominated film, which is a bit unfair; yes, both spoof classic gothic horror stories, but the cultural context for the movies — and the pop culture surrounding their release — were very different, which may be part of the reason why Brooks’ later horror spoof didn’t fare as well with critics.

“Dracula Dead and Loving It” is ostensibly a parody of “Dracula,” but it’s mainly responding to the 1992 film adaptation starring Gary Oldman as the iconic vamp villain. The Dracula costume — especially the “hat” Nielsen wears — are clearly a riff on the ’90s version of the Count, with a healthy dose of Classic Universal Horror thrown in for good measure. There are some surprisingly nuanced nods to the 1932 film found here: for example, the subtle makeup highlighting under the eyes of Lucy when she meets Dracula, and later Mina when she’s under the Count’s spell, echoes the lighting effect used to illuminate Bela Lugosi’s eyes in the original Universal film. The shadow gags here play with a concept introduced in the definitive vampire movie “Nosferatu.” And the sets — delightfully vibrant yet distinctly phoney — have a “sound stage” feel to them.

Perhaps the failing with “Dracula Dead and Loving It” — at least at the time of release — is that the film tries to do too much, struggling under the weight of parodying the 1992 film when there was an entire century of “Dracula” movies to have fun with. However, viewed today, “Dracula Dead and Loving It” presents a fun snapshot of mid-’90s pop culture. This was the height of “sexy vampires” before “Buffy” made them angsty antiheroes and “Twilight” made them sparkle. But unlike 1994’s “Interview with a Vampire” or even 1998’s “Blade,” “Dracula Dead and Loving It” doesn’t revere this heightened sensuality — it mocks it, reducing Dracula and his horny undead brides to bawdy punchlines. Renfield and Harker’s reactions to these women are priceless, and are exactly the kind of timeless (if a bit tasteless) jokes that never get old.

The History And Future Of Financial Planning