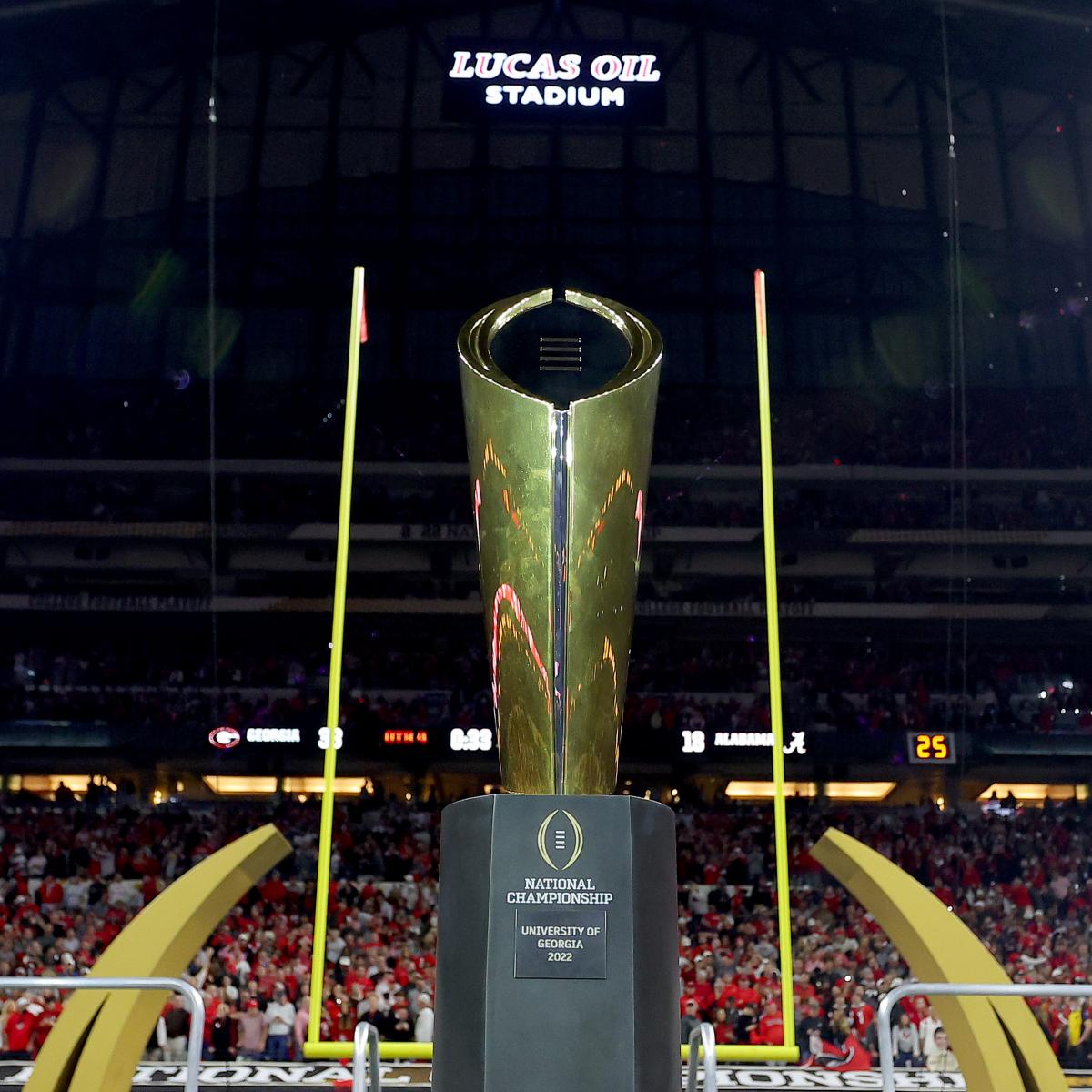 Through eight years of the College Football Playoff era, the four-team championship tournament has largely done its job. The most deserving teams have typically reached the coveted stage, even as the CFP setup itself has come under scrutiny.

Sure, the CFP isn’t perfect. Neither was the Bowl Championship Series it replaced in 2014. But no expansion to the field or a single adjustment will make the CFP perfect, either.

That said, it absolutely can be improved.

This edition of B/R’s offseason series is focused on the postseason format and offers solutions for the CFP’s main issues.

Alabama has earned seven CFP appearances in eight seasons, and Clemson has recorded six. Oklahoma and Ohio State have landed four trips apiece. That quartet has accounted for 21 of the 32 total playoff spots, 12 of the 16 championship qualifiers and six of the eight national champions.

As with any dynasty, apathy has steadily set in. Fans have expressed fatigue in seeing the same old teams in the CFP.

Unfortunately, achieving parity is not that simple. Simply for an example, pretend the field expands to 12 and includes the top 11 teams plus the highest-ranked Group of Five program—or the 12 highest, if a G5 champion is among the list.

Dating back to 2014, 14 teams—Ohio State, Alabama, Clemson, Ohio State, Oklahoma, Georgia, Notre Dame, Penn State, Baylor, Florida, Florida State, Michigan, Michigan State, Washington and Wisconsin—each have at least three final rankings in that criteria. They would have combined for 61 of the 96 CFP spots. And then, 27 other programs would make up the remaining 35 qualifiers.

Based on that math, it’s fair to assume eight “usual suspects” and a rotating cast of four unique programs.

Perfect? No. Better? If you prefer to see different teams, yes.

Once in a while, adults have an easy answer to certain questions from children: Because I said so.

That shouldn’t be acceptable in college football, yet that’s effectively the justification for many controversial CFP rankings.

Tuesday nights late in the season, the 13-member CFP selection committee spokesperson jumps on ESPN and a phone conference to explain the latest Top 25. Too often, the response basically boils down to “the committee uses every piece of information we have available and that’s what we decided.”

The outcome of a head-to-head matchup is key, unless it’s not. The eye test is an important factor, except not always. Common opponents and strength of schedule matter, until they don’t. Overall records are decisive, but sometimes not.

Since the committee’s process has no transparency, poorly explained rankings are maddening. So, too, is when any of those aforementioned factors are applied inconsistently within the same Top 25.

Both the easiest and most efficient fix is to open the doors.

Pick a few media members to observe and share the comments anonymously. Hire an in-house writer to track the discussion and piece it together. Give the spokesperson more defined answers. But do something, because the current system is exasperating.

Cincinnati brought down the glass ceiling in 2021, becoming the first Group of Five program to reach the CFP semifinals.

Would it have happened without 2020, though?

That season, the Bearcats ripped off a 9-0 record en route to an American Athletic Conference title before narrowly losing to Georgia in the Peach Bowl. Cincinnati finished eighth in the last CFP ranking. For good measure, the Bearcats’ impressive year followed two straight 11-win campaigns.

When (not if) expansion happens—more on that shortly—the format absolutely must, at the bare minimum, include the highest-ranked G5 champion in the field. Otherwise, a deserving G5 winner seems to not have a chance at capitalizing on a perfect season unless it already accomplished that once before.

Expansion is coming. But the leadership of the CFP missed the first window for change and instead must wait for 2026.

Many pieces of this discussion are unclear, and no topic is more undecided than the next format. How many teams? Should there be automatic qualifiers? If yes, what’s the criteria? What about Group of Five champions and the process for at-large selections? Will opening-round games played on campus or at neutral sites?

That’s a different article of its own, though. Despite all of those questions, there’s too much money at stake—hundreds of millions annually—for the CFP to remain the same.

Conversations broke down around the CFP leadership’s self-imposed deadline earlier in 2022. As a result, any changes won’t be instituted until the next TV contract begins in four years.

While that may feel like plenty of time, ESPN has an exclusive 30-day negotiating window in October 2024—about 30 months away. Conference commissioners need to restart the discussion this offseason, especially since they need to confront and diffuse lingering tension from these recent conversations.

Expansion is on the horizon. Soon enough, though, time will be running out. Again. These conversations need to restart now.