Jean-Luc Enlists His Own Version Of Agent Mulder In Episode 8 Of Star Trek: Picard Season 2 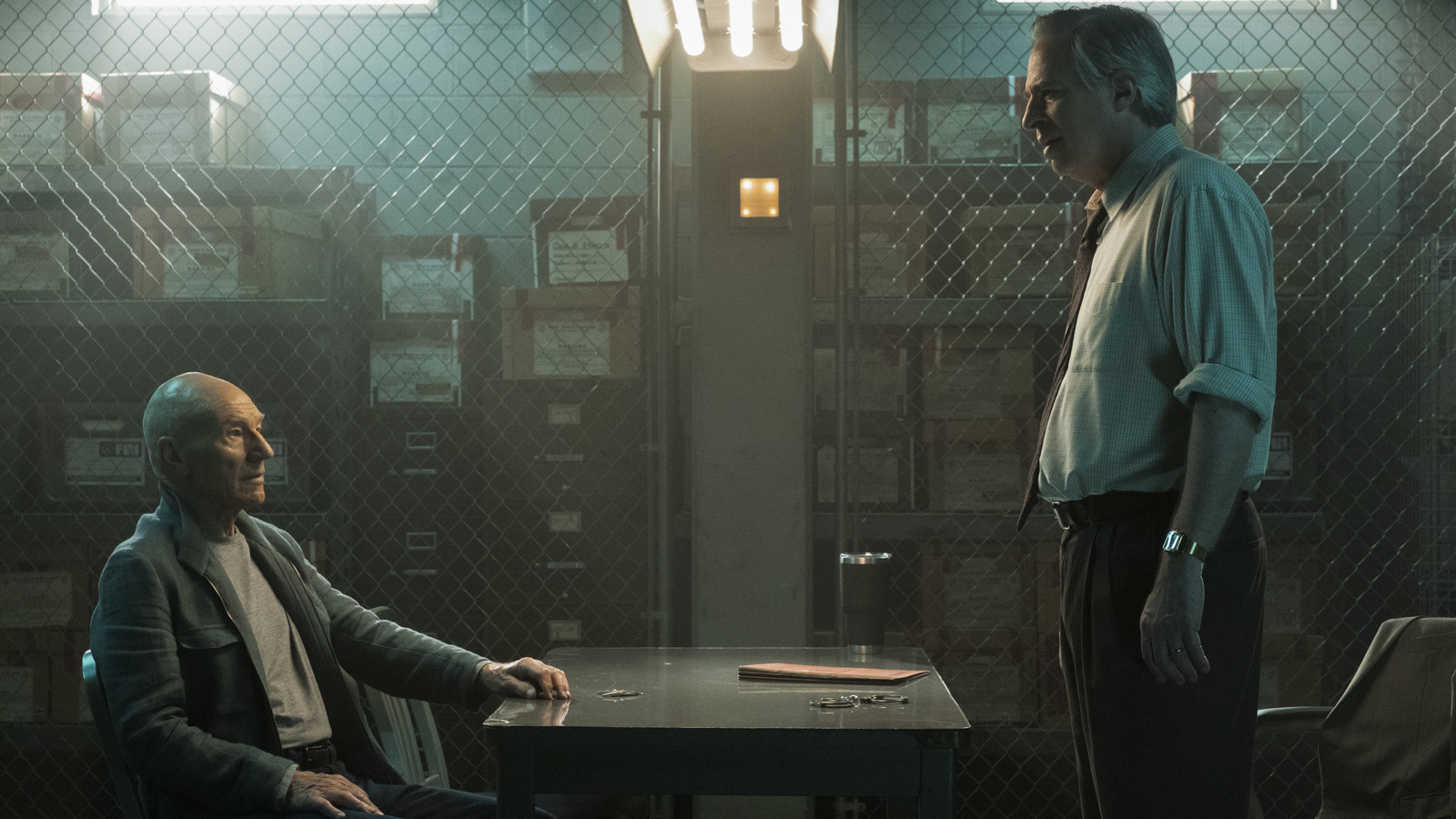 At the end of episode 7, Picard and Guinan (Ito Aghayere) were apprehended by 2024’s own Agent Mulder, a character named Wells (actor Jay Karnes who, incidentally, played a Starfleet lieutenant in the fifth season of “Star Trek: Voyager”). Picard and Guinan are taken to a top-secret FBI bunker where they are interrogated. Picard is questioned by Wells, and has the good sense to play dumb. Wells eventually reveals that he became an FBI agent because of a boyhood run-in he had with a pair of visiting Vulcans. Just as the Vulcans were initiating a mind meld to erase Wells’ memory, they were beamed away, leaving Wells obsessed with finding aliens. Figuring that Wells already had a run-in with space visitors (prior to “First Contact”!), Picard spills the beans. He is from the 25th century, there is an evil robot on the loose in Los Angeles, and he needs the FBI’s help. Picard’s “Will you help me” speech is riddled with clichés, and wouldn’t have felt out of place in a corny comic book movie from the 1990s.

Guinan, meanwhile, is questioned by Q himself, posing as an FBI agent. It is to Guinan that Q will reveal his ultimate motivation: Q, it turns out, is dying. The Q Continuum is supposed to be immortal, so it came as quite a shock to both Guinan and to Q. De Lancie gives a good performance, talking about opening himself up to the possibility of glorious oblivion, but eventually had to face that he was merely withering away. Because he was facing his own mortality, Q decided to put Picard in a trap one last time just to see if his old Starfleet friend could wriggle his way out.

This is disappointing. Q instigated the second season of “Star Trek: Picard” out of the boredom wrought by a midlife crisis? This doesn’t seem like a very becoming motivation for an immortal deity. Perhaps Q would have visited Picard, but to discuss mortality, not to put him through the wringer — checking notes — for fun. If Q were messing around, surely he would have teleported Picard into Sherwood Forest again.

The reveal of Q’s motivation also robs the central plot of its stability. Did Q know that Picard would think to infiltrate a party? Did he know the Borg Queen was needed to go back in time? Did Q intend for the Borg Queen to take over the mind of Dr. Jurati (Alison Pill)? Q was giving hints to the genetic scientist Adam Soong (Brent Spiner). What was the plan there? Did Q know about the Watcher? Did he know Picard and co. were going to visit the locales they did? It’s all terribly thought out.

Bonds Are Down 30% From All-Time Highs