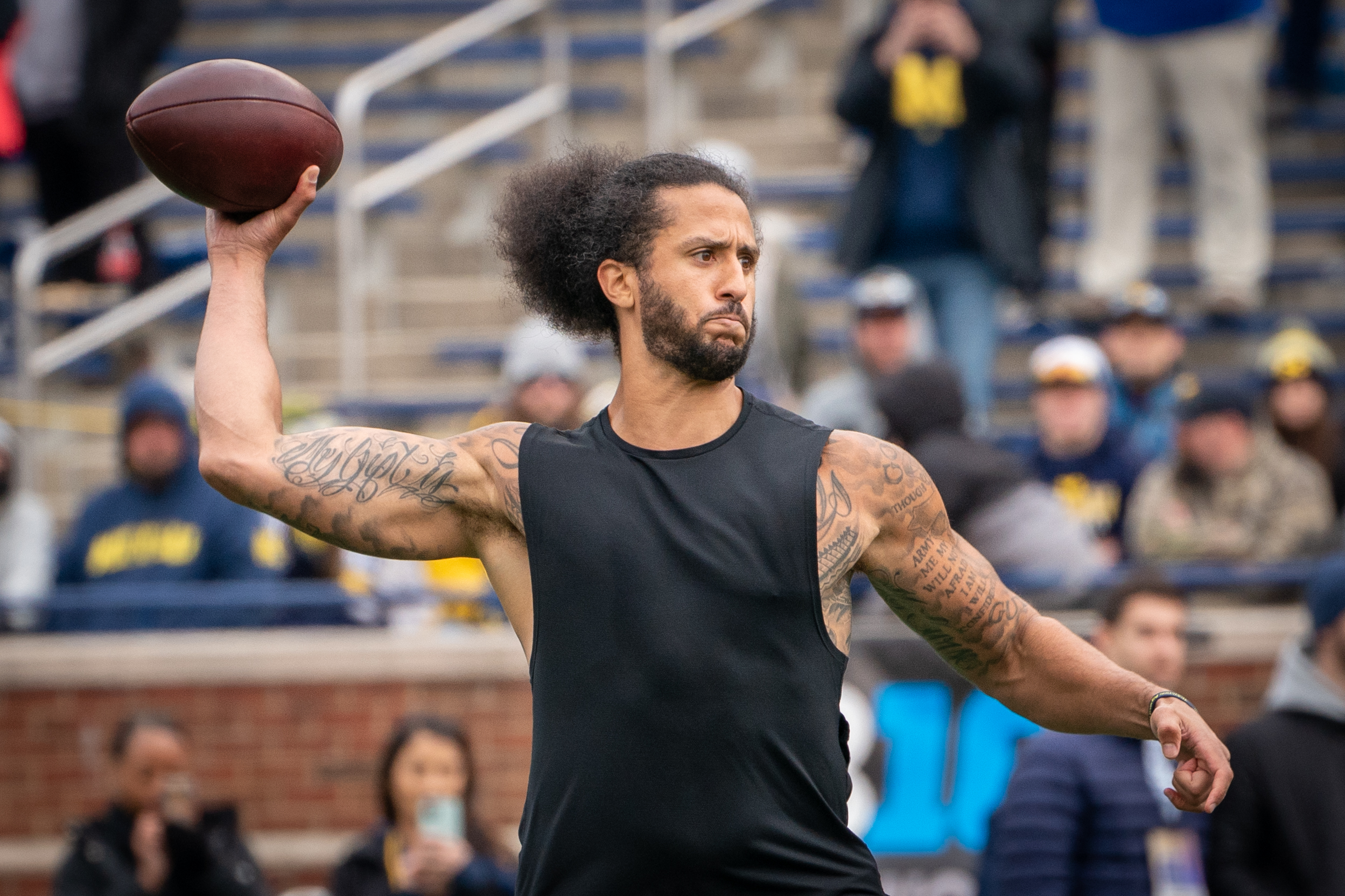 According to ProFootballTalk’s Michael David Smith, Fields felt Kaepernick performed well at a throwing session: “That was actually my first time meeting him. It was cool meeting him, of course. He’s an icon. It was awesome just to meet him and work with him. He looked pretty good. He looked good, yeah.”

Fields noted that he and the veteran free agent work with the same private quarterback coach, which is what led to them meeting up and Fields being present for one of Kaepernick’s sessions.

Although he hasn’t played in the NFL since 2016, the 34-year-old Kaepernick has held multiple throwing sessions this offseason in an effort to impress NFL teams and earn another chance.

Kaepernick spent six seasons with the San Francisco 49ers from 2011 through ’16, reaching two NFC Championship Games and one Super Bowl during that time.

While Kaepernick was far from an elite passer, the prevailing thought was that his departure from the NFL had more to do with outside factors than football.

Most notably, Kaepernick began kneeling during the playing of the national anthem in 2016 as a means of protesting against racial inequality, social injustice and police brutality.

Many other players across the league joined in, which led to the NFL changing anthem rules and asking players to remain in the locker room rather than outwardly protesting.

Kaepernick filed a grievance against the NFL, alleging that teams colluded to keep him out of the league in his free agency after the 2016 season, and the two sides ended up settling for a monetary sum.

While Kaepernick has made numerous attempts to return to the NFL over the past several years, teams have continued to shy away from signing him.

Speaking this week on the I Am Athlete YouTube channel (h/t NFL.com’s Michael Baca), Kaepernick said he would be willing to accept a backup role if it meant getting back into the league: “Yeah. I know I have to find my way back in. So, yeah, if I have to come in as a backup that’s fine, but that’s not where I’m staying. And when I prove that I’m a starter, I want to be able to step on the field as such. I just need that opportunity to walk through the door.”

At this point, being a backup is likely the best he can hope for in 2022 since most teams have addressed their quarterback rooms via trade or free agency, or plan to during the 2022 NFL draft.

It isn’t outside the realm of possibility that a team like the Bears could look to bring him in as a backup and mentor to Fields, although Chicago may want to avoid signing anyone who could be perceived as competition for the young signal-caller.

Fields started 10 games as a rookie and had his ups and downs, but with veteran Andy Dalton no longer in the fold, the Bears are poised to hand him the reins fully in 2022.

Like Kaepernick once was, Fields has a chance to be one of the NFL’s best dual-threat quarterbacks due to his combination of a rocket arm and running ability.

Kaepernick’s days as a young phenom may be over, but if he still possesses much of the same skill set he did during his playing days, there is reason to believe he could be an asset to any team that signs him.

What flight attendants think of ending the mask mandate on airplanes