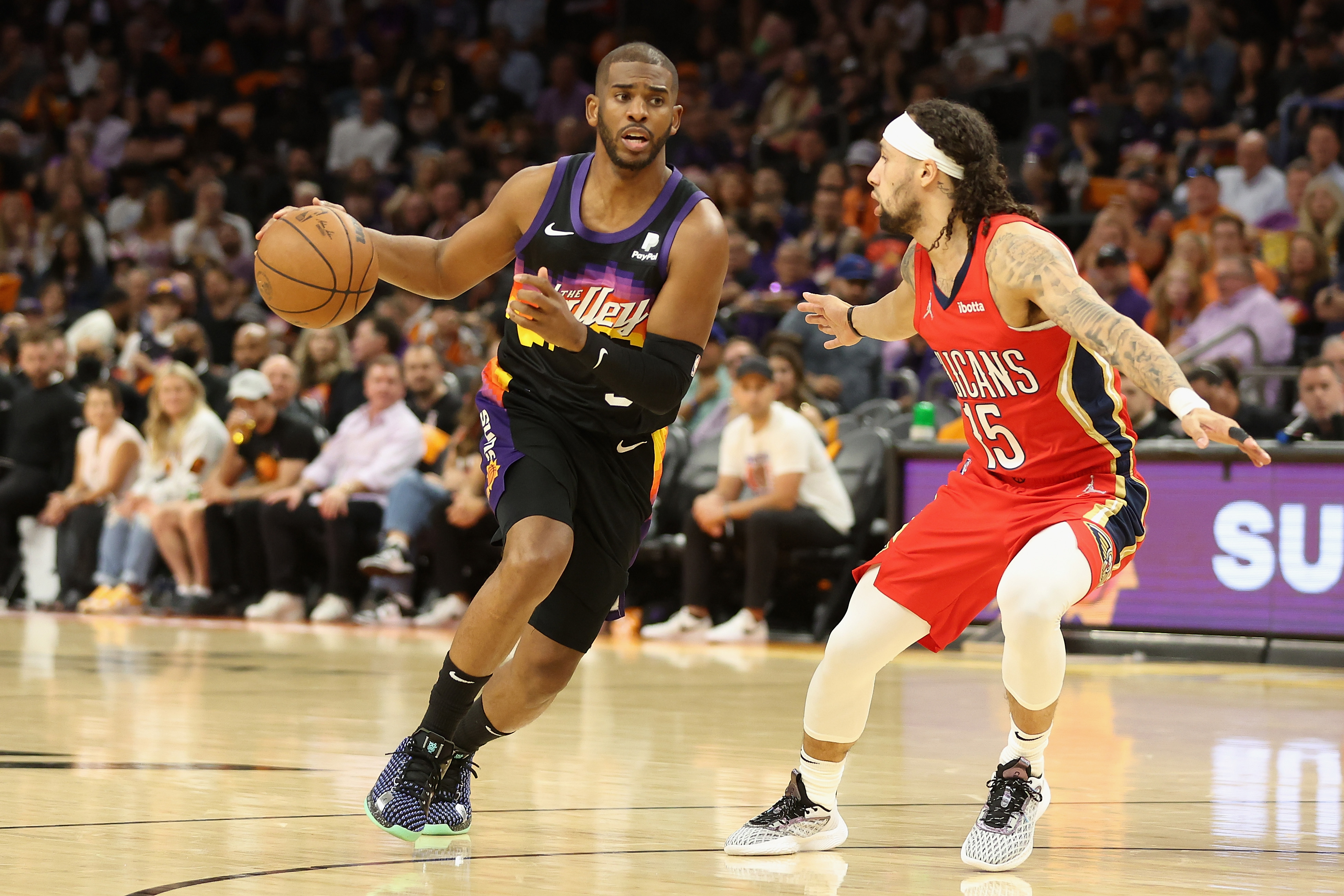 The New Orleans Pelicans figure to be merely a speed bump for the Phoenix Suns, who will be graded on a championship-or-bust curve throughout the playoffs after falling just short in the NBA Finals last season.

They’ll be lifting up the Larry O’Brien Trophy in no time if Chris Paul keeps playing like he did when their 110-99 Game 1 victory was hanging in the balance Sunday.

New Orleans came storming back to cut the lead to single digits with an 18-5 run in the third quarter just for Point God to put on an absolute clinic of basketball brilliance. He danced through defenders, drilled three triples and put Larry Nance Jr. in a blender while blowing by him for a layup as he scored 17 of his team’s 19 points during a blistering stretch to put the game away.

Chris Paul has scored or assisted on the last 15 Suns points.<br><br>Point God mode has been activated.

The point god is at it again. My goodness what a run from Chris Paul. 11 points and an assist on 5 consecutive possessions

Chris Paul is ridiculous. <br><br>He’s scored 13 of the last 15 for PHX and assisted on the other bucket.

You know what’s crazy? CP3 was great 15 years ago. Ten years ago. Five years ago. Today. With completely different teams, at different points in his career, with different responsibilities. Doesn’t matter. Just. Greatness.

Chris Paul: Always an incredible playoff performer for those who haven’t paid attention to his entire career

This is like….one of the all-time masterpiece Chris Paul single game stretches of his career. I feel lucky to be watching this.

It was basketball poetry by the leader of the league’s best team on his way to 30 points, 10 assists, seven rebounds, three steals and something of a statement to the Pelicans that he can take over at a moment’s notice whenever needed.

Throw in Devin Booker drilling shots from downtown and facilitating, Deandre Ayton showing off his versatility with jumpers and touch around the rim, Mikal Bridges playing like a Defensive Player of the Year, and Cameron Johnson providing a spark off the bench, and the Suns looked every bit the part of a championship team.

The art of alley-oop. <a href=”https://t.co/UlypXdQgUJ”>pic.twitter.com/UlypXdQgUJ</a>

Every young wing should study Mikal Bridges closely. Few players in the NBA have such a positive impact on winning with such little offensive volume. A true star in his role.

The Pelicans received solid games from CJ McCollum (25 points, eight boards and six assists) and Jonas Valanciunas (18 points and 25 rebounds), but they are clearly facing a different level of competition than the play-in tournament and may struggle to bounce back in Tuesday’s Game 2.