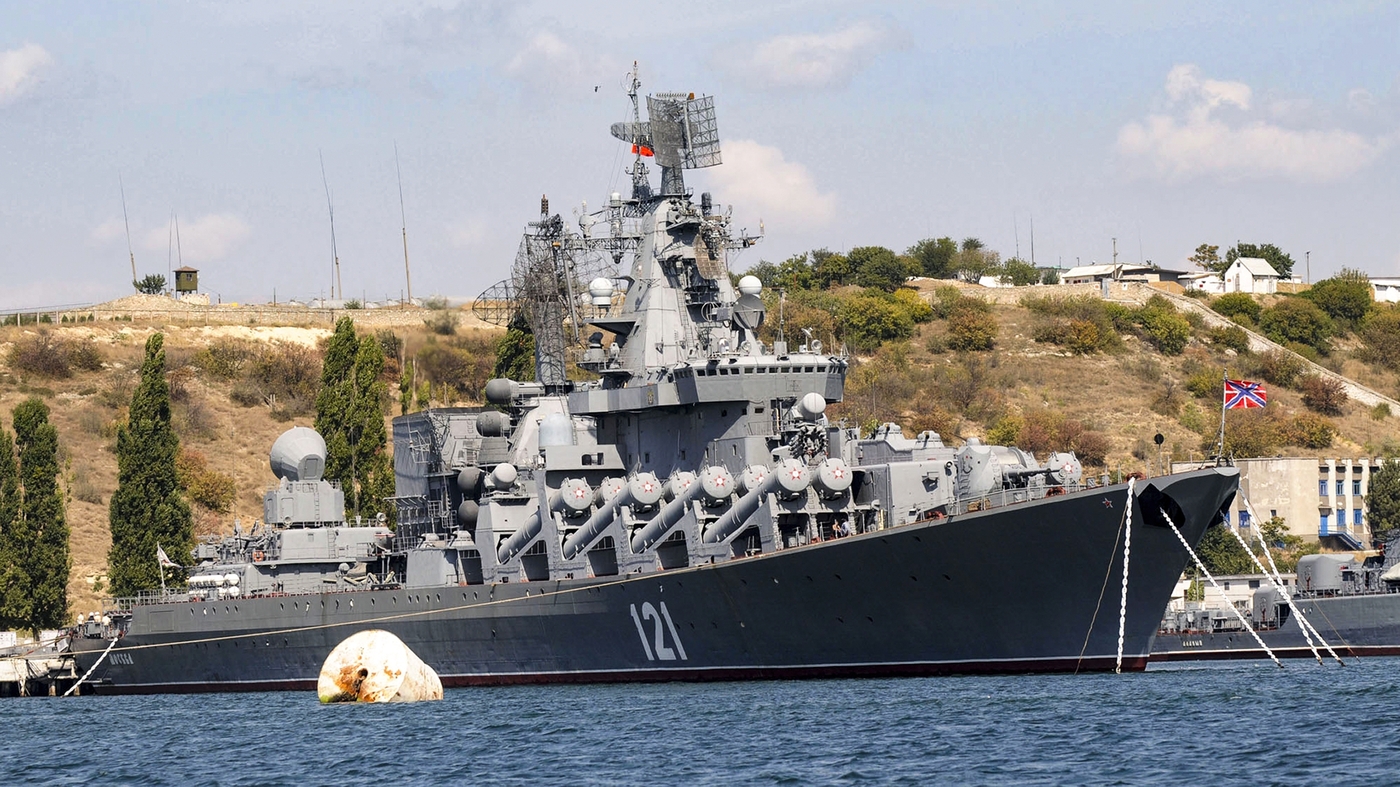 The Russian missile cruiser Moskva, the flagship of Russia’s Black Sea fleet, is seen anchored in the Black Sea port of Sevastopol in 2008.

The Russian missile cruiser Moskva, the flagship of Russia’s Black Sea fleet, is seen anchored in the Black Sea port of Sevastopol in 2008.

A Russian missile cruiser operating in the Black Sea has been heavily damaged and its crew evacuated. Ukraine and Russia are offering differing accounts of what happened to the vessel.

The Russians say a missile cruiser called the Moskva, the flagship of its Black Sea fleet, experienced a fire on board Wednesday that caused munitions to explode. Russia’s Tass news agency quoted Kremlin officials as saying the vessel’s crew of roughly 500 sailors has now been evacuated and an investigation of the blaze is underway.

Meanwhile, Ukrainian officials claimed that they attacked the Moskva, damaging the vessel with Neptune cruise missiles (which are designed for use against ships). Neither account could be independently confirmed and there’s no information on how many Russian sailors were killed or injured.

The Moskva gained notoriety at the start of the war when its crew called on Ukrainian border troops defending the strategic Snake Island to surrender— only to be refused with profanity. The Ukrainian troops in question were initially believed to have been killed but were actually taken captive and released in a prisoner swap in early March.

This story originally appeared in the Morning Edition live blog.

Can You Eat Healthier and Heal Your Relationship with Food?

An overlooked way to ditch natural gas in your home