Support Ukraine by helping the poorest at home 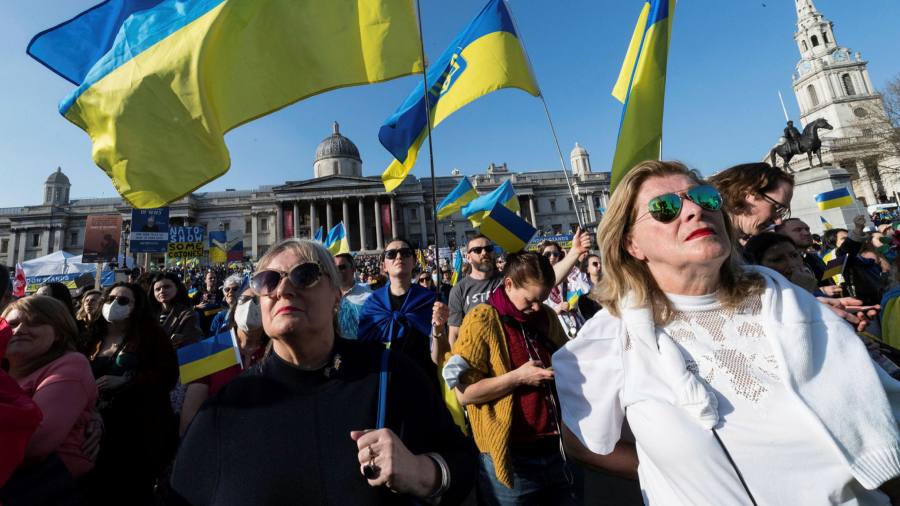 
Inflation is a monetary phenomenon, but it is also much bigger than that. Price rises in the US, UK and EU are breaking decades-old records, and burning into wage packets. High inflation is a grim policy problem at the best of times, and these are not those. In the US this week, consumer price inflation was revealed to have hit 8.5 per cent. “Core” inflation, which excludes the most volatile items, rose by less than expected, but was still up 6.6 per cent on the year. Factory gate prices are up 11.2 per cent on last year.

Part of this is a pandemic story. In the US, in particular, demand is outstripping supply as life resumes after Covid restrictions. Habits have changed, so there is greater demand for goods than before the pandemic and less for services. Meanwhile, the pandemic — particularly in China — still weighs on supply.

Partly, inflation is also a war story. Food and energy prices have both soared as a result of Russia’s invasion of Ukraine.

Market expectations are that US inflation may be near its peak: there were hints of deceleration in the price rises, and more rapid rate rises are now expected as the Fed disengages its support from the economy and moves policy into neutral. President Joe Biden is attempting to reduce fuel prices through a huge release of oil from the US strategic reserve.

Closer to the front line of the Ukraine conflict, life is more complex. Eurozone inflation stood at 7.5 per cent in March. In the UK, consumer price inflation hit 7 per cent this week as surging energy prices rippled through the economy. But central banks in Britain and the EU are more likely to find themselves pressing down on demand that is already dropping away.

The scale of the conundrum they face will depend, in particular, on the measures taken to help Ukraine — notably, on further sanctions. German economists have warned that a full energy embargo on Russia would knock German growth this year and cause recession next. In their model, inflation stays above 5 per cent throughout. We are in a time of terrible choices.

That makes it worth returning to first principles. Avoiding a defeat of Ukraine must be a critical objective, and one that the continent should be willing to pay great costs to achieve. Part of that price may come in the form of higher inflation and slower growth. And the most needy who are being hurt by the rising cost of living should be provided with rapid and effective support.

These issues are related. Further recent surges in energy costs, in particular, are a consequence of the war, and those on modest incomes should not be asked to bear them unaided. Voters may be willing to bear some pain, but politicians cannot afford to risk fuelling new gilets jaunes-type movements that want to sue for peace at all costs. The cost of living crisis is a factor in the French electorate’s taste for the far-right Marine Le Pen.

This will have ramifications for monetary policy. Shielding people from the price rises could fuel demand that might require higher rate raises than otherwise. There will be a fiscal cost, too. But finance ministries get help from inflation with tax revenues and debt levels: they will have to share it. The economic battle for Ukraine may mean looser fiscal and tighter monetary policy.

Governments must maintain popular support for supporting Ukraine by sheltering households from the worst of the economic pain. The war is being fought in the Ukraine, but politicians must tend to the home front as well.