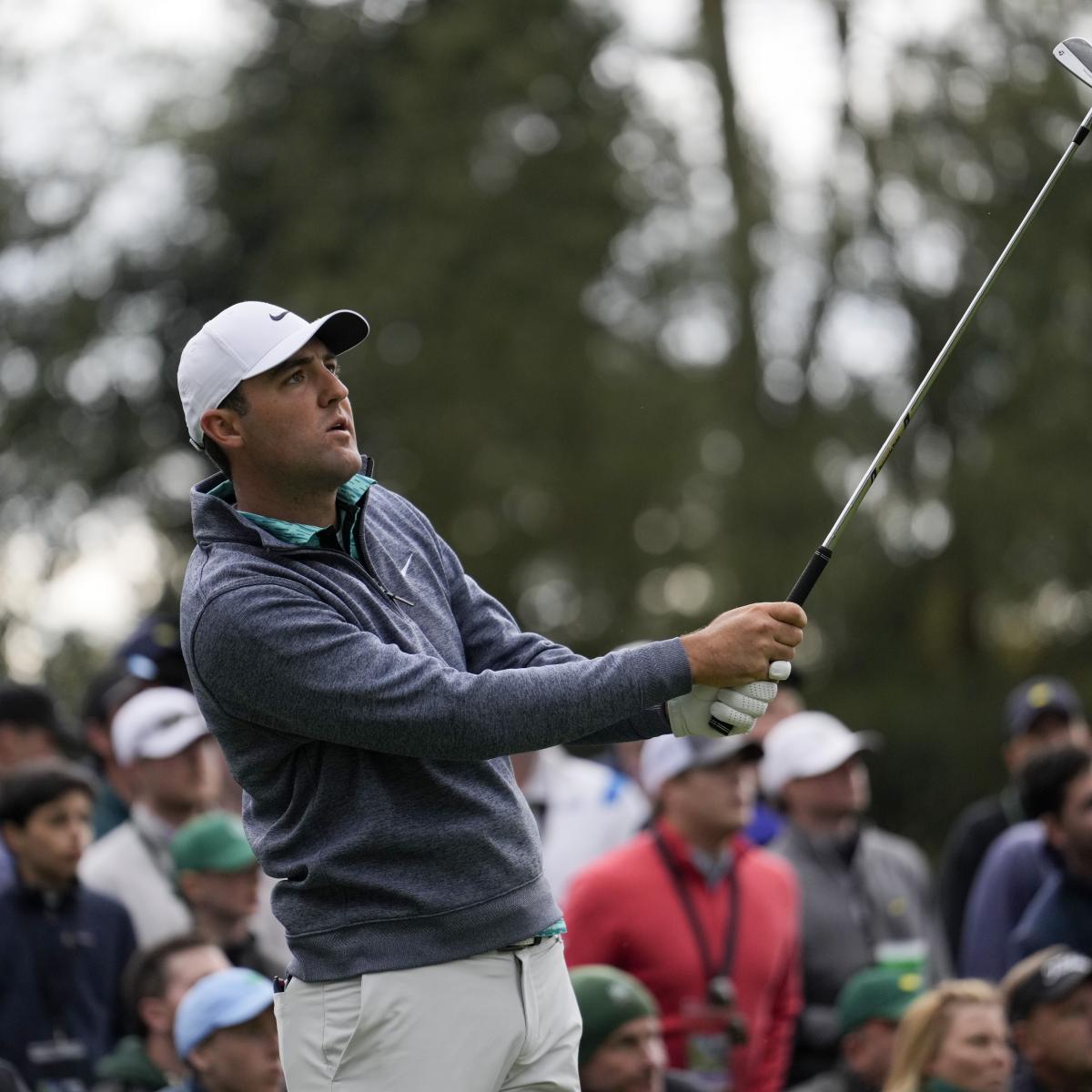 For Round 3 of the Masters, mother nature put up quite a fight, offering up strong winds and chill all day long, making things tough for all the golfers at Augusta National Golf Club on Saturday.

Despite the weather conditions, World No. 1 Scottie Scheffler dominated much like he did during Round 2 on Friday, when he became the early favorite to win the green jacket.

By the end of the day, the 25-year old maintained his position at the top of the leaderboard at nine under par, seven in front of fourth place.

It was his third straight day under par.

Scheffler will be in the final round pairing on Sunday with Cameron Smith, who finished in second place at six under par.

Smith continued his aggressive play, which culminated in 16 birdies in three days.

Not to be outdone was Sungjae Im, who started the day with double bogey and worked his way back to third place at four under par.

He’ll be paired with Shane Lowry on Sunday.

The comeback king Tiger Woods didn’t fare as well as he would have liked on the day due to putting woes, but was still a fan favorite as he made his every move.

Here’s a quick look at the top-10 Masters payout list and latest projections for the top finishers.

Scottie Scheffler really showed his masterful calm when he ran into trouble on the 18th hole, hitting his ball into the fairway side brush.

Somehow, he was able to hit an incredible shot off the pine straw to hit the green.

The 25-year old Texan turned a one-shot penalty into a three-stroke lead to end the day.

“You hate bogeying the last hole but the way I bogeyed it, it for sure felt like a par,” Scheffler told USA Today. “It definitely felt like a good finish to the day.”

After three rounds, Scheffler is at 9-under 207 and will be paired with Cameron Smith for the final round of the Masters.

“When I’m in the lead I’m trying to stay in the lead and not really overthink things,” Scheffler added. “Just go out there and play golf,”

Scheffler’s blunder on the 18th hole could be what Cameron Smith needed to close the gap at Augusta.

After playing the lowest round of the day with 4-under 68, Smith finds himself just three strokes behind Scheffler on the leaderboard.

Smith’s pairing with Scheffler will be the first final pairing with two of the top 10 players in the world at a major since the 2015 PGA Championship with Jason Day and Jordan Spieth.

Smith’s stellar third round could prove to be the momentum shift that springboards him into the lead on Sunday.

If the Australian can come back to win, he’ll be the first player to win The Players and The Masters in the same year since Tiger Woods.

“It just means I can get it done, I guess, when I’m up against the best guys in the world. It’s a good feeling to have. It’s earned. It’s not given to you,” Smith told Doug Ferguson of the Associated Press. “So I’m going to have to go out there tomorrow and play really good golf again, probably similar to today. Hopefully, everything just falls into place.”

With Scheffler firmly in the lead, Sungjae Im is the only other player within six besides Cam Smith.

The 24-year old South Korean professional golfer broke through back in 2020 when he tied Cam Smith for second place and has been quite the competitor and draw since then.

“I feel like I can play well here every time,” Im told Ian O’Connor of the New York Post. “I think [the course] fits my game. It requires tee-to-green good shots overall, and to put the shots into spots where I have a chance to attack the green is important. … Overall [2020] is a great memory that I’ll carry on with me. Just to finish runner-up here in the Masters is a feat that I really am proud of. But we’re only one day in. … I just want to keep this momentum going and try to finish well this week.”

Im has an outside chance to win the green jacket, but if he comes up short, that still puts him in rare air to either finish second or perhaps tied with Smith for second.

Vladimir Putin is taking global markets back to the noughties