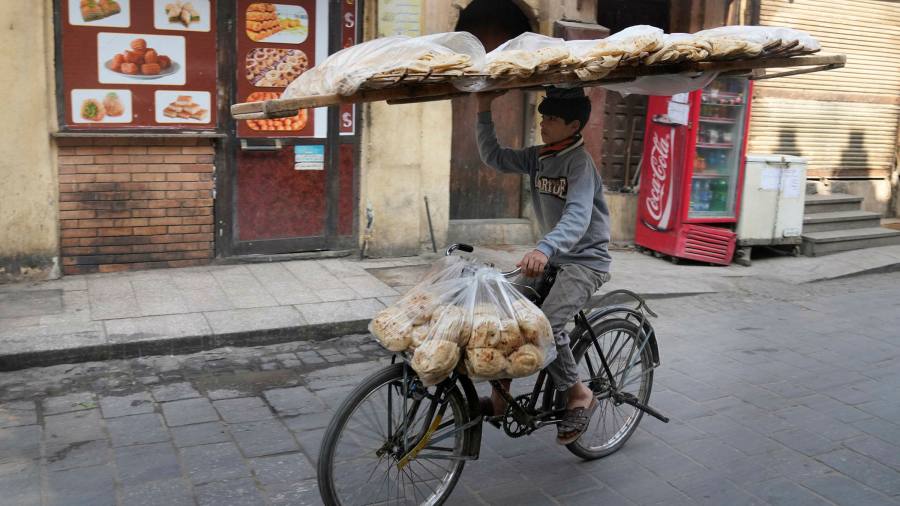 
Saudi Arabia has deposited $5bn in Egypt’s central bank in an effort to shore up the economy of the most-populous Arab state, which has come under intense pressure as a result of the Russia’s invasion of Ukraine.

The state-run Saudi Press Agency said the funds deposited were part of the kingdom’s “tireless efforts” to support Egypt. Cairo announced last week it was seeking IMF support after the war sent the prices of wheat, cooking oil and fuel soaring and cut the flow of tourists from Russia and Ukraine — both important markets for its crucial tourism sector.

Egypt is one of the IMF’s biggest borrowers after Argentina and analysts said the country, which had resorted to the fund twice in the last six years, had exceeded its quota of IMF borrowing rights and would probably be required by the lender to secure co-financing from other sources. The deposit from Saudi Arabia would help meet this condition.

In addition to the cash from Saudi Arabia, the kingdom, Qatar and the United Arab Emirates have also signalled a willingness to invest billions in Egypt’s economy.

“Gulf states are offering different kinds of support to Egypt whether in investments or the cash deposit,” said Mohamed Abu Basha, head of macroeconomic analysis at EFG-Hermes, the Cairo-based regional investment bank.

The Egyptian cabinet on Wednesday said Cairo and Riyadh had signed an agreement to encourage investments in Egypt by Saudi Arabia’s sovereign wealth fund. Mostafa Madbouly, Egypt’s prime minister, said there will be measures over the “coming period” for up to $10bn of Saudi investments from the Kingdom’s Public Investment Fund.

This came a day after an announcement that Qatar had signed an agreement to invest $5bn in Egypt during a visit by Doha’s ministers of foreign affairs and finance.

Bloomberg last week reported that UAE was discussing acquiring Egyptian government stakes worth $2bn in successful companies listed on the Egyptian stock exchange. These include 18 per cent of Commercial International Bank, Egypt’s biggest private lender, and 13 per cent of Fawry, an e-payments company.

Saudi Arabia and the Emirates stepped in to support Egypt’s economy in 2013 after Abdel Fattah al-Sisi, the current president and a former defence minister ousted Mohamed Morsi, his elected predecessor who came from the Muslim Brotherhood group. The Islamist organisation, now outlawed in Egypt and accused of terrorism, has been seen as a threat by the Gulf monarchies which welcomed Morsi’s toppling.

Cairo’s relations with Qatar have been strained for most of the past decade because of its support for the Brotherhood but the two countries mended their rift last year as part of a wider Arab reconciliation.

Spiralling commodity prices and the withdrawal of billions of dollars from the debt market forced Egypt to devalue its currency last week just ahead of its announcement that it had gone to the IMF.

Cairo is the world’s biggest wheat importer with a subsidised bread programme that serves some 70mn people — about two-thirds of the population. In recent years Egypt has been reliant on attracting “hot money” or foreign inflows into its short-term debt market by offering one of the highest real interest rates in the world.