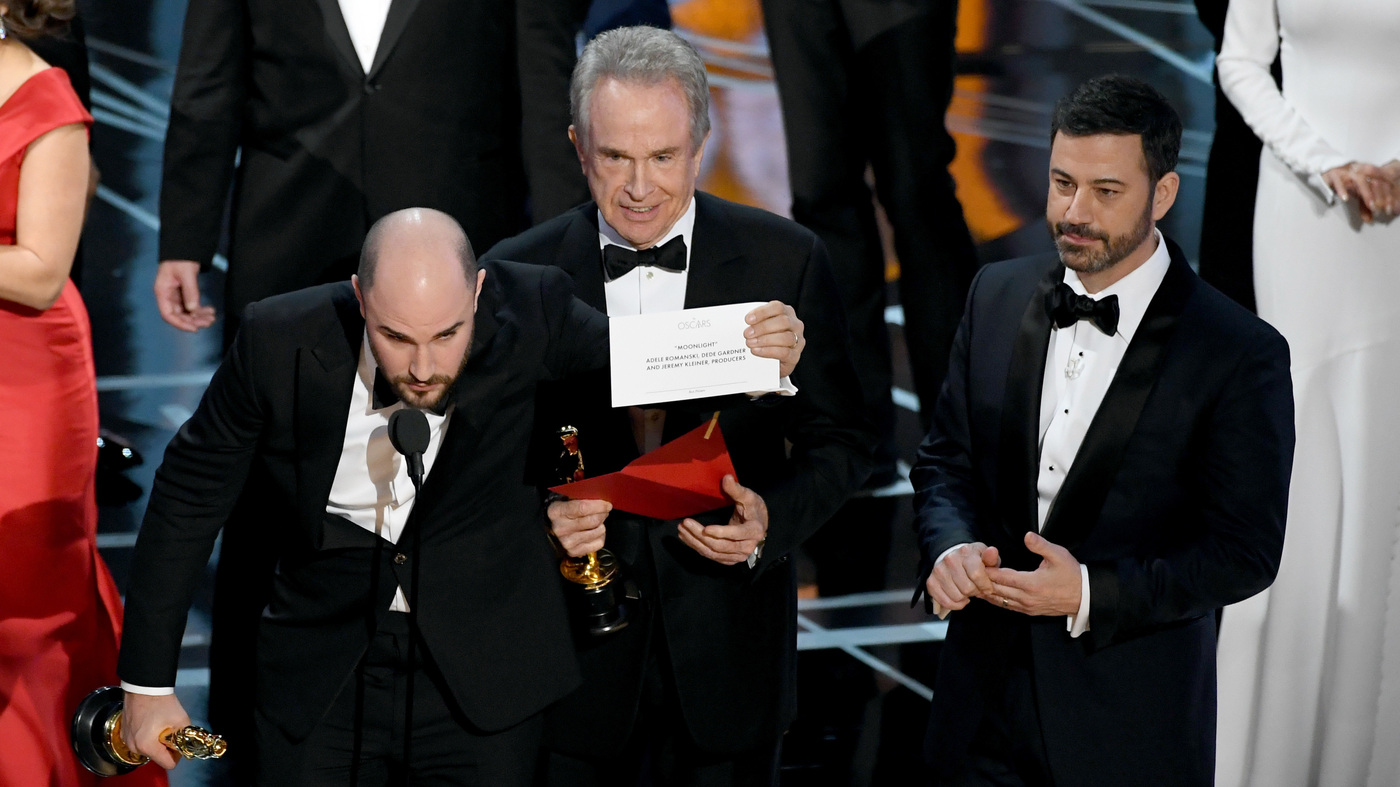 This year’s face slap of Chris Rock by Will Smith was just the latest bizarre moment in the history of the Academy Awards.

From Roberto Benigni climbing across the theater’s chairs between him and his statuette to Björk laying eggs on the red carpet, Oscar ceremonies often go off script, sometimes spectacularly so.

We look back to five cases of the best-laid plans going awry, in ways serious, slapstick and slapdash.

That the Oscars ran too short might seem improbable as we now regularly approach a three-and-a-half-hour run time, but that is exactly what happened during the 31st Academy Awards in 1959. In an ultimately overzealous effort to make sure the show ran on time, the show’s producer Jerry Wald began cutting numbers from the show, leading the ceremony to end 20 minutes short of its intended two-hour run. Host Jerry Lewis and several other celebrities were left to improvise before NBC cut to a rerun of a sports broadcast.

An Oscar he did refuse

While politically charged speeches may be par for the course nowadays, that was not the case in 1973, when Sacheen Littlefeather endured taunts and jeers as she took the stage to reject an Oscar on behalf of best actor winner Marlon Brando. Littlefeather, an Apache actress, said Brando “very regretfully cannot accept this very generous award. And the reasons for this being are the treatment of American Indians today by the film industry … and also with recent happenings at Wounded Knee. I beg at this time that I have not intruded upon this evening and that we will in the future, our hearts and our understandings will meet with love and generosity.”

To make the event even more surreal, Western star John Wayne – who spent a large portion of his career pretending to slaughter Native Americans on-screen – was backstage wanting to remove Littlefeather before she spoke, according to an interview she gave in later years.

After the ceremony, Littlefeather read to journalists the full 15-page speech Brando had prepared. The speech is credited with bringing more attention to the Wounded Knee standoff between the Oglala and the United States government.

Gay rights activist Robert Opel didn’t worry too much about what he was going to wear to the 1974 Academy Awards, opting instead to streak the stage wearing nothing more than his mustache — just before the award ceremony announced the winner for best picture. Opel, no stranger to public nudity, would later bare it all at a Los Angeles City Council meeting — interrupting a debate on outlawing nudity on public beaches — and even run for president as a nudist under the slogan “Nothing to Hide.”

After Opel’s brief performance, host David Niven offered the devastating quip, “Isn’t it fascinating to think that probably the only laugh that man will ever get in life is by stripping off and showing his shortcomings?”

Sometimes the risk doesn’t pay off

The most alarming part of this incident might be that it was planned. The 61st Academy Awards opened with an 11-minute song and dance number starring Rob Lowe and Eileen Bowman as Snow White and featured lavish costumes, plenty of sparkles, and little to no relevance to the rest of the show.

And the winner is…?

In 2012 a photograph of the still very alive film producer Jan Chapman was featured during the In Memoriam segment, and Faye Dunaway and Warren Beatty announced that La La Land had won best picture. The cast and crew of the film, which had already won 12 other awards, were ecstatic as they crowded the stage. But after thanking his family and the Academy, producer Jordan Horowitz quickly returned to the microphone and announced that there had been a mistake: Moonlight had won best picture. Amid the chaos that ensued Beatty explained that he and Dunaway had been given the card from the previous award: Emma Stone, in La La Land.

How to Help Your Skin Keep Itself Healthy

Blockchain analytics say a third of NFTs die off