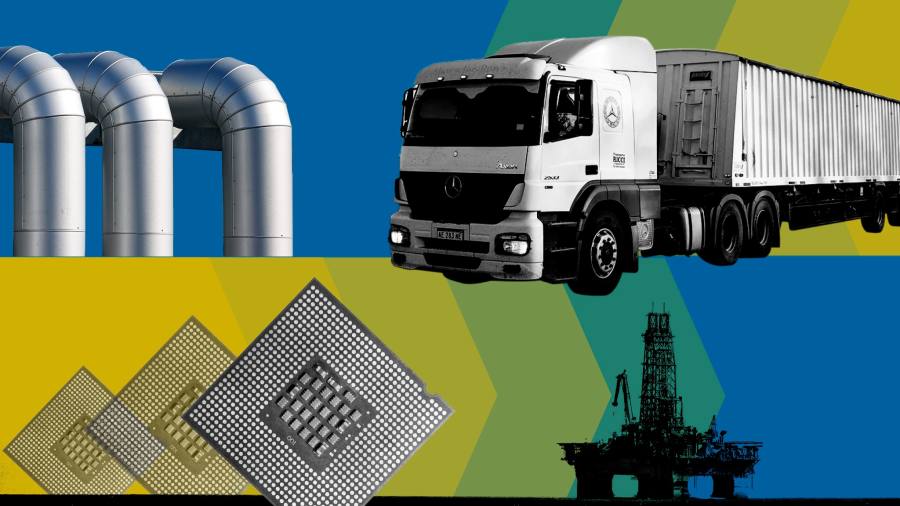 
Big investors are betting that the war in Ukraine will prompt companies to pull production closer to home in a significant reshaping of global supply chains.

For decades, broad investment themes have gelled around the idea that cheap offshore manufacturing and slick global supply chains can hold down costs for companies and foster low inflation.

But the war, with its impact on commodities supplies on top of revulsion at doing business with Russia, has accelerated a rethink.

“The Russian invasion of Ukraine has put an end to the globalisation we have experienced over the last three decades,” Larry Fink, chief executive of BlackRock, the world’s largest asset manager, wrote in his annual letter to shareholders this week. “A large-scale reorientation of supply chains will inherently be inflationary,” he added.

Fink is not alone in raising this issue in recent days. Howard Marks, co-founder of distressed debt investor Oaktree Capital Management, also warned in a Financial Times opinion article this week that the pendulum of globalisation is swinging back towards local sourcing.

Offshoring “makes countries and companies dependent on their positive relations with foreign nations and the efficiency of our transportation system”, he said.

The past three decades marked a period of rampant globalisation as companies slashed costs by moving large parts of their production offshore and using cheap labour. That has helped to keep price pressures low and helped enable central banks to hold down interest rates, boosting investment in risky assets. But this is now creaking.

“The Ukraine war is part of a pattern of supply chain disruptions getting more frequent and more severe,” said Dan Swan, co-lead of McKinsey’s operations practice, pointing to the trade war between the US and China, the blockage of the Suez Canal last year, and the coronavirus pandemic.

At the same time, the war in Ukraine has highlighted the dangers of Europe’s dependence on Russian energy exports, particularly natural gas. Prices for gas in Europe, used in everything from heavy industry to heating homes, surged to record highs in recent weeks on concerns that Russia could reduce supplies in response to western sanctions. This has ramped up pressure to accelerate investments in renewable energy.

Germany on Friday vowed to all but wean itself off Russian gas by mid-2024 and said it aimed to become “virtually independent” of Russian oil by the end of this year. The US has already blocked Russian oil imports, while the UK expects to do so by the end of 2022 — factors that have helped send crude oil prices surging well above $100 a barrel.

“We need to learn to invest again in an inflationary environment,” he said. “It’s injecting dispersion into asset prices, compressing multiples and putting pressure on corporate profits. It can only be overcome by asset managers positioning themselves to take advantage of these mega trends: energy transition, cyber security and digitalisation. It’s going to be a much trickier environment for investors.”

“While on the surface it looks like it’s very inflationary, it’s sector by sector and you have to look at it with the overall costs and the policies that go with them, which will include fiscal policies or special advantageous policies,” she said. The use of AI, for example, could push down costs.

Tikehau’s Friedberger said that, ultimately, deglobalisation represented an opportunity to build a more sustainable economic model. “This very globalised economic model where companies and governments and economists were looking for infinite short-term growth at any cost to justify high levels of debt and high levels of valuations doesn’t work,” he said.

“It has an impact on climate, on biodiversity, on social inequalities. The fact that those crises force us to try and build a more sustainable economic model is definitely not necessarily bad news for the world.”