This Spy Thriller Hitches Its Wagon To An Insufferable Performance 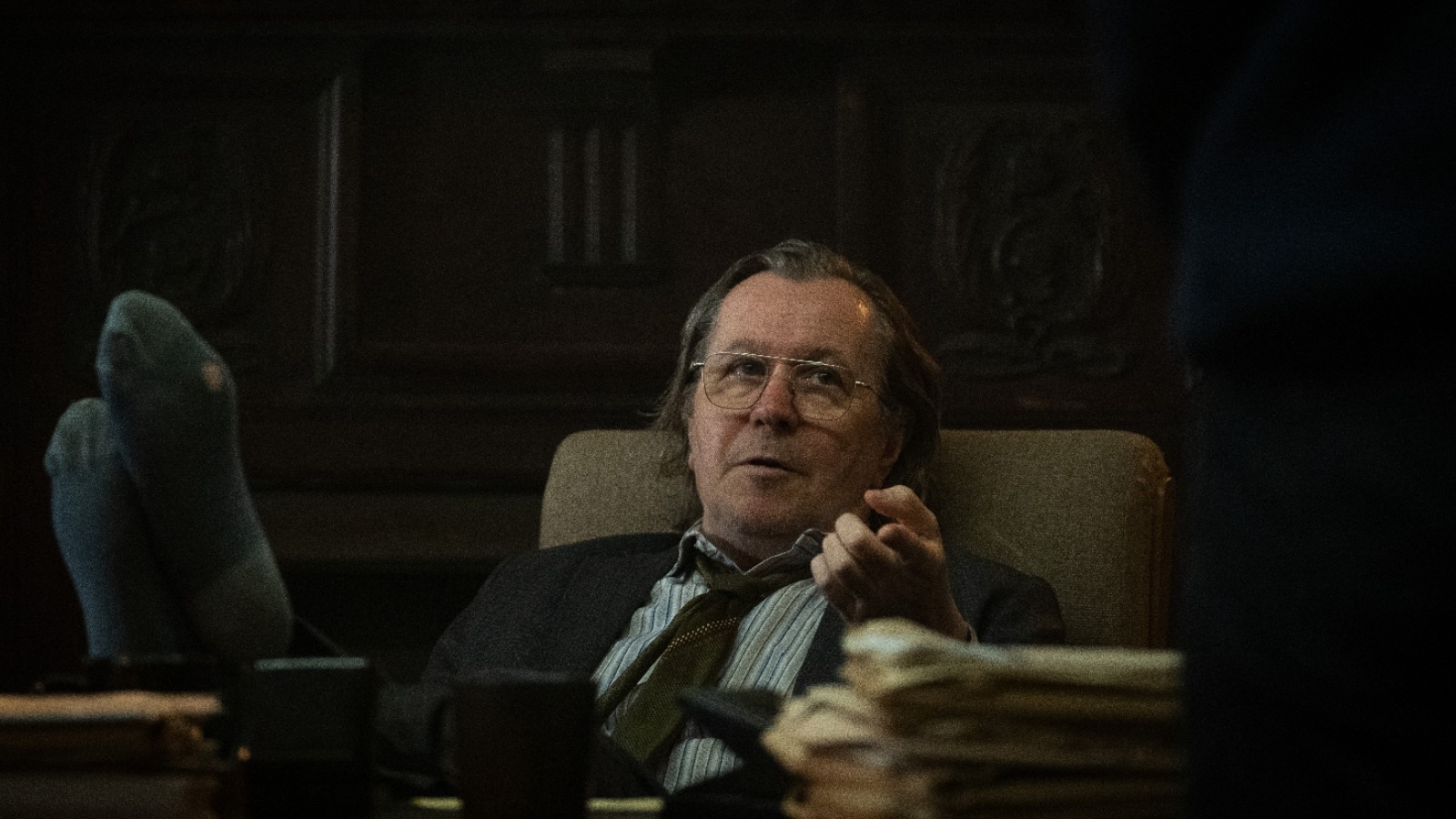 
“Slow Horses” seems to have hitched its wagon to Oldman, but that decision is a bit like if “Community” had made Chevy Chase’s character the series lead rather than a mostly ignorable supporting role. Granted, Lamb isn’t particularly bigoted, but his presence is that of an unbearable boss who responds to every crisis with uncreative, borderline verbally abusive quips rather than helpful input. Clearly, this wasn’t the series plan. Everything about it seems to hinge on our begrudging faith in Lamb as an unlikely leader for the ragtag crew. “Slow Horses” is based on the first book in a popular series by Mick Herron, and that version of Lamb is, if not exactly endearing, at least interesting.

This isn’t the only element the Apple TV+ adaptation loses in translation. Herron’s book series is widely regarded as funny, shot through with dark humor and witticisms that make its dysfunctional workplace setting feel a bit less like purgatory. On screen, there isn’t a joke as far as the eye can see. Lamb farts a couple of times and talks about his bodily functions, and that’s pretty much what passes for funny. It’s hard to say how much of the blame goes to the actor, and how much lands on “Veep” writer Will Smith’s clunky script, but either way, the effect is the same: Oldman’s supposedly funny and brilliant antihero seems neither funny nor brilliant.

As directed by “Black Mirror” and “Doctor Who” filmmaker James Hawes, “Slow Horses” at least looks good. It rises above cheap espionage thriller territory thanks to a sleek, dark look (everything seems to happen at night) that works overtime to elevate the material. For better and worse, the series also doesn’t stay put in Slough House for long. The group is thrust into action almost immediately when a suspicious kidnapping plot and a series of attacks put them in danger.

“Slow Horses” may have benefited from a longer season, with a more procedural start that would better establish the doldrums of Slough House. But by leaping into the deep end early on, the show at least ensures it’s never boring.

Why Do We Overlook Our Lung Health?