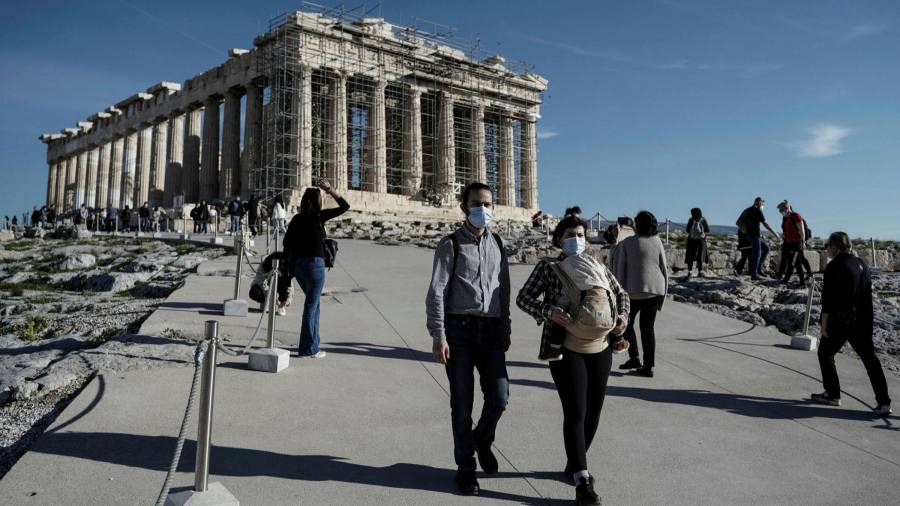 
The European Central Bank will end most of the more relaxed bank funding rules it introduced in response to the coronavirus pandemic, further reducing its economic and financial support despite fears the war in Ukraine will cause significant disruption.

The move indicates that while the war in Ukraine is expected to slow growth and increase inflation, ECB officials are confident that the eurozone’s financial system shows few signs of excessive stress, having come through the Covid-19 crisis in better shape than expected.

The ECB said that from July it would phase out over three years many of the changes it introduced in April 2020. The relaxed rules were designed to avoid the pandemic turning into a debt crisis by increasing by over €240bn the collateral banks could use to raise cheap funds from the central bank.

However, it said Greek government bonds would continue to be accepted as collateral until at least the end of 2024, despite the fact that they do not meet its minimum credit quality requirements because their rating is below investment grade.

The central bank has already announced plans to stop all net bond purchases in the third quarter of this year ahead of a potential increase in interest rates for the first time in over a decade. It also plans to stop lending to banks at the most generous rate in its history of minus 1 per cent from June.

“This gradual phasing out allows ample time for the euro system’s counterparties to adapt,” the ECB said, adding that its governing council had “taken into account in a forward-looking manner” the impact of its latest decision on banks’ ability to access its refinancing facility.

The phaseout will start in July when the ECB will increase the valuation discounts, or haircuts, it applies to the assets that banks use as collateral and it will no longer accept “fallen angel” bonds that lost their investment grade rating after the pandemic hit.

The process will end in March 2024 when the ECB will stop accepting extra forms of collateral such as loans guaranteed by governments and public sector institutions.

The ECB has already said it will stop much of its net asset purchases at the end of this month when they stop under its €1.85bn pandemic emergency scheme, which allowed it to buy Greek government bonds for the first time in almost a decade.

Investors have worried this could mean the ECB stops buying Greek bonds or accepting them as collateral. But it said this month that it would continue to buy some Greek bonds using the proceeds of maturing bonds until those reinvestments end in 2024.

The central bank also sent a clear signal that if other governments were downgraded below investment grade it could still buy their bonds, saying it “reserves the right to deviate also in the future from credit rating agencies’ ratings if warranted, in line with its discretion under the monetary policy framework, thereby avoiding mechanistic reliance on these ratings”.

Eurozone government bonds have been hit by a heavy sell-off since the start of this year, underlining investors’ concern over the ECB and other central banks’ plans to remove much of the extra stimulus they provided in response to the pandemic, including vast bond purchases.