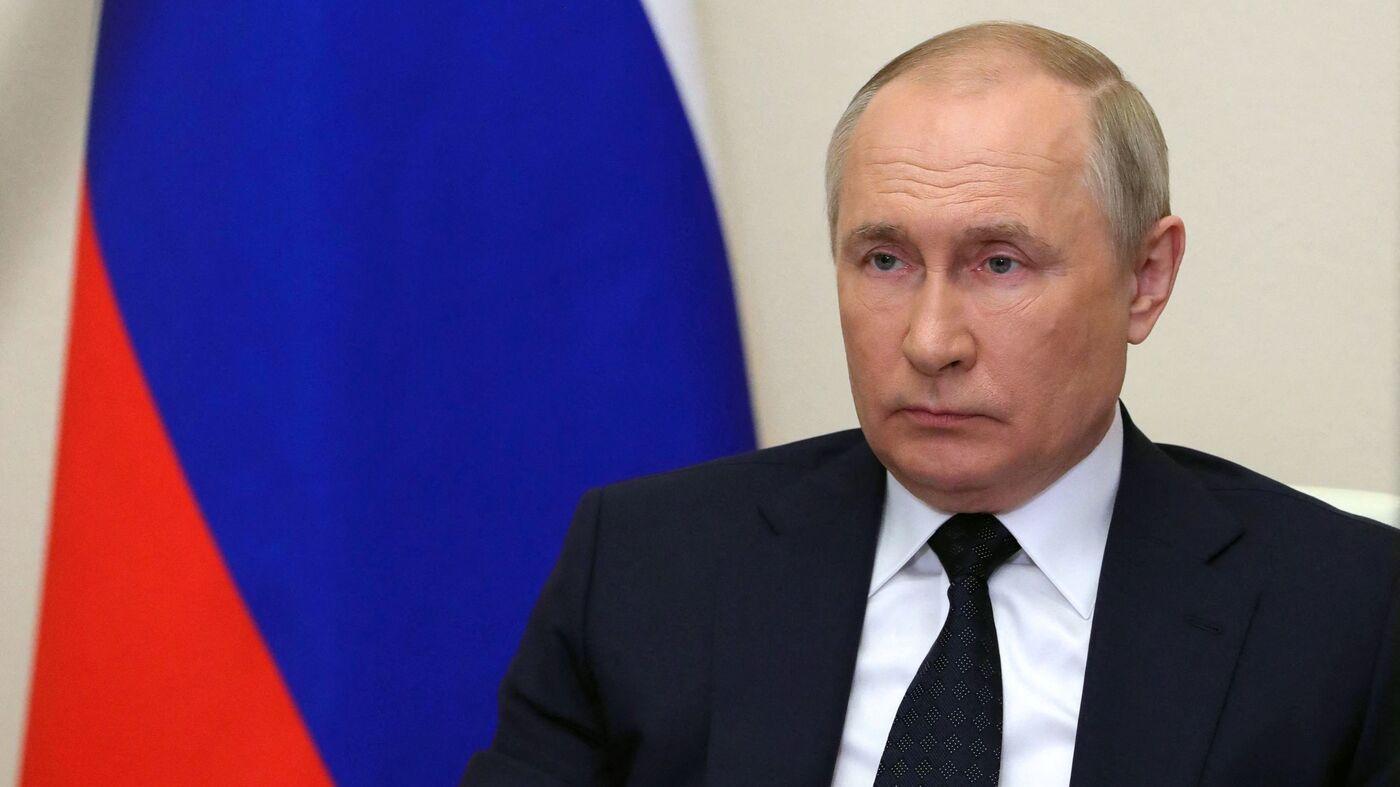 Russian President Vladimir Putin chairs a government meeting via a video link at the Novo-Ogaryovo state residence outside Moscow on Wednesday. Putin said Russia will only accept payments in rubles for gas deliveries to “unfriendly countries,” which include all EU members and the U.S.

Russian President Vladimir Putin chairs a government meeting via a video link at the Novo-Ogaryovo state residence outside Moscow on Wednesday. Putin said Russia will only accept payments in rubles for gas deliveries to “unfriendly countries,” which include all EU members and the U.S.

Russia wants “unfriendly countries” to pay for Russian natural gas in rubles. That’s a new directive from President Vladimir Putin as he attempts to leverage his country’s in-demand resources to counter a barrage of Western sanctions.

“I have decided to implement … a series of measures to switch payments — we’ll start with that — for our natural gas supplies to so-called unfriendly countries into Russian rubles,” Putin said in a televised government meeting, adding that trust in the dollar and euro had been “compromised” by the West’s seizure of Russian assets.

The new requirement appeared aimed at propping up the flagging Russian currency, the ruble, by increasing demand for it. Its value gained against the dollar and the euro following Putin’s announcement. Natural gas prices surged in Europe, where Russia has supplied about 45% of imports.

Marcel Salikhov, president of the Institute for Energy and Finance in Moscow, said the move amounted to a “symbolic counter-sanction” aimed at the West. He noted that the Kremlin had already ordered exporters to exchange 80% of their foreign-currency proceeds for rubles.

“It’s difficult, given the current economic situation, for Russian authorities to abandon sales of oil and gas to the Western countries,” Salikhov told NPR.

“You can say, ‘We do not trust euros or dollars,’ but economically it’s the same operation. Money is money.”

President Biden earlier this month banned Russian energy imports to the U.S., with a 45-day window to wind down existing contracts. European countries have announced plans to reduce dependence on Russian energy. But for now, they continue to buy from Russian oil and gas companies, the largest of which are controlled by the state.

Biden and European allies this week are expected to announce new sanctions.

So far, Russia has continued to meet its contractual obligations to Western gas and oil consumers — even as it has touted reorienting its energy export toward China. Moscow also recently added the U.S., the United Kingdom and the entire European Union to its growing list of “unfriendly countries.”

Russian leaders have also hinted at more severe consequences as members of the EU bloc have sought — thus far unsuccessfully — to impose an outright embargo on Russian imports.

In a speech before the Russian Duma on Wednesday, the Kremlin’s Energy Minister Alexander Novak warned of a potential “collapse” in energy markets — predicting prices would skyrocket as Russian exports stalled.

Fast, Hot, and Flavorful Meals from The Wok