ECB must contend with the uncertainties of war 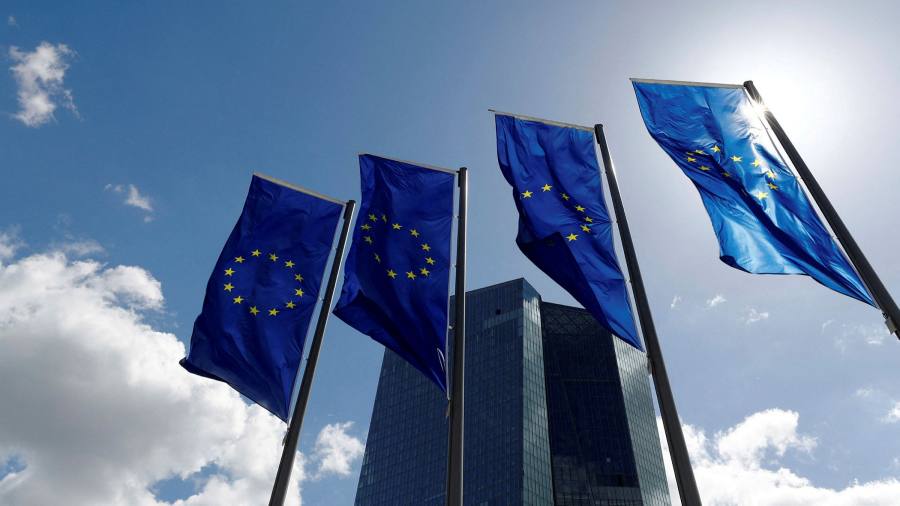 
Just two months ago many economists thought that Europe would escape the worst of the pandemic-induced inflation seen across other advanced economies. The bloc’s relative success in bringing people back to work minimised wage pressures of the kind experienced in the US, and the continent did not have to contend with the negative labour shock the UK experienced due to Brexit. In a different world, the lack of wage growth across Europe should have given the European Central Bank time to “ride out” inflation in favour of a stance more conducive to growth.

War has irrevocably changed this outlook. Europe’s economy is now in danger of entering a period of low growth and high inflation. Exceptional energy price rises, driven by conflict, prompted the ECB to raise its forecast for inflation this year from 3.2 per cent to 5.1 per cent. Troublingly, this outlook may not improve. The longer war goes on, the more commodity, food and energy prices could be affected, while any further disruptions in China will compound problems. Along with inflation comes the prospect of companies and consumers losing confidence to stoke the engine of economic growth by investing and spending.

While the possibility of lower growth will be worrying for the ECB, its chief mandate remains stabilising prices. Earlier this month it announced an expectation to halt additional bond purchases of member states’ debt in an effort to begin “normalising” monetary policy. While a move towards tightening is sensible in the face of inflation, the ECB must be flexible enough to ensure that this does not have unintended consequences.

Not all countries will be affected equally by the ECB’s decision to tighten. Ending its bond purchasing programme will lead to pressure on some of the weaker eurozone members — especially those with large stocks of debts — as the spread between the funding costs of different countries widens. The reaction of markets to the withdrawal of ECB support may also be exacerbated by the still uncertain repercussions of the war across different European economies.

But the ECB’s intention to wind down its interventions does not mean that it will be powerless to prevent widening spreads from spilling over into unintentionally high borrowing costs in some European economies.

ECB quantitative easing has been the subject of much debate in recent years. The German constitutional court claimed in 2020 that the central bank had overstepped its mandate. The European Court of Justice recognised authoritatively that the ECB’s interventions have always been in service of its core mandate: to ensure price stability. In 2015, the threat of instability — and the ECB’s failure to meet its inflation target of just below 2 per cent — led to its bond market interventions. In 2022, the need to control inflation is informing its withdrawal.

There is nothing to suggest, however, that this withdrawal needs to be absolute or irreversible. If rates do rise beyond the ECB’s intention in particular economies, then it should correct for this outcome through targeted interventions into bond markets. Action to ensure that tightening occurs at an appropriate level across the eurozone, rather than disproportionately in some economies over others, is consistent with its mandate.

The ECB will know that its efforts to tighten may require revision and adaptation. Luckily, it has for some time now shown enough dexterity to adjust to changing circumstances. As it enters a new era of “normalisation”, these traits — built up over a decade of crisis fighting — will again be crucial.