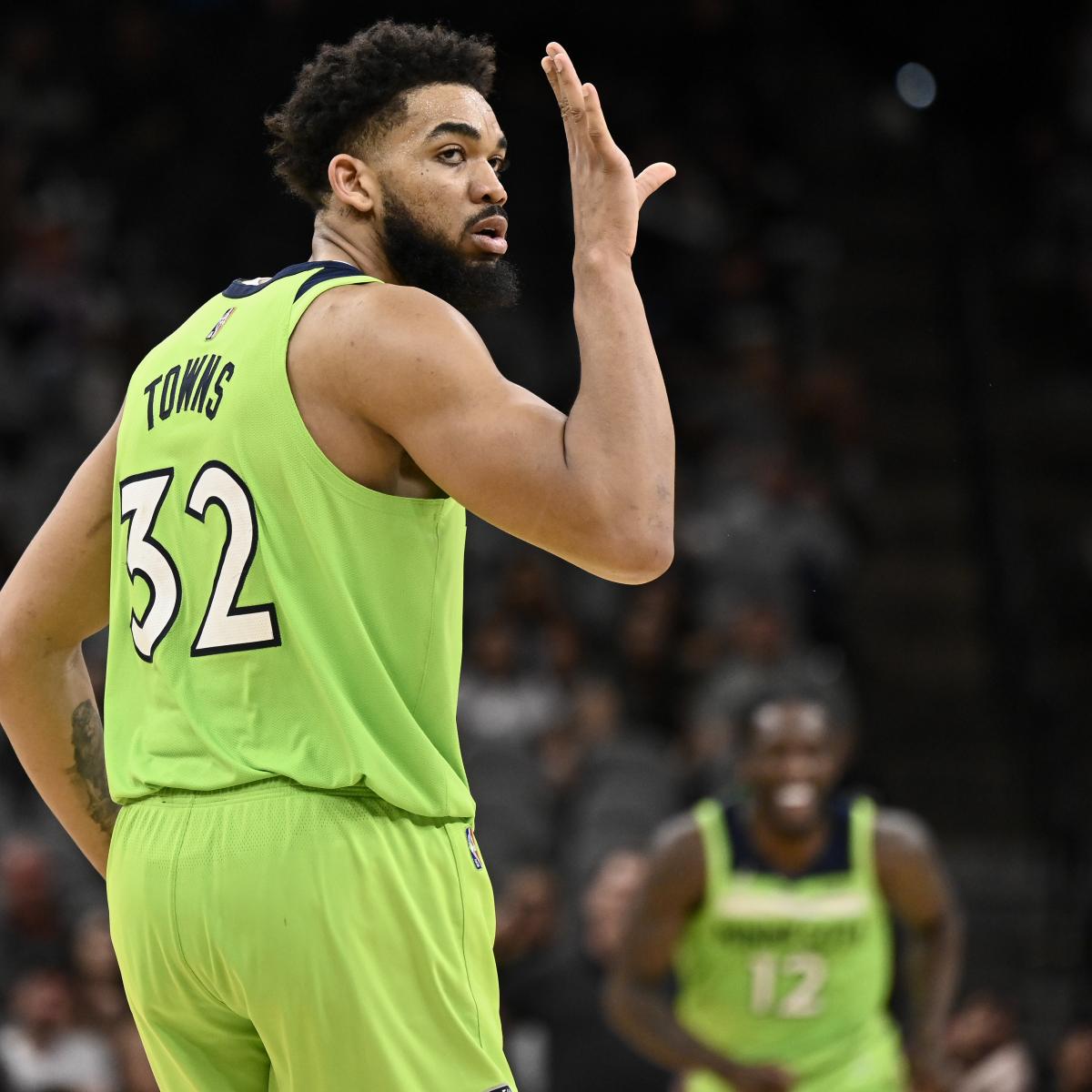 Nikola Jokic is the reigning MVP. Joel Embiid is the current betting favorite to win the award this year. Their duel topped the marquee for Monday’s NBA slate, but Minnesota Timberwolves big man Karl-Anthony Towns stole the show with a franchise record 60 points against the San Antonio Spurs.

By just about any measure, it was one of the greatest individual performances in league and T’Wolves history (more on that later), and it may serve as the exclamation point on Minnesota’s breakout. The Wolves are now 40-30, firmly in seventh place in the Western conference.

This is Towns’ seventh season in the NBA. The only time he finished above .500 was in 2017-18, Jimmy Butler’s one-year odyssey with the Wolves. He’s seen all of Zach LaVine, Andrew Wiggins and Butler bolt. He’s had four different coaches.

But his current coach and roster feels better suited to him than any other he’s had, and Monday’s 60-point explosion illustrated why.

As essentially the offensive coordinator of the 2016-17 Denver Nuggets, Chris Finch was instrumental in the rise of Jokic as the game’s premier point center. And though his presence in Minnesota, which started when he was hired as head coach in the middle of 2020-21, hasn’t suddenly turned Towns into Bill Walton, Finch’s read-and-react offense could be career-altering for Towns.

The danger of that one-on-one for other teams was on vivid display against San Antonio. What’s a big man supposed to do with this jab step and pull up from several feet beyond the top of the key that got Towns to 60?

The answer is nothing.

And when Towns has it rolling from the outside, as he often does, driving lanes for Edwards and Russell swell. And with centers clinging to KAT on the perimeter, second chances are easier to collect for Jarred Vanderbilt, who’s tied for 16th in the league in offensive rebounds percentage.

And if teams don’t sell out to Towns outside, he’ll light them up. Monday, particularly during KAT’s 32-point third quarter, was an extreme example:

His 46.5 game score (“…a rough measure of a player’s productivity for a single game, according to Basketball Reference) is also the best in Minnesota history, topping his previous high of 46.0.

And on a more subjective level, the explosion served as a new bullet point (perhaps one of the leading ones) on KAT’s “greatest big man shooter of all time” resumé.

When Towns dubbed himself that in comments to The Athletic’s Jon Krawczynski in December, it was understandably met with plenty of skepticism.

Dirk Nowitzki‘s 1,982 career threes almost doubles the 1,049 of Channing Frye, who’s second among 6’11”-plus players. Dirk is also first in the play-by-play era in mid-range shots made (by a mile) and has plenty of big buckets in the postseason to support his case.

In terms of longevity, it’s going to be tough for KAT to catch Dirk. But by the time this season is over, it’ll be hard to ignore KAT’s argument.

Peak for peak, in terms of pure shooting, Towns is doing things even Dirk never did. And thanks to a roster that surrounds Towns with grit and timely offense, the Dirk comparison can be extended a bit further.

For years, Nowitzki put up huge numbers, generally came up short in the playoffs and was regularly dismissed as soft. But all he needed was the right kind of help.

During the 2007-08 season, the Dallas Mavericks traded for Jason Kidd, then added Shawn Marion in 2009. Then, in 2010, in came Tyson Chandler to do a lot of the dirty work inside, including rim-running that would allow Dirk to keep doing damage outside.

The Talent Around Towns

This isn’t to say we should expect a Cinderella run from the 2021-22 T’Wolves, but you can see the similarities.

Towns is a generational offensive talent. He’s now in a starting lineup with three multi-positional defenders in Edwards, Vanderbilt and Patrick Beverley. D’Angelo Russell passes a bit more and plays a different role, but his offensive upside makes him a decent facsimile for Jason Terry.

When those four are on the floor with Towns, Minnesota is an absurd plus-17.0 points per 100 possessions. Among lineups with at least 500 possessions, that mark trails only the Boston Celtics’ starting five, and is well ahead of third place.

In the playoffs—or play-in tournament, where Minnesota is currently positioned—rotations will tighten up, meaning those five will likely play even more together.

And when you have a group that complements each other this well, led by someone who can shoot his way to the kind of peak we saw on Monday, a lot can go right.

Why Is Scoring Down In The NFL In 2022? | News, Scores, Highlights, Stats, and Rumors