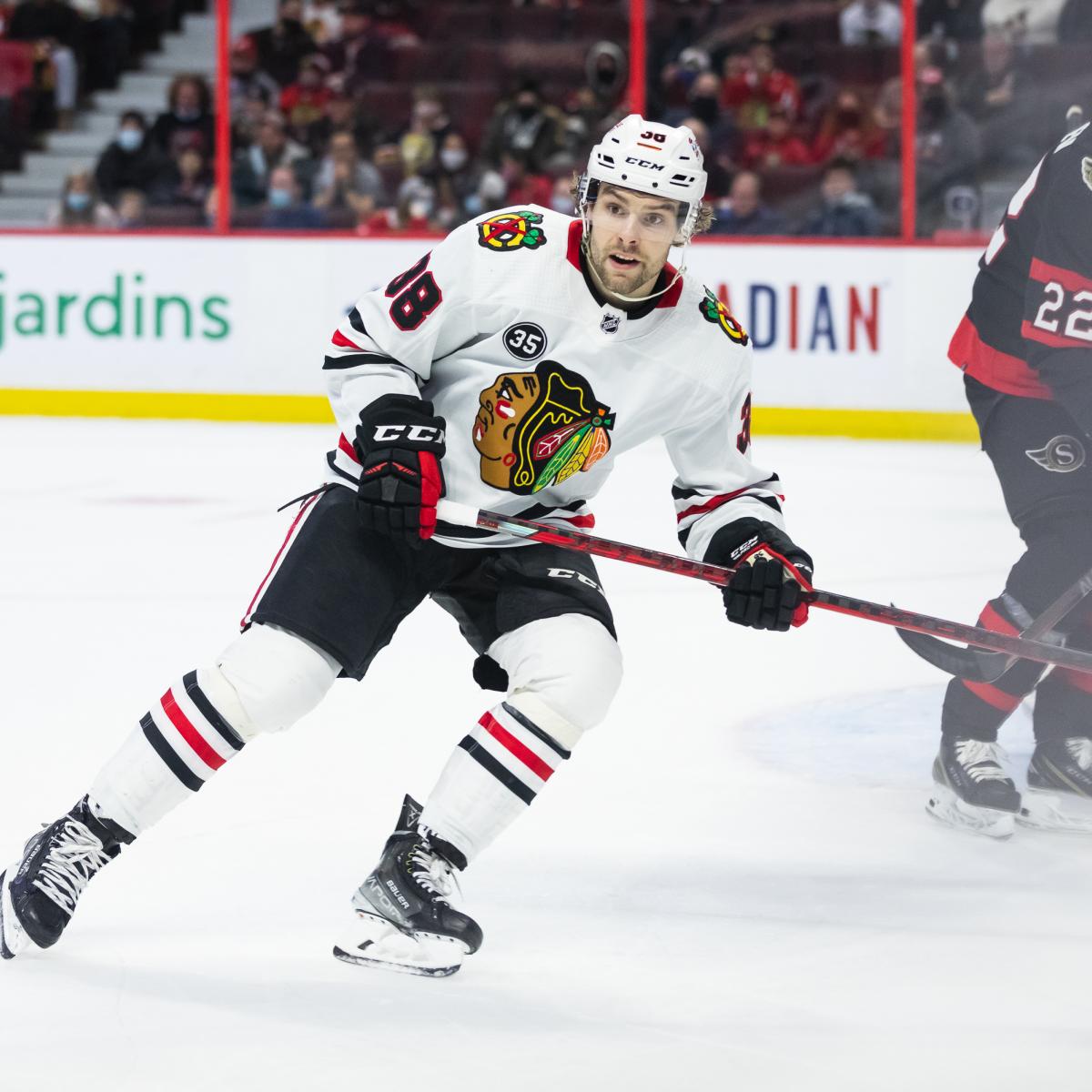 There is not a lot to love about the Chicago Blackhawks organization in the 2022 season.

They are a team performing below-par and lacking the capital necessary to adequately prepare for the future. With so many attractive pieces, but no real hope of a playoff push, it only makes sense that the organization would want to be sellers as the trade deadline approaches.

But one does not simply give talent away for nothing in return.

For every young star or top-tier goaltender, the team needs to recoup players that can help round out what has been another confusing, oftentimes dumbfounding year for the Blackhawks and more importantly, help them into the future.

These are a couple that could benefit Chi-Town in its return to championship form and one scenario to avoid.

Rarely does a truly great goalie become available at the trade deadline. So much so that it is difficult to imagine exactly what the Blackhawks could get in return for Marc-Andre Fleury.

One team mentioned by Elliotte Friedman on his 32 Thoughts podcast was the Toronto Maple Leafs.

With questions about where Fleury would accept a trade, and whether it is a fit for his family, there is no telling if Fleury would opt to head up north. If he did, though, the Blackhawks could set their sights on top prospect Nick Robertson as compensation.

Chicago needs to build for the future and bringing one of the truly elite prospects in hockey on board is one way to do it.

Robertson is recovering from an ugly leg injury suffered last October but is still considered one of the best young players still waiting to stick on the Leafs roster. Right now, he plays for Toronto’s AHL team, the Marlies. His sample size is small, having played in just eight games in developmental, but he does have an NHL postseason goal scored in the 2020 playoffs against Columbus.

An abundance of potential makes him an attractive target for the Blackhawks but one player would hardly be enough for a goaltender of Fleury’s skill and experience. He is a Stanley Cup-winning goalie in Pittsburgh and helped lead the Las Vegas Golden Knights to the dance during his time with the young franchise.

A package that includes Matthew Knies and/or Nick Ambruzesse would help soften what Chicago fans would likely consider a blow to the team. Especially with no depth at goalie beyond Kevin Lankinen behind Fleury.

When he is in the right situation, with the right supporting cast, 25-year-old Dylan Strome has proven a red-hot player for Chicago. Positioning him in a line with Patrick Kane and Alex DeBrincat has benefited both him and the team as Strome has become a scoring machine when in a role that benefits his talents.

If not, he disappears.

As good as he has been for the Blackhawks of late, including scoring his second hat trick of the season last week, it is abundantly clear he is trade bait for the Blackhawks. Kane even eluded to it as he propped up his teammate following said three-score outburst.

“He has been great. It’s good to have him here. Hopefully, it stays that way,” he told Ben Pope of the Chicago Sun-Times after the Ducks game, acknowledging the trade buzz.

One such landing spot for Strome would be the Rangers, where his brother, Ryan, has helped fuel the team’s Stanley Cup aspirations. That the team is a genuine candidate for a title but has a deep prospect pool makes them an attractive trade partner.

The Blackhawks need help at the wing and sending Strome to play with his sibling in return for a young blue-chipper like Kapo Kakko would make sense. Both players could use changes in scenery, especially Kakko, who has been underwhelming to this point but could benefit exponentially from time spent in the AHL.

Strome alone is unlikely to fetch a top prospect for Chicago, meaning it would have to send some draft capital the Rangers’ way. That may not be appealing for a club that is going to be looking to acquire as much young, unproven talent as possible as it undergoes a rebuild.

Still, leveraging Strome and a third or fourth-round pick for a consensus top prospect like Kakko or Alexis LeFreniere, feels like the right move as either of those young players would conceivably be better than whoever the team would reel in with those picks.

At just 23-years-old, Brandon Hagel is a player the Blackhawks really should be working to retain rather than dangling as trade bait, especially considering its lack of depth at winger.

A cheap contract makes him super appealing and while it makes sense to hold onto a hard worker with great production (36 points in 54 games played), there are trade packages that may make it necessary to let him go.

Frank Seravalli of Daily Faceoff reported the Blackhawks want at least a first-round pick and a top prospect in exchange for Hagel, and rightfully so.

The team must avoid accepting anything that does not meet their demands.

Seravalli reported the Calgary Flames, Florida Panthers and the previously mentioned Maple Leafs have all had conversations with the team regarding potentially acquiring Hagel. The Flames and Leafs have apparently moved on.

The Panthers are in the midst of their best season and have the young prospects available to them, but lack a 2022 first-rounder. Any draft compensation would have to wait until 2023. It would be up to the Blackhawks to decide if they wanted to wait another year for that pick or find another partner to deal with.

Left-winger Grigori Denisenko would be an obvious addition to a team that would need to replace Hagel.

Regardless of who the team would potentially acquire for Hagel, it must avoid doing so without that first-round draft pick attached. Otherwise, the only opportunity Chicago has at a first round-pick following the trade for Seth Jones last July is a miracle lottery win for the top overall pick.

How companies are managing employees who want to be influencers