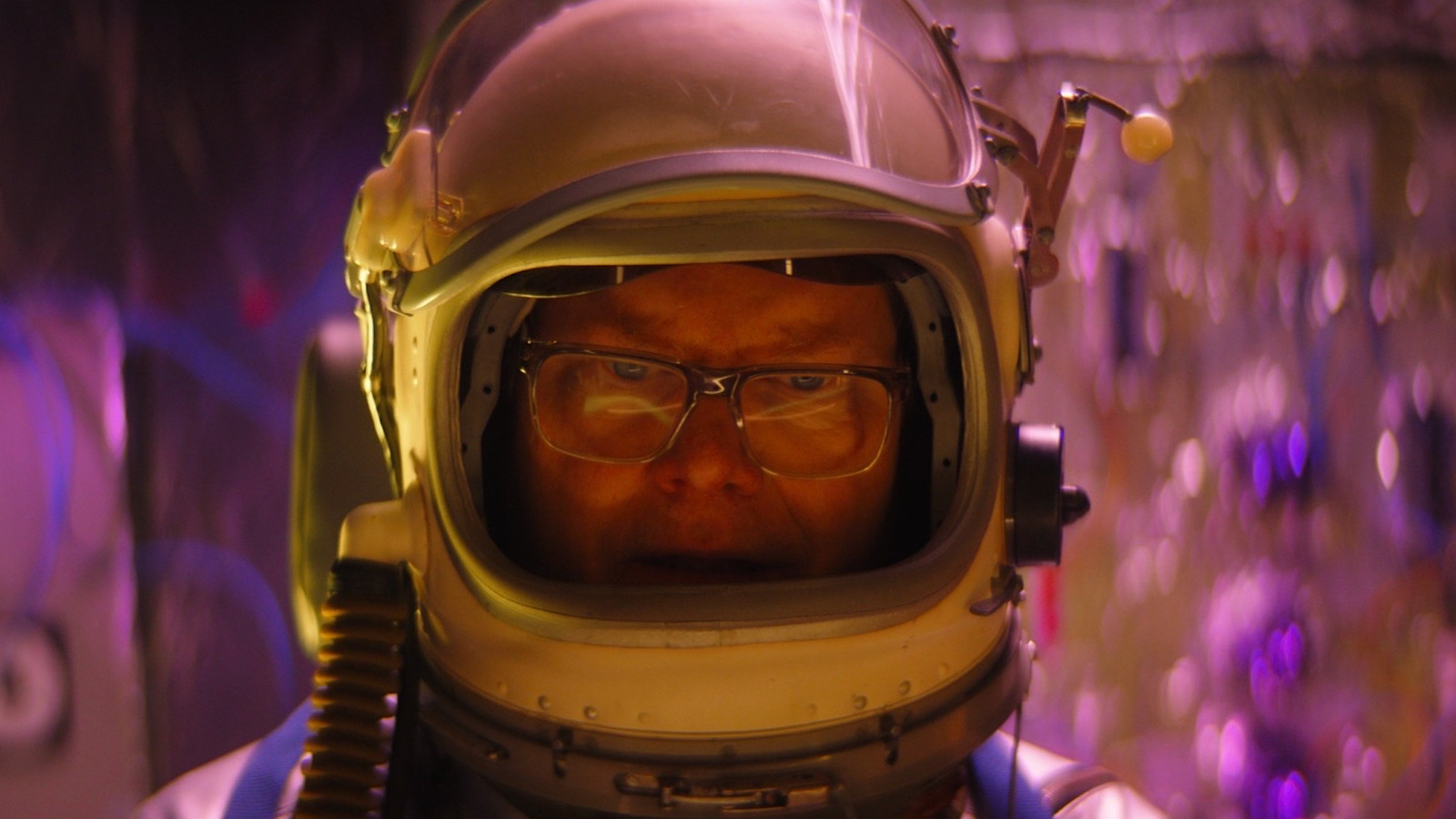 
Alongside Cameron’s story, we also spend a significant amount of time with Nora, who has coincidentally struck up a friendship with Marc (Gabriel Rush of “Scary Stories to Tell in the Dark”), the new kid in town who just so happens to be the son astronaut Kent Armstrong. And wouldn’t you know it, they’ve just moved in across the street from Cameron’s taped-off house. Nora and Marc don’t have a budding romance, but it’s not because they don’t chemistry. They’re becoming fast friends, but Nora is bisexual, and he’s just not her type. Even so, the two have a delightful friendship, but it feels detached and almost extraneous, seemingly without much of a real impact on the rest of the story. This is just one of the several puzzling threads throughout “Linoleum” that initially make the film feels like it’s lacking focus. But that’s exactly the point.

“Linoleum” is one of those films where the ending is pivotal in piecing together what seems like baffling missteps in the film’s story. There’s something deeper going on here, and the result is a stunning and moving ending that paints everything you’ve seen in the preceding hour and a half in an entirely new light. It’s almost like M. Night Shyamalan took a break from dreary, titillating thrillers to craft a quirky indie dramedy with a heart-wrenching twist. Those paying close attention in the first few minutes of the movie might find a hint of what’s to come, but even having an inkling at the film’s climax won’t make it any less affecting.

Jim Gaffigan has easily delivered a career-best performance in “Linoleum.” His messy hair and large-lensed glasses give him a charming mad scientist vibe, which makes his portrayal of the stiff Kent Armstrong feel that much stranger. Gaffigan isn’t quite so convincing as Armstrong, but his performance in the role serves a larger purpose beyond a convincing character. Meanwhile, Katelyn Nacon has quite a spark in a breakthrough performance that feels like it’s just the beginning of a fruitful career.

The biggest breakthrough, however, comes from writer/director Colin West, who shows great promise as a filmmaker bringing a fresh new perspective to seemingly familiar indie territory. At times, the film calls to mind the mesmerizing, oddball nature of Paul Thomas Anderson, such as when a classic red Corvette suddenly comes smashing down in the middle of a quiet, sun-drenched suburb as Cameron sends off an application to NASA. There’s also a touch of “Eternal Sunshine of the Spotless Mind” director Michel Gondry, both in the makeshift creation of Cameron’s “Above and Beyond” TV show, and in the film’s dreamy conclusion. All of this is enhanced by a synth-infused, cosmic score by Mark Hadley, giving the story a surreal-like quality.

But where West truly succeeds is in crafting a story that frames the familiar dysfunction of a small-town Ohio family in a new light. “Linoleum” is much more than meets the eye, and as the film wades into its final 15 minutes or so, you’ll find yourself overwhelmed by an emotional revelation that not only clears up any lingering fog from the story’s puzzling evolution but really pulls at the heartstrings with a wonderfully woven tapestry of life and love.

Are You Laid-Back or Polished? (A Hair, Skin, and Makeup Guide)