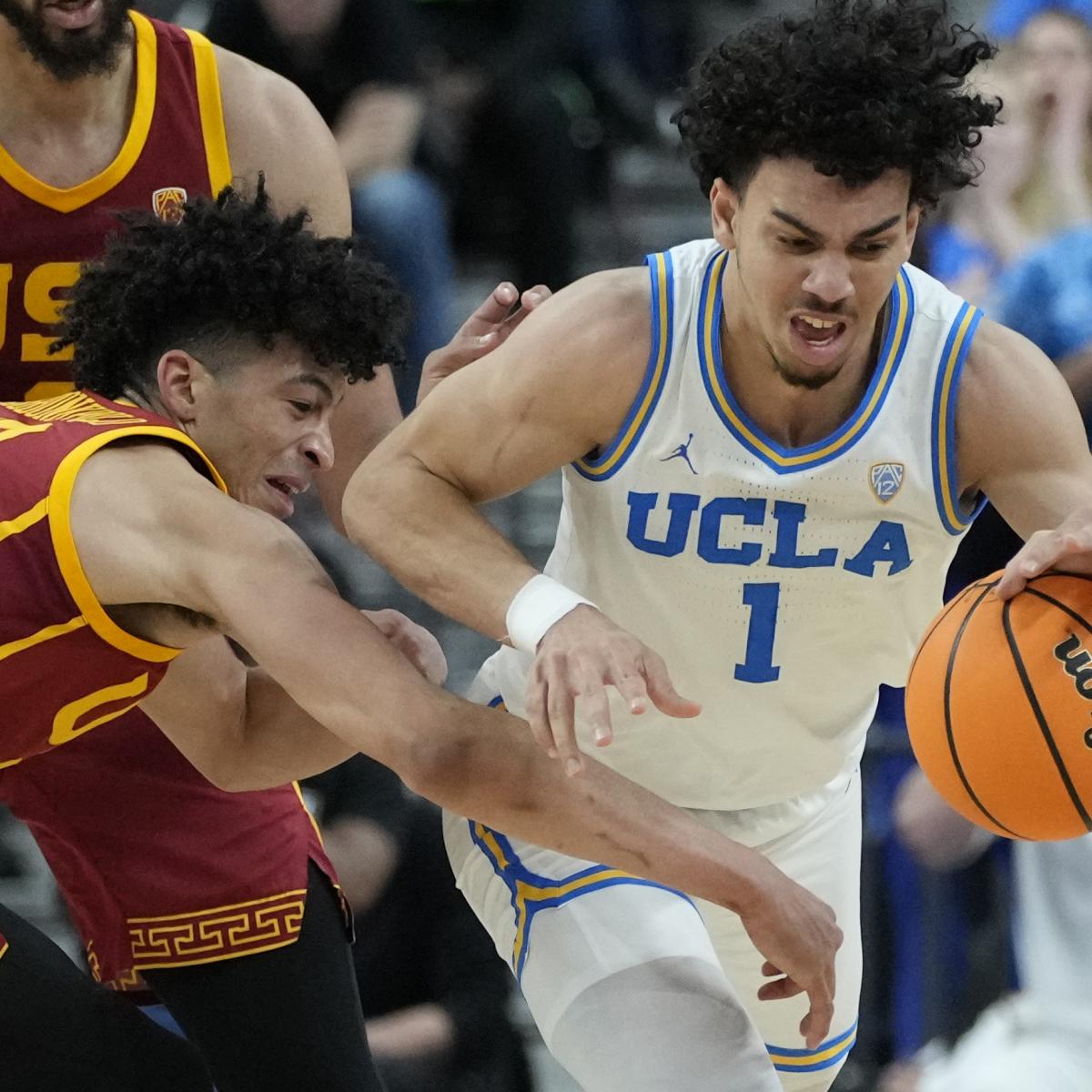 It may be March, but there were no upsets in the Pac-12 tournament semifinals on Friday night. as the top two seeds won in convincing fashion.

The Arizona Wildcats, No. 2 in the country and the top seed in the tournament, defeated a resilient Colorado 82-72 in the first semifinal.

Then, it was bitter rivals UCLA and USC in the nightcap. The Bruins, No. 13 in the country and the tournament’s second seed, beat the Trojans for the second time in less than a week by a score of 69-59.

The Wildcats are looking to win the Pac-12 tournament championship for the first time since 2018, while the Bruins are hoping to win their first tournament title since 2014 as well as improve their standing ahead of Selection Sunday.

Colorado and Arizona came into this matchup having split their regular-season meetings, with the home team winning each time by a comfortable margin. It makes sense then that on neutral ground in Las Vegas, the two teams found themselves in a slugfest.

The Buffaloes, likely feeling confident after their 79-63 win over the Wildcats on Feb. 26, again went right after the favorites. They traded buckets with Wildcats and found themselves tied at 24 with after 11 minutes of action.

Jabari Walker led the way on Colorado’s three-point barrage, going 5-of-5 from beyond the arc in the first half. The team’s leading scorer also made his presence felt on the defensive end.

The Wildcats weren’t nearly as prolific from three-point range, but they didn’t half to be thanks to the standout showing from Azuolas Tubelis. The Lithuanian forward had 18 points in the first half and helped his team put together a nine-point lead at halftime with his hustle play.

Tubelis putting the exclamation point on the first half❗️

Tubelis’ efforts helped Arizona overcome the absence of point guard Kerr Kriisa, who sprained his ankle in the win over Stanford in the quarterfinals.

The action wasn’t always pretty, as the two teams combined for 19 turnovers in the first 20 minutes of action. The disjointed play would be a theme of the second half as well.

Colorado was the better squad just after the break. A series of three-pointers, two of them from Evan Battey, helped cut the deficit to 51-50 with 16:16 remaining. The game then devolved into a free-throw contest for the next several minutes. Both teams shot well from the charity stripe, and Arizona was able to maintain its slim advantage.

Walker and Tubelis couldn’t maintain their electric first-half performances. Both players scored just two points each in the second half, though Tubelis still made a solid impact on the boards.

The Wildcats slowly but surely started to pull away in the final 10 minutes. They drew foul after foul and made the most of the them, with the team finishing 24-of-25 from the free-throw line. Without Walker’s scoring, Colorado struggled on offense and faded away.

Arizona took out its daggers with under three minutes to go. Dalen Terry hit a three-pointer with 2:56 remaining, then Tubelis notched his only made shot of the second half with 2:16 left to put the Wildcats up 76-65. Colorado couldn’t make up the deficit, and Arizona cruised to a 10-point win.

CATS WIN ‼️ ON TO THE FINALS TOMORROW NIGHT

Bruins’ Consistent Offense too much for Hot-and-Cold Trojans

UCLA was steady throughout much of this contest, while USC looked like two completely different teams before and after the intermission.

The first half saw USC knock down 5-of-12 three-pointers, but struggle to do much of anything else. They gave up points at the free-throw line, and couldn’t get anything going around the basket. Despite the solid clip from downtown, the Trojans shot 31 percent overall in the first half. Boogie Ellis was the only player in any kind of form, scoring nine points before haltime.

It wasn’t so much poor shooting as swarming defense that made life difficult for USC. The Bruins swarmed their opponents in the paint, refusing to give up easy looks and forcing them to look outside from offense.

Their own attack was well balanced, with the team shooting roughly 50 percent from the floor. Tyger Campbell and Jaime Jaquez Jr. each had 11 points in the first half, while Jules Bernard had eight of his own, most of it from the free-throw line. With Johnny Juzang struggling, Campbell’s contributions were welcome.

Jaquez’s performance was a continuation of his recent hot streak. The junior forward came into Friday’s contest averaging 26.7 points over his last three games.

Despite the clunky showing, the Trojans stayed within striking distance. They managed to cut the halftime deficit to 36-28 thanks to a buzzer-beater from Drew Peterson.

Leave it to @Drewpeterson23 to end the half with a buzzer beater. ✌️

Peterson’s jumper was the start of a shooting turnaround, as the Trojans were able to create some better looks in the early part of the second half.

#USC is shooting 71.4% from the floor in the second half, a near 40% improvement from the first.

Ellis, who finished with a game-high 27 points, maintained the hot hand for the Trojans. His big night helped make up for the rough outing from Trojans star Isaiah Mobley (14.4 PPG), who missed all four of his shots from three-point range and finished with just nine points.

On the other end, Juzang rediscovered his shooting stroke, sinking some key midrange shots and making a nice, slicing drive to help the Bruins maintain a healthy advantage with four minutes left.

Even with the improved shooting and the big game from Ellis, the Trojans never could get the stops they needed. A bruising drive from Jaquez put UCLA up 12 with a little more than two minutes to go, and the higher-seeded team was able to hold on for the double-digit win.

Cost-of-living calculator/map shows if you are middle class