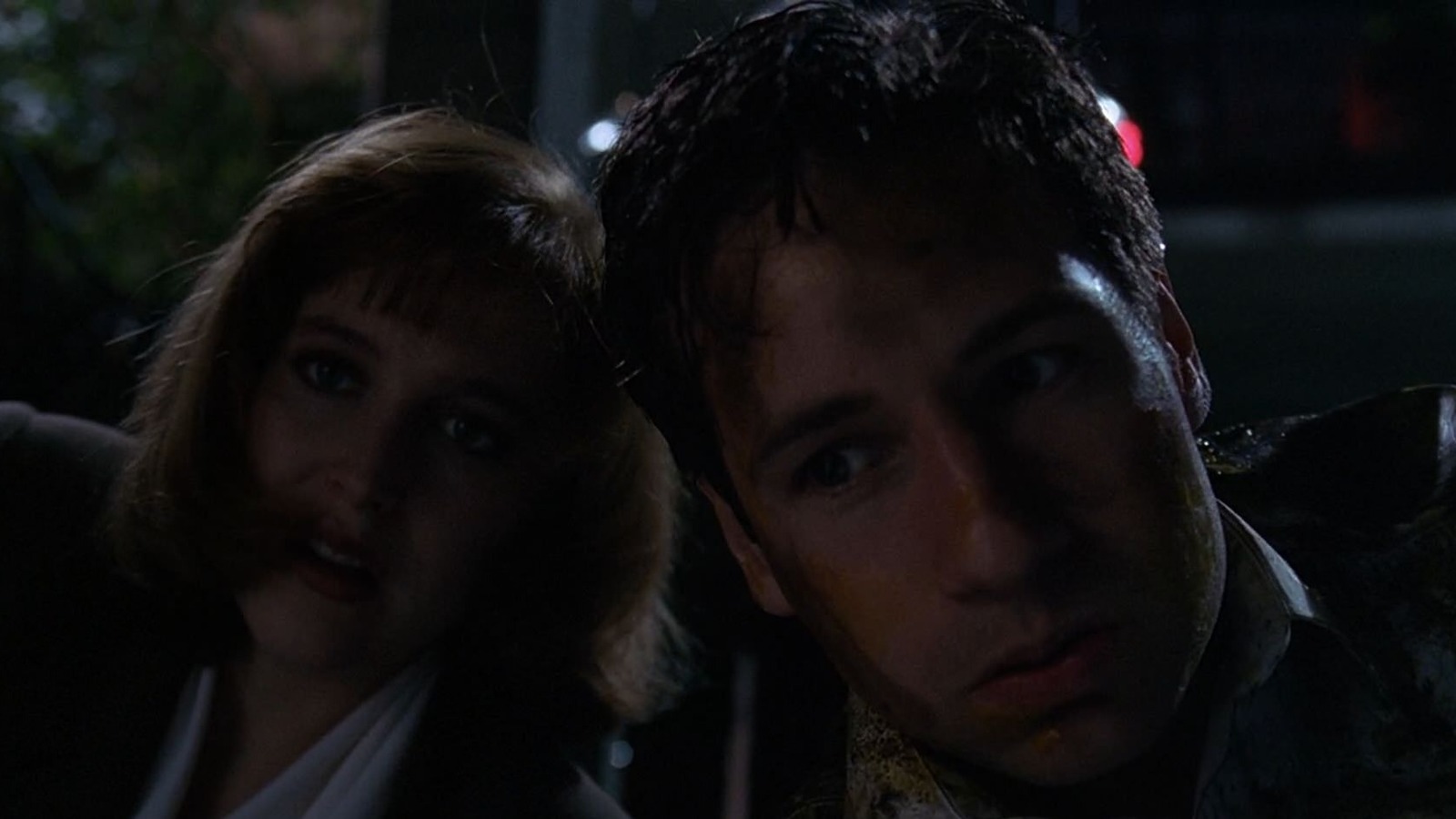 
Tooms originally appeared in the show’s third episode and was one of the few characters to get a follow-up chapter. The character’s ability to hide and hunt via small spaces and his need to consume a human organ is what makes him undeniably freaky. The actor behind the monster, Doug Hutchison, decided to up the creep factor even more and perform one scene completely naked.

Along with all of his other abnormal habits, Tooms hibernates in a cocoon of stomach bile and reemerges every 30 years to feed on human livers. Mulder and Scully find Tooms’ lair and Mulder goes in after him, which ends with a naked Tooms chasing him through a small underground tunnel. The sequence is intense and creepy, but the story behind the scene might just outdo it.

Chris Carter, the show’s creator, revealed the story behind the scene, saying:

“[Hutchison] wanted to shoot the whole thing naked, was naked on the set, and it caused a little bit of discomfort, which was good. I think it actually added to the scene. I think David was very nervous about being in a little, tiny, confined space with a naked man, to be honest. I think it made the scare, the creep all [the] more real.”

It shouldn’t surprise anyone that the man who thought all this eeriness up smiled at the memory of poor David Duchovny skittering away from a naked man covered in stomach bile. But, he’s probably right — Duchovny’s reaction during the scene was probably enhanced by all the naked awkwardness. I’m sure the “discomfort” on set that day made some people, including Duchovny, question their career choices, but it would result in one of the best episodes of the series and set the bar for what “X-Files” monsters should be.

How a Dietitian Boosts a Sluggish Metabolism