What The I Am Legend Monsters Originally Looked Like 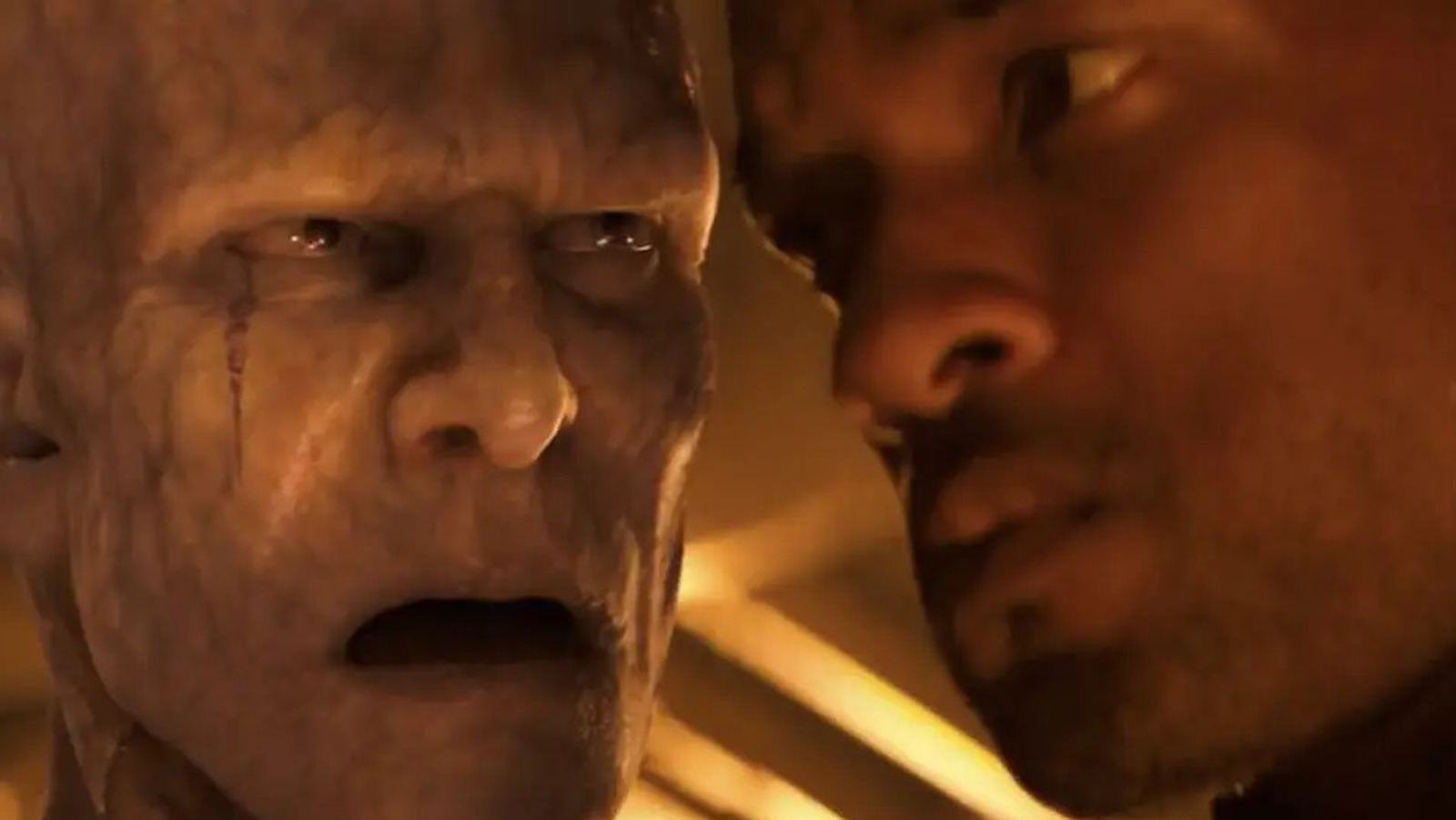 
Yes, there was a proposed version of “I Am Legend” floating around in 1997, with “The Last Duel” director Ridley Scott attached and a post-“Eraser” Arnold Schwarzenegger set to star. Darkseekers were called “hemocytes” in Mark Protosevich’s script and brought to life by a formidable team of fx artists including frequent Scott collaborator Alec Gillis, who did creature fx work for several films in the “Alien” franchise and would go on to work on “Alien Resurrection” when the “I Am Legend” project fell through. The hemocytes’ look in 1997, Gillis writes, was influenced by Ridley Scott’s appreciation of 17th-century wax effigies.

Ridley Scott’s version of I AM LEGEND was to have starred Arnold Schwarzenegger and featured ‘hemocytes’ realized as makeup characters. I think we did our design exploratory in about 1997 ( is that right @h2originals ?) Ridley was influenced by wax figures from the 17th century. We did a test on a single female subject to show her in a few stages of emaciation. The appliance pieces were sculpted by @ryankennethpeterson and Steve Koch and applied by @Tom_woodruffjr , myself and Barry Koper. Shortly after we shot the test at ADI Warner’s decided not to make the movie. The budget was coming in 10 mil higher than desired. It all got shelved until the Francis Lawrence/ Will Smith version years later. We did get an interview on that version but there was next to no interest in makeup fx. Contribbing sculptors were @schellsculpturestudio and Jeff Boccaccio. Tech work helmed by @h2originals. Paint by Mike Larrabee.

These emaciated hemocytes are impressively textured, with desiccated skin, facial bone prosthetics, and diseased veins that the computers of the time just couldn’t emulate seamlessly. In fact, it could be argued that these makeups have aged better than the film’s creatures. It’s a shame, as computer-generated imagery was otherwise deployed beautifully to create the eerie illusion of a human-less New York City in broad daylight.

As Trust Is Repriced, Bitcoin Is Solution

Trends That Translate: Miniskirts, Y2K, and the Color Yellow