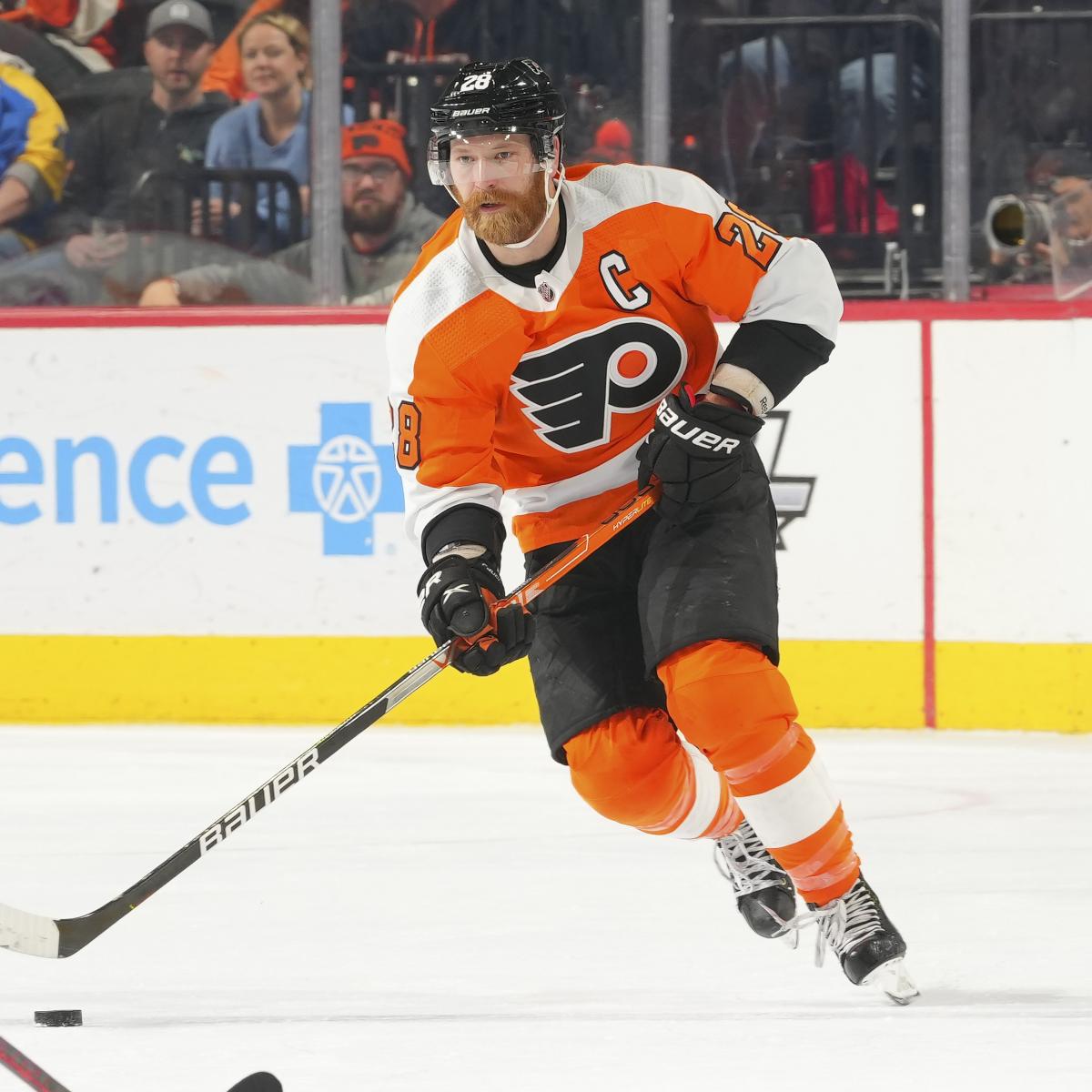 The 2021-22 NHL standings indicate the eight playoff spots in the Eastern Conference have been pretty much sewn up barring a late swoon by the Washington Capitals or Boston Bruins, who hold the two wild-card berths. However, the race for first place in the conference remains closely contested between the Carolina Hurricanes, Florida Panthers, Tampa Bay Lightning and Pittsburgh Penguins.

In the Western Conference, just six points separate the No. 4 Minnesota Wild (67 points) from the 11th-place Anaheim Ducks (61 points). For the eight clubs battling for those five playoff berths, a losing skid could prove fatal to their postseason hopes.

With the March 21 trade deadline only two weeks away, some of these clubs could go shopping for depth to improve their position in the standings. Some will attempt to secure a top-four spot and home-ice advantage for the opening round while others will try to nail down a wild-card berth.

The Calgary Flames made the first significant move of this calendar year by acquiring two-way winger Tyler Toffoli from the Montreal Canadiens on Feb. 14. That move provided the Flames with invaluable secondary scoring depth that’s helped them remain on top of the Pacific Division. That will provide motivation for other playoff contenders as the trade deadline approaches.

Toffoli might be off the market, but several noteworthy players, such as Chicago Blackhawks goaltender Marc-Andre Fleury and Philadelphia Flyers forward Claude Giroux, could be invaluable additions to any playoff club.

Here are five trade ideas that could blow up the 2022 NHL playoff race. You can weigh in with your thoughts or suggest some trades of your own in the comments section.

Goaltending has been an issue for the Edmonton Oilers this season. Lower-body and thumb injuries sidelined aging starter Mike Smith for most of this season, backup Mikko Koskinen has struggled with consistency and third-stringer Stuart Skinner has limited NHL experience. An experienced starter in his playing prime, such as the New York Islanders’ Semyon Varlamov, could provide the stability the Oilers need to secure a playoff spot.

After sitting in first place in the Western Conference on Dec. 1, the Oilers tumbled down the standings and were in danger of falling out of the playoff race. Adding winger Evander Kane and replacing Dave Tippett as head coach with Jay Woodcroft halted the skid, but a postseason berth is no certainty.

The 33-year-old Varlamov missed the start of the season because of injury and lost the starter’s job with the Isles to Ilya Sorokin. While he has just three wins in 15 starts this season with the struggling Islanders, he has a 2.76 goals-against average and a .912 save percentage. Those stats are better than the Oilers’ current tandem of Smith and Koskinen.

Varlamov is signed through next season with a $5 million annual cap hit and a 16-team no-trade list. Perhaps he would accept a trade to Edmonton if he’s no longer part of the Islanders’ plans.

A package of Koskinen ($4.5 million) plus a draft pick or prospect might work if he would agree to an affordable one-year contract with the Isles as Sorokin’s backup. That move would help the Islanders free up some cap room for next season, though the cap-strapped Oilers could ask them to retain a portion of Varlamov’s salary.

An unrestricted free agent in July, Koskinen has had his struggles as an NHL starter. However, he might thrive as Sorokin’s understudy under the tutelage of the Isles’ respected goalie coach, Mitch Korn. Varlamov, meanwhile, would have an opportunity for starter’s minutes on a playoff contender.

The Dallas Stars (65 points) and Los Angeles Kings (69 points) are among several teams trying to secure playoff positions in the Western Conference. It could be a tight race in the coming weeks to nail down that spot.

Stars general manager Jim Nill could become a seller by the March 21 trade deadline if his club falters and slides down the standings. Under that scenario, he could put John Klingberg on the trade block. The 29-year-old puck-moving defenseman has become a fixture in the rumor mill following his complaint last month over the lack of progress in contract extension talks with Nill.

Perhaps Kings GM Rob Blake would make an attempt at acquiring Klingberg. His club could use another experienced top-four defenseman to take some of the burdens off blue-line stalwart Drew Doughty. His offensive skills could provide a welcome boost to a Kings’ power-play percentage (16.7) that sits 26th overall.

With $7.9 million in projected trade-deadline cap space, Blake has sufficient room to take on the remainder of Klingberg’s $4.5 million cap hit. He also has $57.9 million invested in 12 active roster players for 2022-23, which is enough room to perhaps sign the blueliner to a long-term extension worth around $7.5 million annually.

The Kings GM is also in a good position to make a competitive offer to the Stars. He’s carrying plenty of promising prospects such as Alex Turcotte and Helge Grans and young players such as Gabriel Vilardi to tempt the Stars.

With 70 points, the St. Louis Blues sit second in the Central Division, but they could use some breathing space between themselves and the rest of the pack in the Western Conference. General manager Doug Armstrong could be in the market for a player to provide a boost to his lineup.

Armstrong could seek an experienced left-side defenseman. On Feb. 15, TSN’s Pierre LeBrun included the Blues among several clubs believed to have an interest in Montreal Canadiens defenseman Ben Chiarot. If he wants to make a bigger splash, perhaps he’ll consider acquiring Mark Giordano from the Seattle Kraken.

Giordano, 38, is slated to become an unrestricted free agent this summer. Despite his age, he’s still put up a solid 23 points with the low-scoring Kraken. St. Louis could be on his list of 19 preferred trade destinations. His two-way skills and experience as captain of the Kraken (and the Calgary Flames before that) could make him a welcome playoff rental for the Blues’ defense corps.

The Blues are bumping against the $81.5 million salary cap. They’ll have to convince the Kraken to retain half of Giordano’s remaining $6.75 million cap hit and shed sufficient cap room in the process.

One way could be shipping blueliner Marco Scandella ($3.275 million annually through 2023-24) in a package deal to the Kraken if they’re not on his seven-team no-trade list. They’d have to include a first-round pick or a quality prospect to make the deal more palatable to the Kraken as they attempt to build up their prospect pipeline.

The Washington Capitals hold the second wild-card berth in the Eastern Conference with 69 points despite concerns about the recent play of goaltenders Ilya Samsonov and Vitek Vanecek. On Feb. 24, NHL.com’s Dan Rosen suggested they might be interested in Chicago Blackhawks’ Marc-Andre Fleury if they doubt their current tandem can carry them on a deep playoff run.

Fleury could address that issue for the Capitals. However, Daily Faceoff’s Frank Seravalli reported the Capitals made a “full-court press” to acquired the 37-year-old netminder, but he said it doesn’t appear it’s going to happen.

Perhaps the Capitals were on Fleury’s 10-team no-trade list. If they weren’t, the cost of taking on the remainder and his $7 million cap hit might have been too difficult for the Capitals to pull off with their limited salary-cap space. Maybe the Blackhawks’ asking price was too steep.

But what if the Capitals circle back before the trade deadline and strike a deal with Fleury’s blessing? His addition would provide the stability and veteran playoff experience they’re currently lacking in their crease.

With Fleury guarding their net, the Capitals could rise higher up the Metropolitan Division standings and perhaps even secure home-ice advantage for the opening round. He could also improve their chances for a deep playoff run. In return, the Capitals could offer Vanecek to Chicago if they still consider Samsonov a future starter who could benefit from Fleury’s presence and example.

With 79 points, the Florida Panthers are jockeying with the Carolina Hurricanes, Tampa Bay Lightning, and Pittsburgh Penguins for first place in the Eastern Conference. Making a big move, such as acquiring Claude Giroux from the Philadelphia Flyers, could put the Panthers over the top.

Giroux, 34, is slated to become an unrestricted free agent this summer. With the Flyers out of playoff contention, he could waive his no-movement clause for a chance to play with a Stanley Cup contender. While trade rumors link him to the Colorado Avalanche, Sportsnet’s Elliotte Friedman suggested on Feb. 15 that he could also be a fit with the Panthers.

Panthers general manager Bill Zito is believed to be focusing on building up his blue line. Perhaps he’ll shift toward adding more two-way skill to his forward line if he can’t find a suitable defenseman.

A versatile forward who can play all three forward positions, Giroux is strong in the face-off circle and still possesses solid offensive skills, sitting second among Flyers scorers with 40 points. He can slot in anywhere among the Panther’s top-nine forwards, providing considerable experience and leadership.

With $3.85 million in trade-deadline cap space, the Panthers could convince the Flyers to retain half of the remainder of Giroux’s $8.275 million cap hit. They lack a first-round pick to offer up but could dangle promising young forward Owen Tippett and a prospect such as Michael Benning or Mackie Samoskevich in return.

Grassroots-made air filters have been saving lives during COVID-19