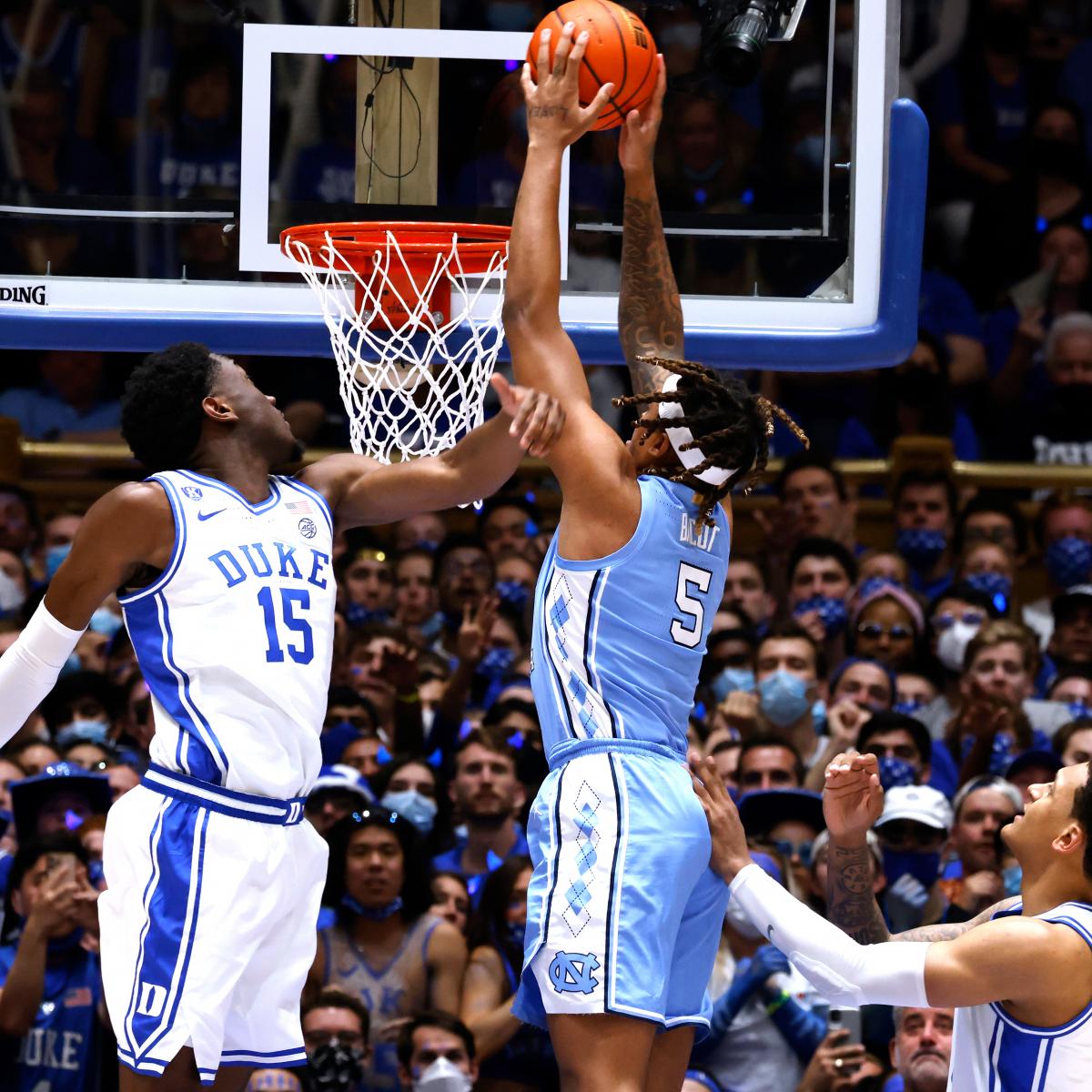 The ACC has not lived up to its typical high standard in men’s basketball this season.

However, the final regular-season game the conference produced added extra intrigue to the 2022 ACC tournament.

Duke has been the top team in the ACC all season long, but it will come into Brooklyn, New York off a rare loss in conference play.

Duke and North Carolina could meet for a third time in the championship round, but both programs have to navigate a bracket full of hungry teams to set that up.

The Miami Hurricanes, Notre Dame Fighting Irish and Wake Forest Demon Deacons are likely headed to the NCAA men’s basketball tournament, but they can’t afford any bad losses. Deep runs to the semifinal or championship round would be massive boosts to their respective resumes.

There is always the chance that a surprise winner emerges, like the Georgia Tech Yellow Jackets in 2021, but the top of the conference should be strong enough to withstand any challenges from long shot automatic bid stealers.

Duke entered Saturday as the clear-cut favorite to win the ACC tournament.

The Blue Devils have been the most consistent team in a very inconsistent league that is well down from its typical standard.

Duke showed some vulnerabilities in its double-digit home loss to North Carolina in which it conceded 91 points.

Mike Krzyzewski’s team can either use that loss as motivation to win the ACC tournament, or be affected by it more and fall before the championship game.

Duke has five days to prepare for its opener in Brooklyn and that could be the right amount of time for the team to re-focus and take on a new challenge.

The Blue Devils will not be complacent after the defeat and they have the talent to beat anyone in the ACC by a good margin.

Paolo Banchero, A.J. Griffin and Wendell Moore Jr. have the potential to take over any game and they proved in nonconference play that they answer the challenge in pressure-packed situations. Duke beat the Kentucky Wildcats and Gonzaga Bulldogs before ACC action began.

Duke also gained extra motivation from Saturday’s loss because it hurt its case to be a No. 1 seed in the NCAA tournament.

The Blue Devils could reverse that with an ACC tournament victory and a little bit of help from other power-conference tournaments.

North Carolina saved its best regular-season performance for its finale.

The Tar Heels were teetering on the NCAA tournament bubble for a few weeks, but they solidified their status with Saturday’s win over Duke.

UNC should not have to play with the fear of missing out on the Big Dance anymore, and that may allow it to play looser than other NCAA tournament hopefuls in Brooklyn.

Hubert Davis’ squad has the potential to beat anyone in the ACC if it plays the way it did on Saturday. The Tar Heels shot 48.5 percent from the field and had four players score at least 20 points.

The Tar Heels could overpower the Virginia Cavaliers and Notre Dame Fighting Irish on the offensive end if chalk holds in the bracket.

North Carolina put up 74 points on Virginia in a January 8 victory and posted 73 points versus Notre Dame in a loss one game prior.

Notre Dame conceded over 70 points in its last two losses and it may play tighter in a potential semifinal because it may have its NCAA tournament life on the line.

North Carolina no longer has to view that matchup as a potential NCAA tournament elimination game and the confidence gained from winning inside Cameron Indoor Stadium could propel it into the final.

If Carolina plays like it did on Saturday, it could set up a third meeting with Duke in the ACC tournament final, which would likely be the most anticipated game of Championship Week.

Canada, US and UK move to strip Russian representative of IMF board title