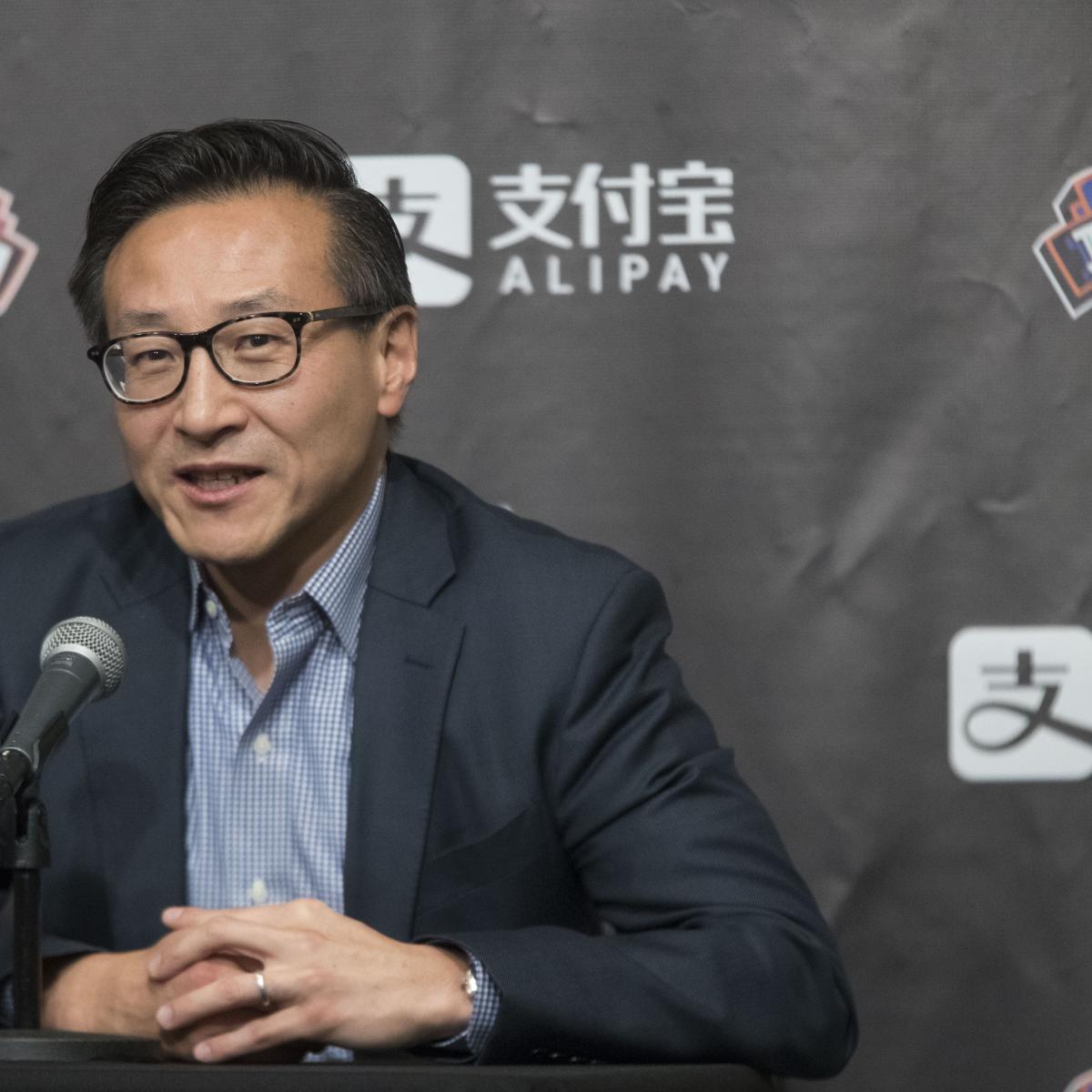 New York Liberty governor Joe Tsai stirred up controversy by chartering flights for his team. He represents a new wave of owners looking for new ways to invest in the WNBA.Mary Altaffer/Associated Press

Last month, WNBA superstar Liz Cambage tweeted out an uncomfortable truth, which turned out to only be the surface of the story: that to fly comfortably to a game, the 6’8” center has to pay for upgrades out of pocket from a salary that’s four times less than what new Las Vegas Aces head coach Becky Hammon makes.

Before Cambage signed officially with the L.A. Sparks, Aces governor Mark Davis responded to her tweet in a press conference.

“I agree 100 percent with what she said—the players do deserve more money,” he said. “They don’t need to be flying on commercial flights. … We should have charter flights.”

On Tuesday, the discussion around WNBA players and charter flights reached a turning point with Howard Megdal’s Sports Illustrated report that New York Liberty governors Joe Tsai and Clara Wu Tsai broke the rules of the collective bargaining agreement by paying for charter flights for their team during the second half of the WNBA season. They also funded a trip to Napa Valley after the Liberty’s game against the Storm in Seattle on Sept. 2.

To hold the Tsais accountable for their transgressions, which were centered around providing more resources for their team, the WNBA’s counsel threatened to take away draft picks and even terminate the New York Liberty franchise. After negotiation with Commissioner Cathy Engelbert, the Tsais paid the league a fine of $500,000.

The story is symbolic of a core issue the WNBA currently faces. As the league approaches its 26th season, the W is far removed from having to fight for its survival, but rather must grapple with how fast and how far the league should expand.

The league’s board of governors currently is divided on what level of investment is necessary to grow the league, with three factions vying for three different versions of growth.

There’s one group of governors willing to go above and beyond in investment in the league and their team, another that can’t afford to invest as much but care about the W and its growth, and another group that needs a capital raise but simply won’t invest. As Megdal put it, these are governors who believe the value of their W team is “zero” and their expenditure is a “contribution toward the greater good of women’s sports.”

Both the Tsais and Davis are two examples of a newer model of WNBA governors, who have enough capital to invest in their teams right now and have made proposals such as loaning the league money themselves to raise capital, rather than selling equity shares.

Davis has spoken at length about player earnings and charter flights, and has put his money where his mouth is where he can. Paying new head coach Hammon $1 million per season is one of the few ways a WNBA governor can work around the CBA.

This new, aggressive investment mindset is shared by the Atlanta Dream’s Larry Gottesdiener and the Minnesota Lynx’s Marc Lore. On Tuesday, Gottesdiener tweeted that he believes the “charity narrative” for women’s sports is “misogynist and frankly wrong.”

When the Dream’s new general manager, Dan Padover, addressed the media last month to discuss his team’s moves in free agency, he was asked about the investment the organization has in player development. His response was that the organization had given him and head coach Tanisha Wright the green light to hire a full-time player development specialist helping players who don’t go overseas work on their games year-round.

Lore has previously expressed confusion as to why WNBA players make such low wages and understands that coverage of the league itself needs funding as well. This past September, as his team was making a playoff push, he tweeted that he’d fund free subscriptions for Lynx fans to independent women’s basketball outlet The Next. He even tweeted the email address of his assistant so she could help fans make sure they got their free subscription.

The next tier of governors are those who haven’t been as vocal on the internet or publicly as the four mentioned above. But governors like Ginny Gilder of the Seattle Storm and Herb Simon of the Indiana Fever represent two of the six WNBA teams investing in the league’s $75 million capital raise that was announced on February 3.

Both Gilder and Simon have been involved in providing their franchises with new or updated arenas. The Storm will get to play in Climate Pledge Arena this season, and the Fever will play in an improved and renamed Gainbridge Fieldhouse for a full season by 2023.

In addition to Gilder and Simon, representatives from the Washington Mystics (Ted Leonsis), the Dallas Wings (Bill Cameron and Brad Hilsabeck) and the Los Angeles Sparks (Eric Holoman and Mark Walter) are all investors in the league’s capital raise.

As for the rest, not much is known about the investment and investment aspirations of ​​the Mohegan Tribe and their managing group Mohegan Gaming & Entertainment, which oversees the Connecticut Sun. At least they can say they haven’t struggled with securing their home arena during the postseason. Meanwhile, the Phoenix Mercury and their governor, Robert Sarver, have dealt with this issue time and time again.

Mercury center Brittney Griner explained her feelings about not being able to play any playoff games in the team’s home arena until the fourth game of their semi-final series against the Aces.

“We’re going to be the ones they have to move around. It’s our season, we got to do the moving. That’s just us,” Griner said. “It’s sad to say, but unless you’ve got something between your legs, you’re not high-priority. They wouldn’t move the f–king Suns to [Grand Canyon University] for a playoff game. They’d figure out a way to move that concert.”

Another issue that has come up for W franchises in recent years is a lack of personnel on staff. In Chicago, James Wade is the team’s head coach and general manager. This structure exists on other rosters like in Minnesota with Cheryl Reeve and in Washington with Mike Thibault. But there’s a difference: both Reeve and Thibault have assistant general managers in Clare Duwelius and Maria Giovannetti.

Wade has nobody to help manage the salary cap and roster construction. (The Sky also have Ann Crosby working two jobs; she’s listed as their strength and conditioning coach and basketball operations director.)

So why do these politics within the board of governors matter to the league at large? It’s a no brainer. The three factions that have formed could be a hindrance when it comes to how the WNBA approaches expansion. League expansion is bound to be a lot easier with a more united front.

How is Engelbert going to handle the minority of governors who come from the old-school belief that just their presence is enough? Does she find a way to get them to sell their franchises?

One thing is clear: The WNBA doesn’t need any more self-placed roadblocks in the way of its growth.