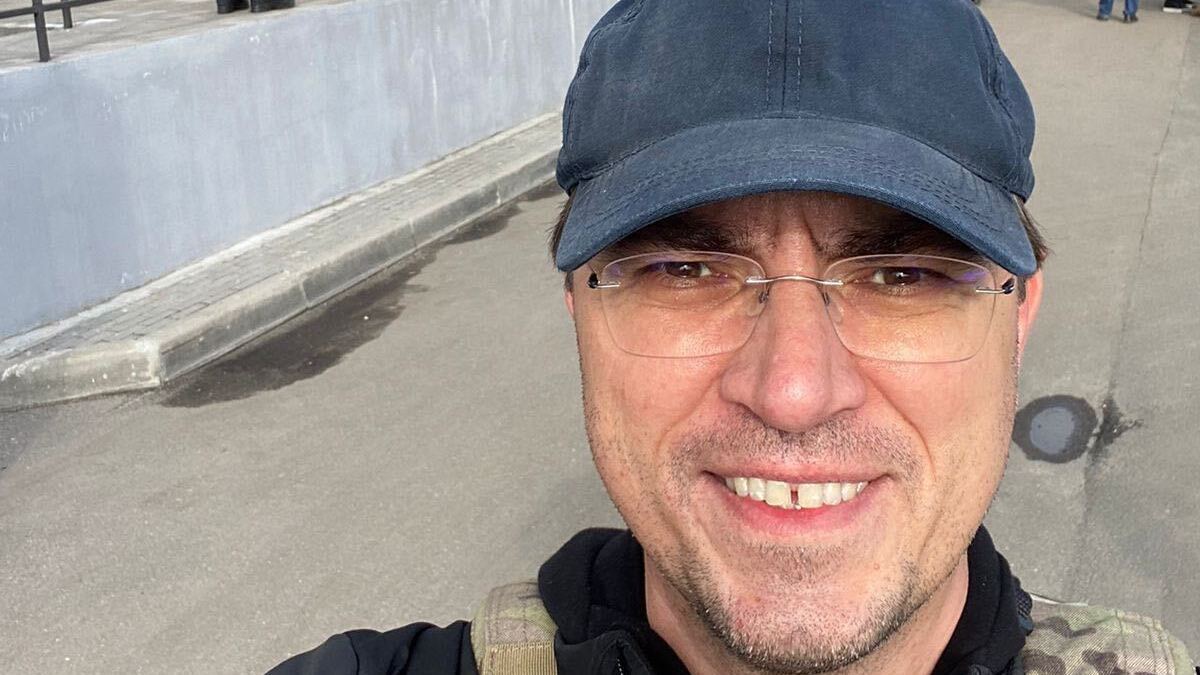 Volodymyr Omelyan says he believes that defending the Ukrainian capital, Kyiv, is important. It is a city he feels like he belongs to.

Volodymyr Omelyan says he believes that defending the Ukrainian capital, Kyiv, is important. It is a city he feels like he belongs to.

Volodymyr Omelyan is among the thousands of Ukrainians who rushed to enlist after Russia invaded Ukraine last week. Speaking to NPR by phone Wednesday, he said he’s confident Ukraine will prevail, despite facing Russia’s much larger military.

“We are 100 percent sure that we will win,” he said in an interview on Morning Edition. “No doubt about that. Definitely.”

Ukrainian military officials say their forces have managed to secure several notable victories against Russia’s military — but they warn that the Russians seem to be adjusting their strategy. Russia is relying on “the criminal tactics of long-range shelling of peaceful cities,” Ukraine’s defense minister, Oleksii Reznikov, said in an update on the fight.

Omelyan concurs with that assessment — but he said Russia’s approach might backfire, saying it’s provoking not only terror among citizens, but anger.

“They are trying to spread panic among the civilians, bombing them, but they get different response to such actions,” he said. “People are getting furious and people are ready to kill Russians. Even civilians which never took any kind of gun in their hands.”

“They were always [saying] that it’s like the second army in the world, but it turns out to be very weak, and we crushed many of their brigades,” he said.

On Wednesday, the Russian Defense Ministry made its first announcement of substantial casualties in Ukraine, saying 498 personnel were killed and 1,597 injured.

Omelyan said he believes the Russians’ main goal is not to occupy the entirety of Ukraine, but to get control of the capital, so Moscow can install a puppet government and manufacture news stories about a successful conquest of Kyiv.

Last week, Omelyan told NPR that he joined Ukraine’s military to protect his family. He also said he was certain his country will win. A week later, that hasn’t changed.

“We will never surrender,” he said.

He thanked the U.S. and its European allies for their support, saying he hopes Ukraine can become a member of the EU. He called for NATO to become more involved, citing the Russian military’s killing of Ukrainian civilians. And he reiterated that Ukraine needs more equipment to help it fight.

“We need [an] urgent supply of anti-missile and anti-military aircraft systems to clear the skies from invasion,” he said. “And we will handle the land occupation easily.”

Which Face Mask Is Best for You?

Why getting dressed for work has never been more confusing