Rouble/interest rates: knock-on effects of sanctions will ripple beyond Russia 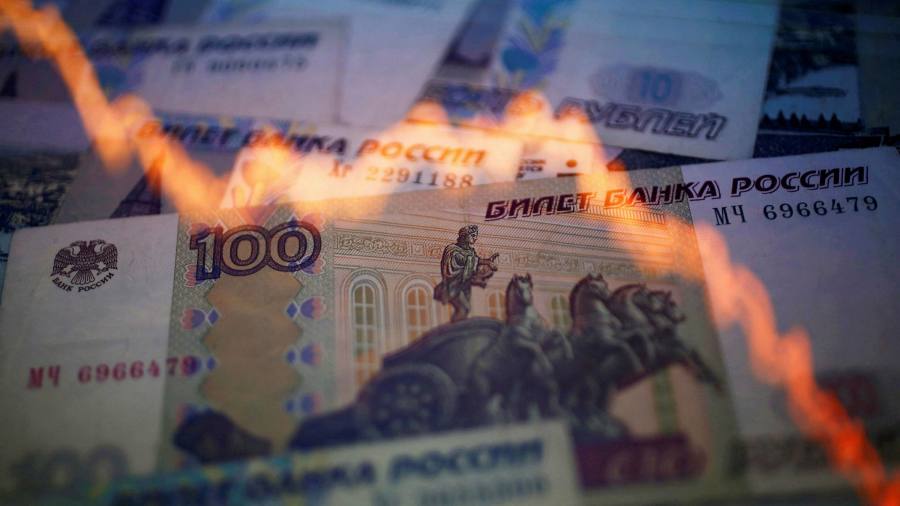 
Tanks are harbingers of financial chaos as well as physical destruction. Russia knows this as well as any other country. The first Chechen war drained government coffers and precipitated the Russian financial crisis of 1998. The question this time is how far the ripples will spread beyond Russia.

The most alarming portent is the rouble’s freefall after western leaders proposed much tougher sanctions. They plan to freeze assets of the Russian central bank, prohibit dealings with it and expel some Russian banks from the Swift international payments network.

The shock via Russia’s estimated $630bn of foreign exchange reserves is reduced by its shift into assets the west cannot touch and relatively low government debt levels. Even so, the sanctions package is a declaration of financial war.

The central bank doubled interest rates to 20 per cent to protect the rouble. But the currency was down nearly a fifth to 104 against the US dollar. Russians were lining up at ATMs from Sunday.

Liquidity evaporated in a blink. The stock market did not open. Rouble-denominated bonds did not trade. Dollar eurobonds halved. The cost of swaps to insure against a Russian default spiralled to 37 per cent of bonds’ face value.

The world financial system is fragile. The pandemic is not over yet and government balance sheets are laden with debt. There is scope for the Russian financial crisis to amplify other shocks — surging emerging market food prices, for example. Financial crises overlapped in Russia and Asia in the late 1990s. Victims included US hedge fund Long-Term Capital Management.

War and sanctions will dent domestic economic growth and inflate prices, exported to the wider world via hard currency-denominated oil and gas.

For sure, exposures this time around are mostly less pronounced. Russia has faded in importance as an investible market, accounting for less than 4 per cent of MSCI’s emerging markets equity index.

But there will be plenty of pockets of financial pain, from businesses leasing aircraft to Aeroflot to swanky British boarding schools with Russian pupils. Bond coupon payments will be disrupted. There is a heightened danger of cyber attacks of the kind suffered by Toyota.

The subtlest threat is of dislocations we cannot foresee: Lehman moments when panic spreads and markets seize up. Small or middling setbacks for businesses then become existential threats. The war means this threat is greater now than it has been since the early days of the pandemic.

The Lex team is interested in hearing more from readers. Please tell us how serious a threat you think the Ukraine war is to financial stability in the comments section below