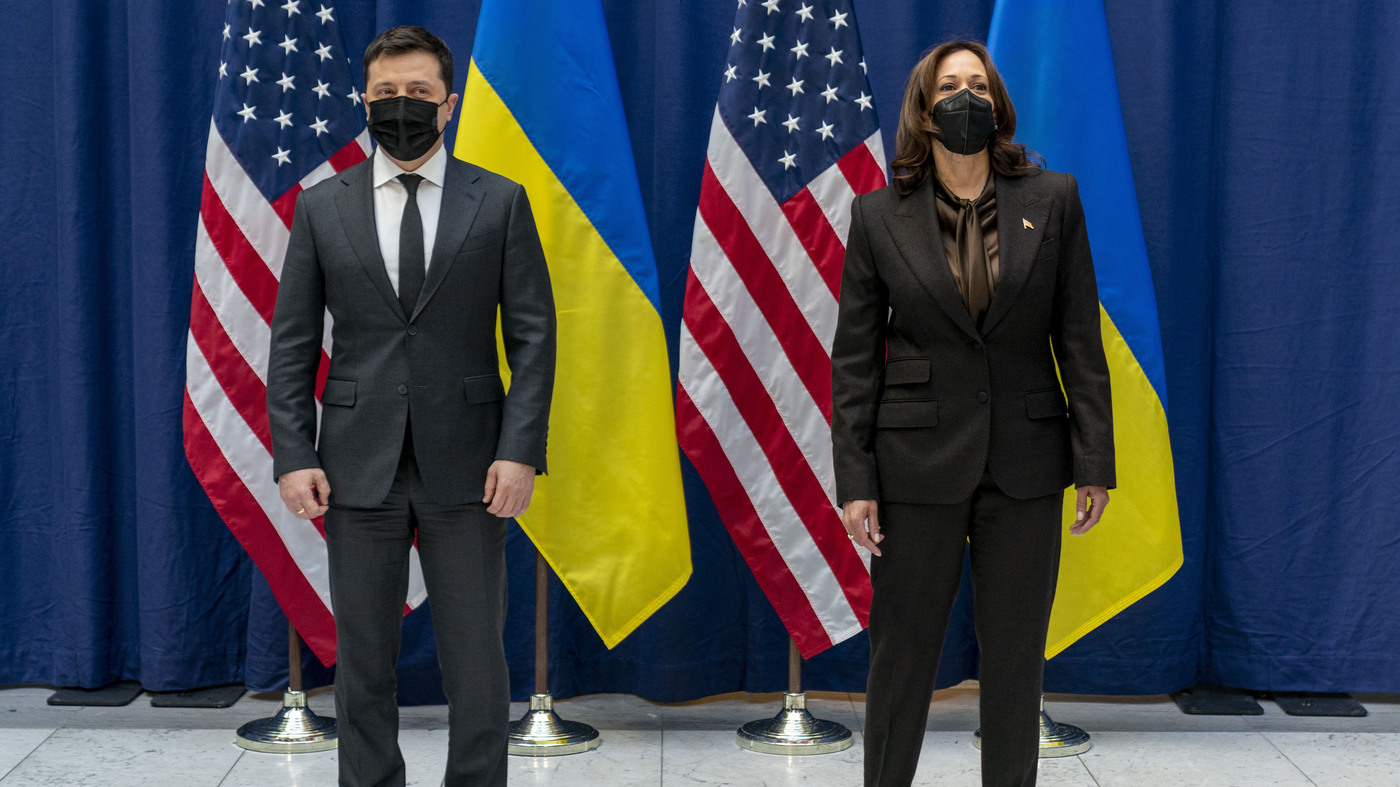 Vice President Harris and Ukrainian President Volodymyr Zelenskyy met Saturday at the Munich Security Conference in Germany Saturday morning to discuss aggression from Russia and how the U.S. and its allies would respond.

Vice President Harris and Ukrainian President Volodymyr Zelenskyy met Saturday at the Munich Security Conference in Germany Saturday morning to discuss aggression from Russia and how the U.S. and its allies would respond.

Vice President Harris on Saturday assured Ukraine President Volodymyr Zelenskyy that the U.S. takes Russian threats against Ukraine seriously and that economic sanctions against Moscow would be “swift and severe” if Russia invades Ukraine.

The two leaders met at the Munich Security Conference in Germany, as the threat of invasion from Russia continues to grow.

“The United States takes seriously the importance of the territorial integrity of Ukraine and you’re sovereignty,” Harris told Zelenskyy before their meeting. “If Russia further invades your country, as I mentioned earlier today, we will impose swift and severe economic sanctions.”

Harris also emphasized that the U.S. prefers a diplomatic solution. Zelenskyy agreed and said “the only thing we want is to have peace, bring peace back to our country.”

Zelenskyy specifically mentioned support from the U.S. for Ukraine’s army and said the aid was not just going toward his country, but that, “we are protecting Europe.” He said he was looking forward to speaking more with Harris about military support and economic sanctions on Russia.

In a speech at the conference earlier Saturday, Harris said Russia’s actions “do not match their words” when it comes to solving this conflict diplomatically, and said the U.S. and its allies remain ready to respond if Russia chooses to invade Ukraine.

“We will target Russia’s financial institutions and key industries. And we will target those who are complicit and those who aid and abet this unprovoked invasion,” Harris said.

“Make no mistake: The imposition of these sweeping and coordinated measures will inflict great damage on those who must be held accountable. And we will not stop with economic measures. We will further reinforce our NATO allies on the eastern flank,” she said.

On the border, tensions remain high. Overnight, one Ukrainian soldier was killed in the Donetsk region, marking the first casualty since January. He died of a shrapnel wound to the head.

And Russian-led forces have fired on a checkpoint in the Luhansk region, where a convoy of humanitarian aid from the Office of the U.N. High Commissioner for Refugees was moving from the temporarily uncontrolled territory, according to the Commander-in-Chief of the Armed Forces of Ukraine Lt. Gen. Valeriy Zaluzhniy.